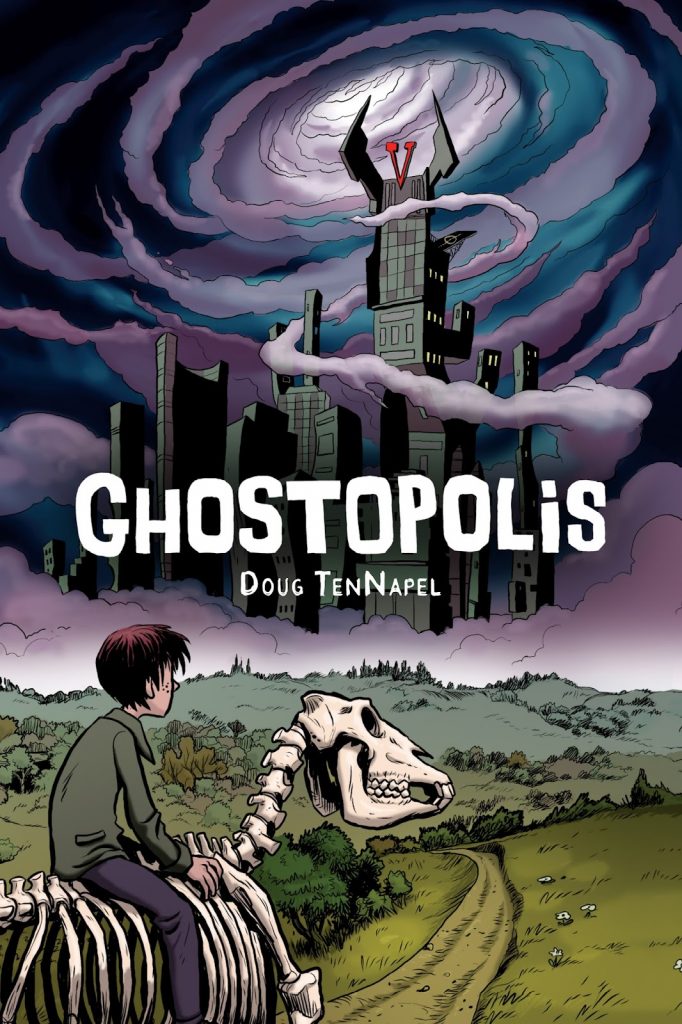 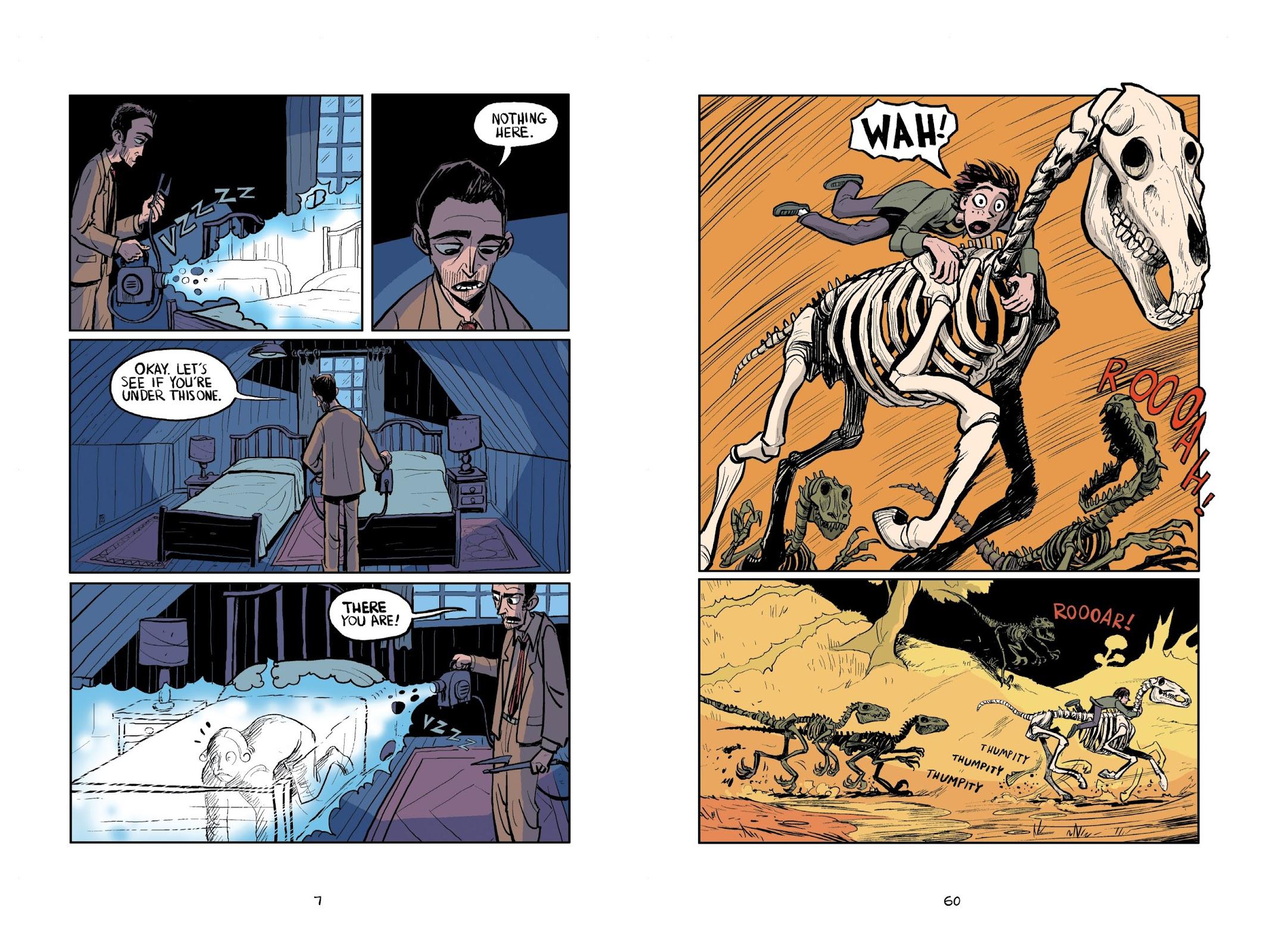 Ghostopolis opens with a mother driving her young teenage son while he acts out an amusingly morbid fantasy about a crashing plane. However, after establishing that ghosts manifest on Earth and The Supernatural Immgration Task Force deal with them as per the sample art, Doug TenNapel drops in the major shock that Garth has an incurable condition. There’s a further shock when Garth takes an earlier than anticipated trip to the afterlife because agent Frank Gallows doesn’t check properly when activating his ghost transportation equipment.

Perhaps the subject matter might be considered too morbid for a young adult graphic novel, but TenNapel treats everything as a comedy with big panels featuring exaggerated gag reactions. Other than it being funnier, there’s no explanation for why dead people still resemble people while animals in the afterlife are skeletons, but it provides a good visual contrast. He also wades in head first in treating one of the anomalies about ghost sightings. Why is it that the ghosts people claim they see are always people or domesticated animals? Why does no-one ever see a dinosaur? In Ghostopolis the skeletal dinosaurs are fearsome. Other possible anomalies are explained along the way, and TenNapel has fun drawing assorted strange creatures found in the afterlife in detail packed panels, the King of the Bogeymen sure to delight young boys.

Early casual mentions prove to be well-concealed foreshadowing as Garth’s adventures in the afterlife continue, although people have to know who Benedict Arnold is for maximum value in one case. As Garth explores his new environment, a conscience-stricken Gallows knows he has to make amends. Ghostopolis is the afterlife’s major city, and it’s there that the malign presence of Vaugner lives, in effect a ruler, having conjured insects from the Underworld who keep everyone else in line. Garth’s purpose then becomes twofold, to return home and to deal with Vaugner, who’s already spotted his magical potential.

Ghostopolis keeps readers on their toes, frequently introducing new surprises, and is fun and funny, while supplying fast-paced adventure all the way through, although the climactic battle could have been cut by a few pages. The best trick is that despite the way it might seem at the beginning, it’s actually an uplifting story of recovery and redemption.