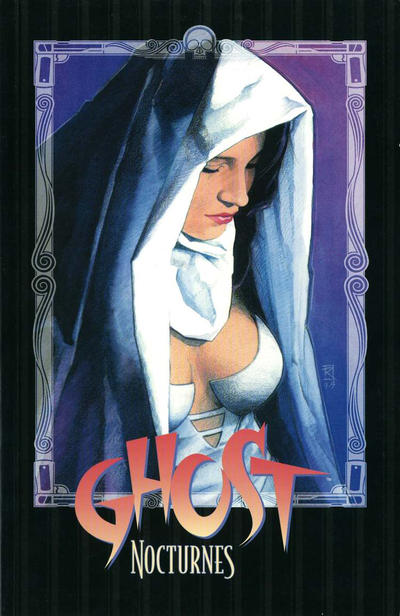 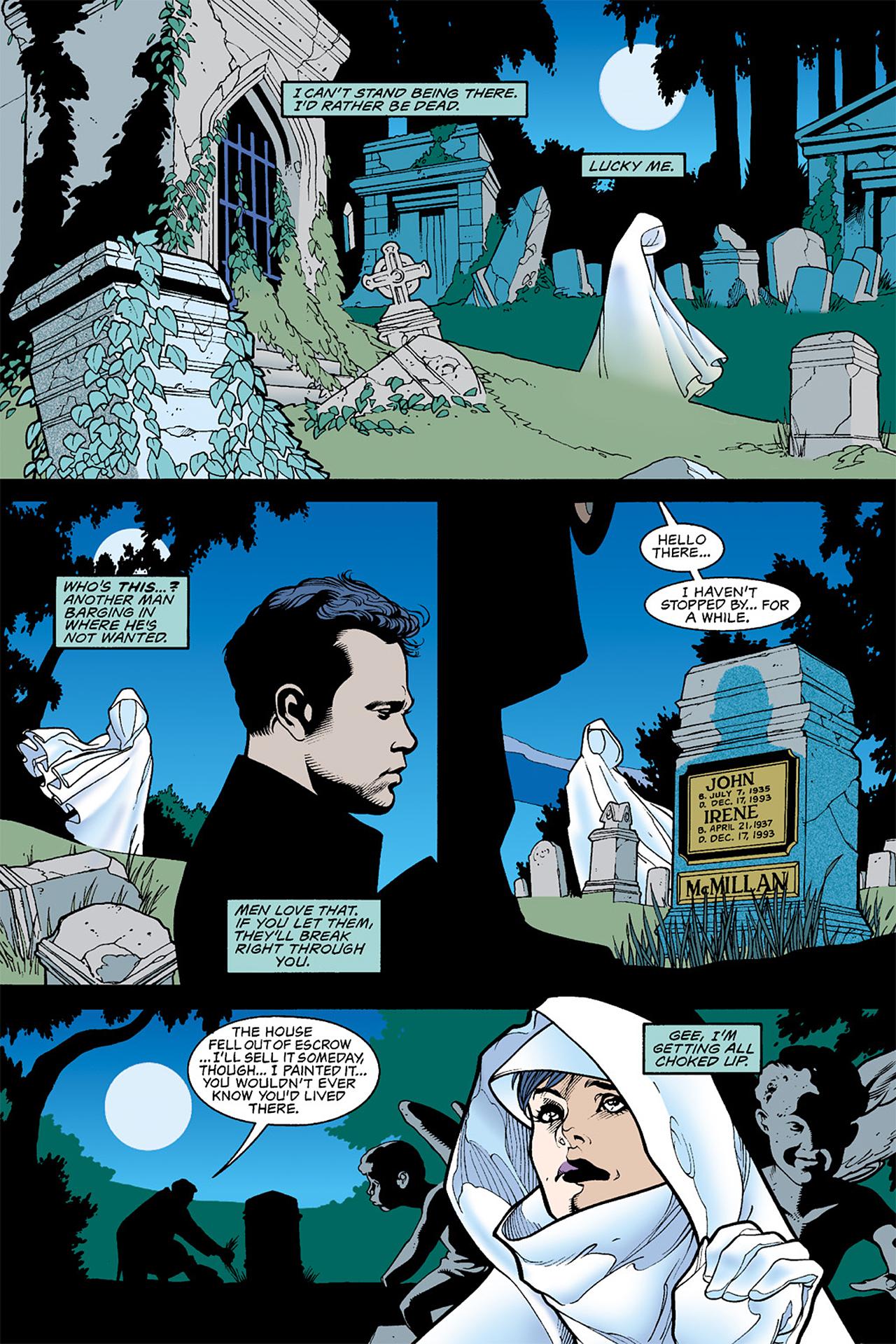 One of a dozen features created for Dark Horse’s short-lived Comics Greatest World in 1993, Ghost outlived them all by some considerable distance. Elisa Cameron was murdered, and in material found in Ghost Stories discovered for her death wasn’t fatal, recovered her memories, and continued to fight crime as a pulp-inspired two-barrelled avenger. She’s also able to teleport, but this involves entering a hellish other dimension, so not an ability to be used lightly.

What makes Ghost stand out is the art of Adam Hughes. It’s early in his career, although after his Justice League work, and he’s applied a lot of thought to the character. For starters, although Ghost is in effect a superhero, Hughes draws the material as if it’s gothic horror. Most of it is set at night, in which shadows and fractured light provide the primary mood, he lapses into black and white for sequences from the past, and there’s a timeless ornate quality to his architecture. Hughes would later become famous for his portraits of women in classic pin-up style, and there’s certainly an element of objectification about Ghost, but also a restrained sensuality. Eric Luke’s scripts utilise the seamier side of town, so Hughes is more explicit for scenes set in a strip club. A variety of artists contribute to the closing chapter alongside Hughes, in order Casey Jones, Paul Guinan, Colleen Doran and Tom Grummett. Jones is very much out of his depth, but the others all work well on the brief fantasy interludes they’ve been allocated.

Luke’s comic writing was almost exclusively confined to Ghost and Wonder Woman, and while undeniably integral to Ghost’s success, he has an odd approach. It’s as if everything connects in his head, but isn’t quite clarified on the pages. While that would be a disadvantage on other titles, it establishes a distinctive ethereal world for Ghost, creating tension because there’s always something beyond the reader’s grasp. Luke’s dialogue can be florid and oblique, both for Ghost’s internal thoughts – “all the Chinese algebra in the world can’t stop a bullet” – and more deliberately for the main villain, who’s the essence of pomposity. While not every story needs to be spelled out, by the end of matters cause and motivation are still far from clear.

Dark Horse centred their new superhero line by establishing them in a variety of cities, so Arcadia is also home to King Tiger, who has a part to play, and voices the strange revelation that ends the opening three part tale. Nocturnes is now more easily found within the first Ghost Omnibus, where it’s followed by the material that resolves matters. Here we instead skip that and move to a story featuring the far seedier art of Lee Moder. Cleavage is more obvious, clothing less, and anatomy poorer. At least Luke makes the sensible decision to have Ghost set up in an apartment rather than continuing to haunt the cemetery. It’s otherwise a better script than his earlier material, with a Predator on the loose and Luke toying with expectations.

There are better written collections of Ghost’s life, but none of them feature as much Hughes art, so that’s your choice.