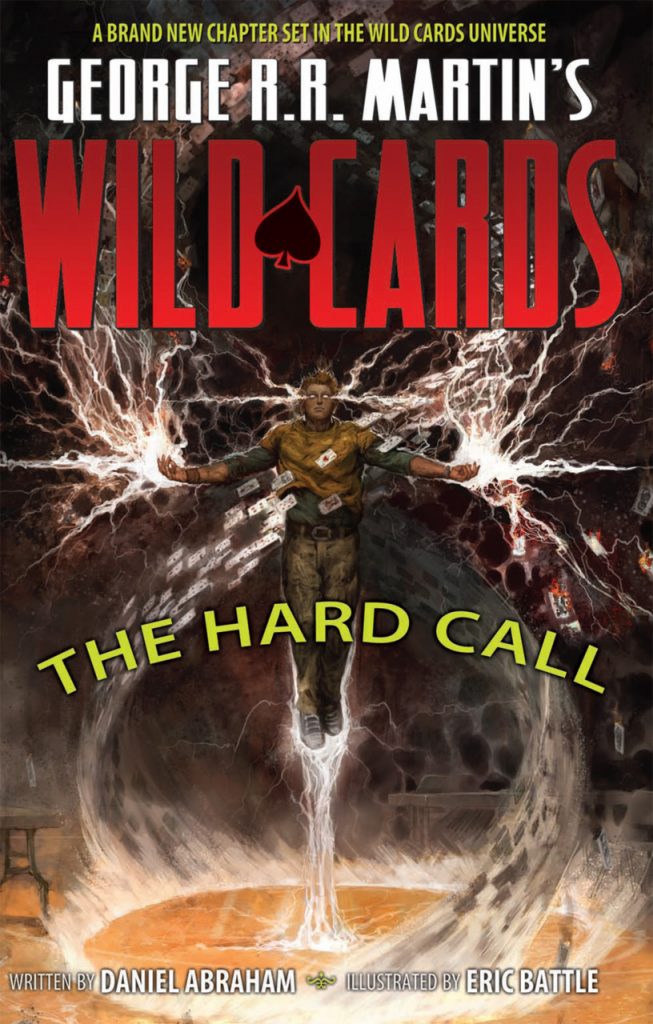 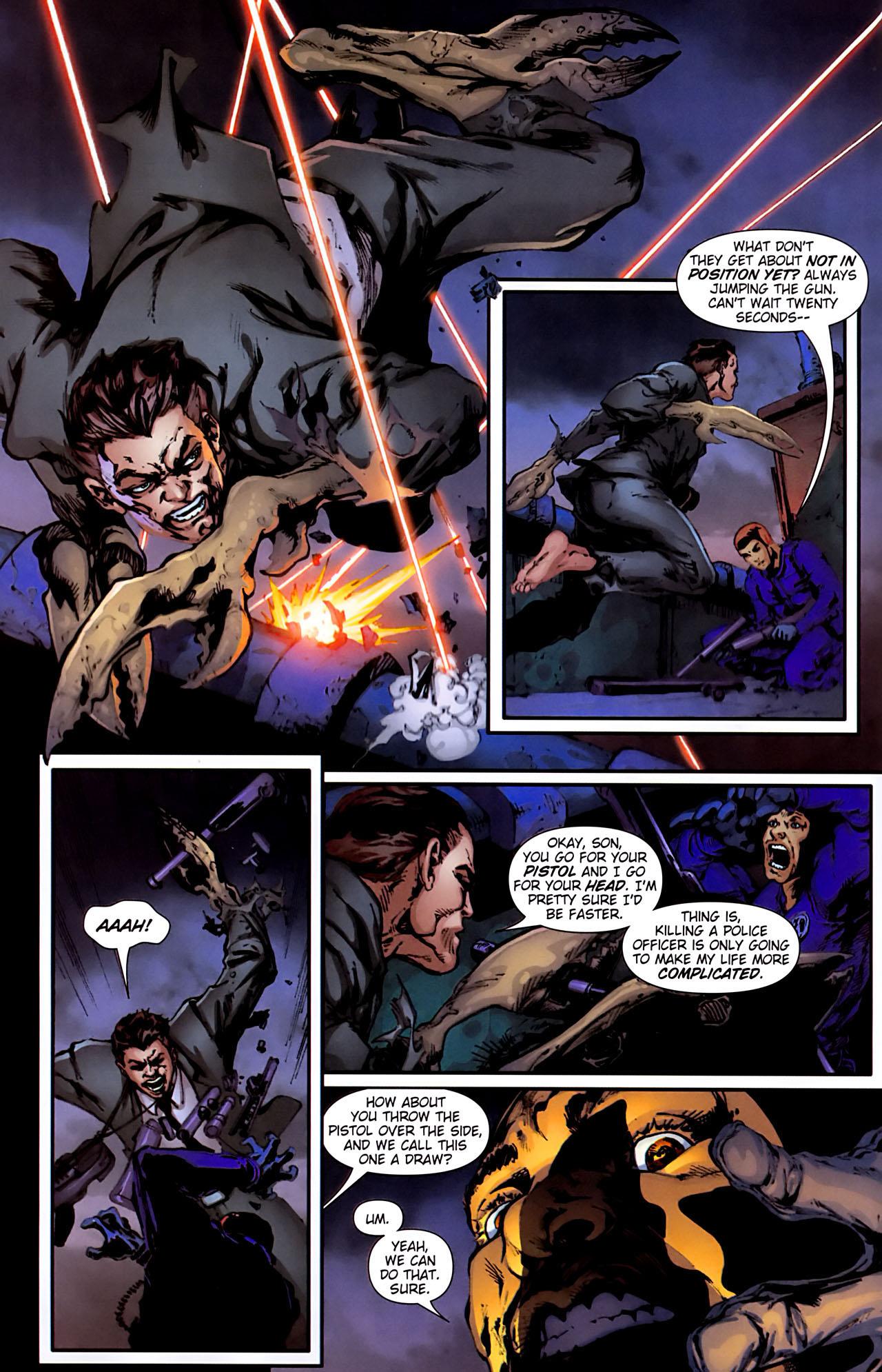 Game of Thrones, or A Song of Ice and Fire as it was before TV, isn’t the only successful series of novels George R. R. Martin’s been involved with. Wild Cards is a world of superheroes and tragic mutations, the transformation beginning in 1946 when an airborne alien virus was loosed above New York. Not everyone was affected, but the luckiest drew an ace, meaning they developed super powers with no great physical alteration, although these are not all heroes. Some just died, but far more likely was that they became a Joker, mutated into mis-shapen and non-practical forms. In book form this was an ensemble series, overseen by Martin, but with numerous other writers also contributing stories, providing thrills while addressing social problems at a step’s remove.

For the graphic novel version Daniel Abraham and Eric Battle produce an original story set in the present day with Croyd Crenson at its core. Known as the Sleeper, every time Crens0n awakens from a sleep akin to hibernation, he’s physically transformed with a different super power. He’s not always operated on the side of right, and hanging over him is that he reaches a point where he needs to sleep. Amphetamines help fight it off, but the longer he does, the more erratic he becomes. Over the first chapter we learn about Croyd while Abraham provides a display of what the Wild Card virus is and its horrifying potential. It’s tied in with someone with an agenda causing a lot of distress, and a drug called Trump, which can cure mutated Jokers if it doesn’t kill them.

Abraham is Martin’s collaborator of choice, having worked with him on several projects before his own The Expanse novels were adapted for TV, and has a tidy way around the Wild Cards world. He introduces interesting ideas, hits the right dramatic beats, creates the cast well and with some depth, and if at times he attempts to squeeze too many words onto a page it’s not a fatal flaw.

Unfortunately, despite a serviceable plot and an interesting cast, The Hard Call doesn’t thrill as it should, and that’s down to Battle’s contribution. He’s handicapped on pages when Abraham exceeds a viable word count, but can draw in proportion most of the time, and there’s nothing wrong with his character designs. When it comes to laying out a page, however, he lacks design skills. It’s not a matter of detail either, as Battle supplies that, but his choice of viewpoints and close-ups result in dull looking pages when they should be sparkling with life.

In addition to Croyd, the only familiar Wild Cards character seen is Troll at the Jokertown Clinic, and his isn’t a large role, with everyone else Abraham’s creation, which makes this a variation even hard core Wild Cards fans can skip. Marvel produced a Wild Cards comic in the 1990s, also flawed, but with far better art. It was never collected in book form.