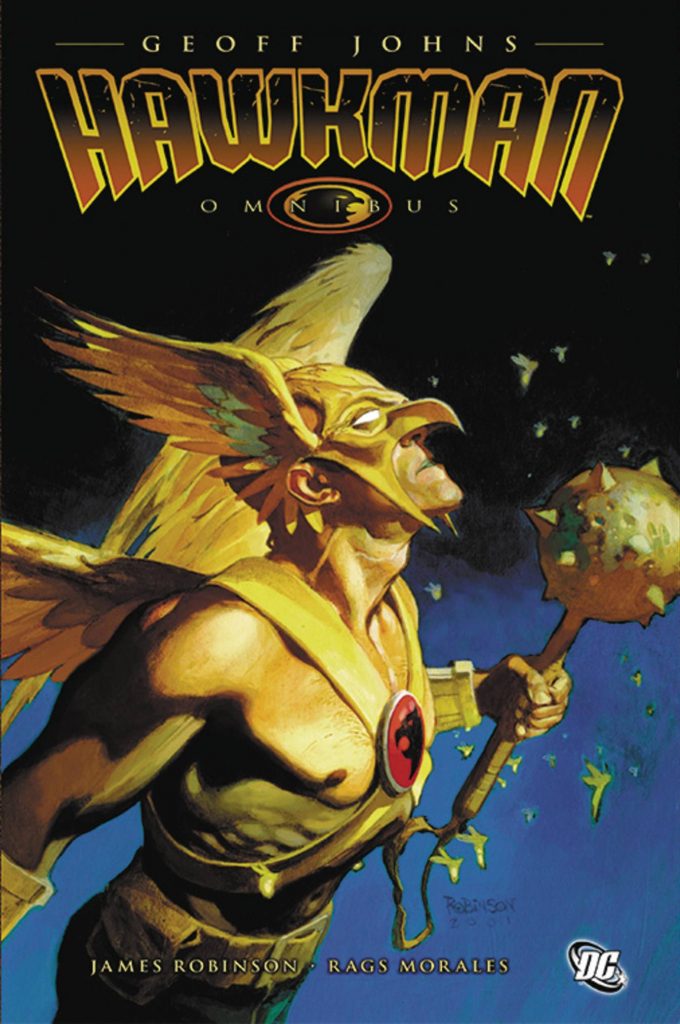 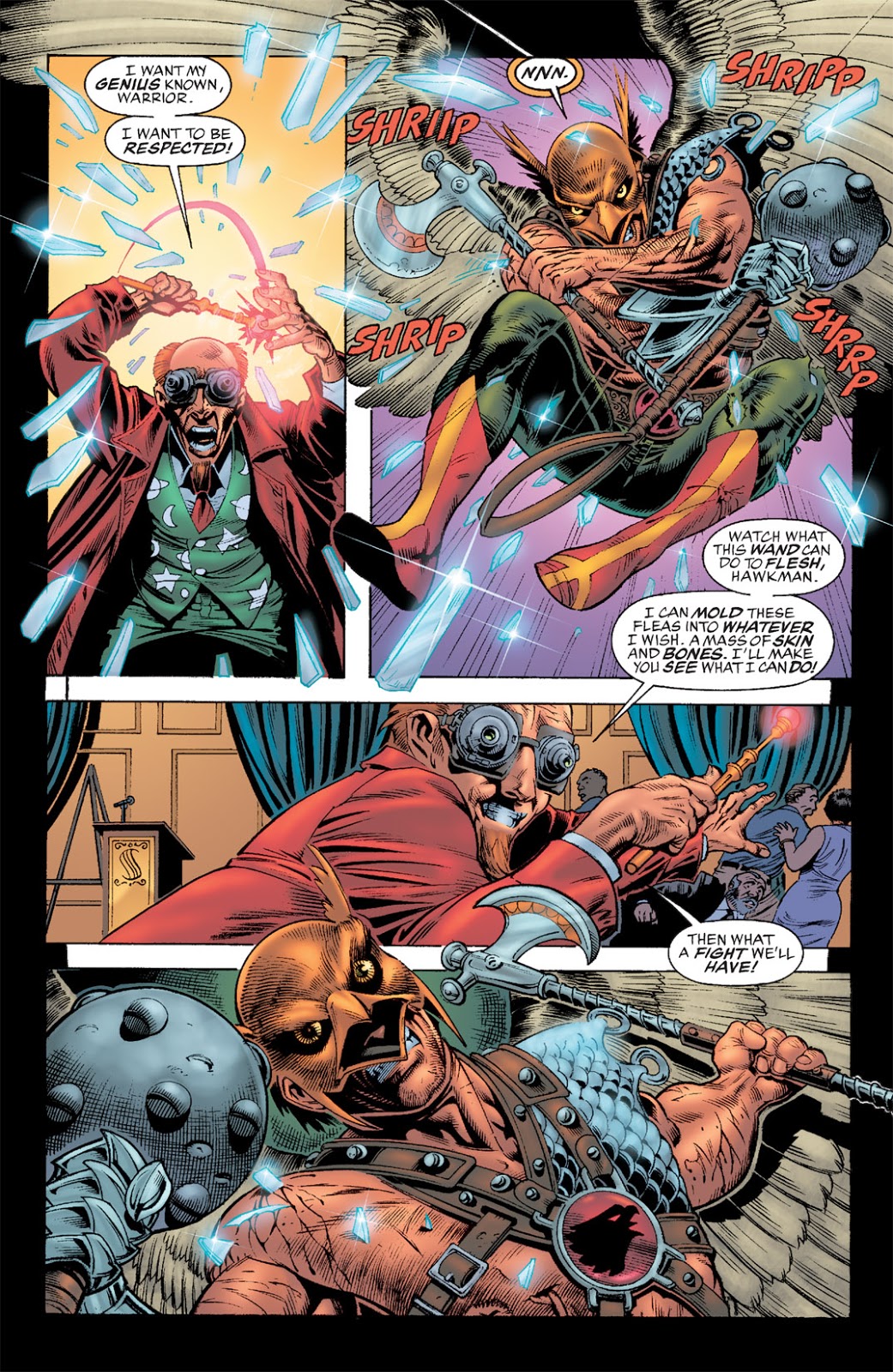 Hawkman’s publication history stretches all the way back to the 1940s, when he was considered such a big hitter he was a member of the Justice Society of America from start to end. By the 1960s revival a hero whose only power was flight was already dated, and although there have been few where the quality was poor, each successive revival has failed to stick in the long term. However, they run for just long enough to suggest that with the right approach Hawkman could once again fly high. In 2002 it was Geoff Johns’ turn to try his hand, initially in the company of James Robinson.

Johns had already sorted out Hawkman’s complex and contradictory continuity in the pages of JSA (see The Return of Hawkman), establishing him and Hawkgirl as tragic lovers from ancient times, their souls destined to be resurrected continually, yet to die again at the hands of the same resurrected villain. The twist for this incarnation is Hawkgirl isn’t at all attracted to Hawkman be it as superhero or as archaeologist and lecturer Carter Hall.

A delight of oversize Omnibus presentations is that good art really shines, and there can be no complaints on that score with Rags Morales responsible for 75% of it. His action style leaps off the pages. Don Kramer is the only other listed artist to contribute more than a single chapter, and he has an equally energetic superhero style. The trio of fill-in artists are all known quality, the only pity being that there’s no Hawkman action in José Luis García-López’s contribution. Still, it’s twenty pages of gorgeous elegance.

Johns takes a while to warm up, and even once he’s found his direction the quality is inconsistent, although generally upward to the end. The primary theme of the book’s first half is Hawkgirl’s investigation into who murdered her parents, which sidelines Hawkman to a degree. Also prominent is the idea that Hawkman remembers much of his past lives, and some are investigated. There aren’t many credible villains in Hawkman’s past, but Johns uses those who have some traction, although it could be felt that Shadow-Thief is wasted. Matter Master is about to get his on Morales’ sample art. Gentleman Ghost is seen, and Johns provides a logical reason for his tormenting Hawkman in particular, one of a number of nagging little details about the characters that are cleared up in passing. For all that, there’s rarely a multi-chapter story that hits the spot from start to finish. The return of Hawkwoman from the 1990s Hawkworld series begins a neat three-parter, and the closing ‘Black Reign’ crossover with the Justice Society is a superhero thriller. Otherwise there are guest stars galore (Animal Man, Atom, Black Adam, Green Arrow, JSA), Johns defining their relationship with Hawkman in most cases, but a lot of material that doesn’t transcend average, especially over the first half of the Omnibus.

If you’d prefer, the content is split over two volumes of Geoff Johns Hawkman, and was previously issued in trades titled Endless Flight, Allies & Enemies, Wings of Fury and JSA: Black Reign. Beware of the cheaper used option, though, as Allies & Enemies inexplicably misses out the two chapters in which Hawkgirl discovers who killed her mother.