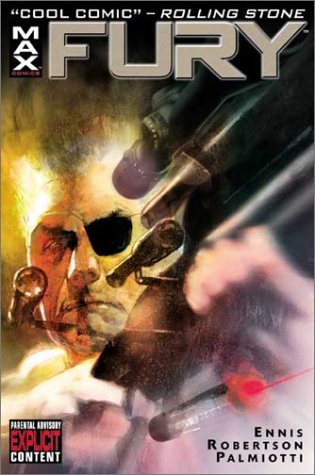 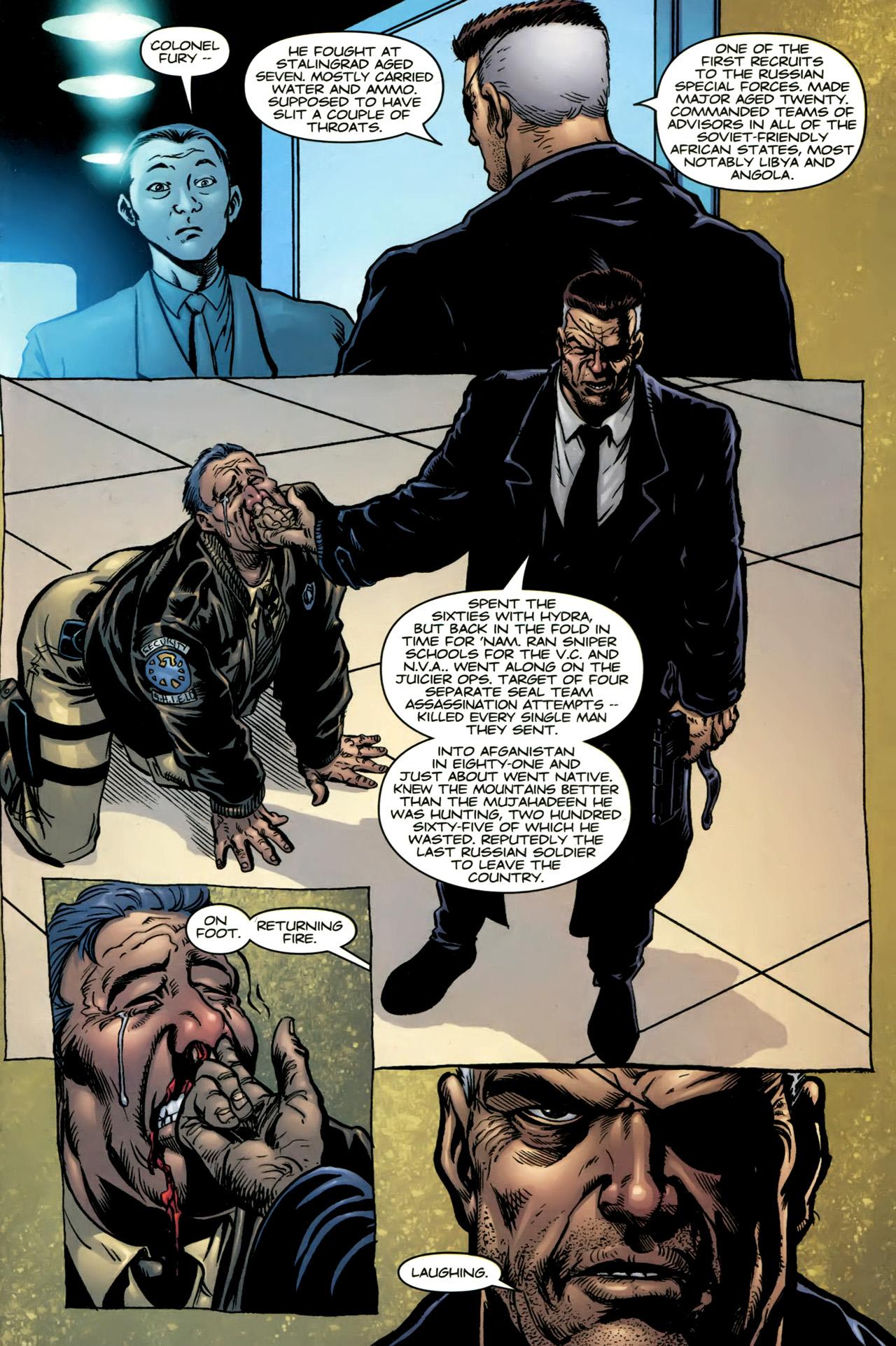 After years of running S.H.I.E.L.D. and taking a direct hand in their operations, Nick Fury is deemed a redundant relic, surplus to requirement in the new technological world of espionage where mealy-mouthed bureaucrats rule the roost. Worse still, his friends are slowing down, giving up the booze and cigarettes, and the single offer he has to recreate the good old days is one he has no trouble turning down.

Garth Ennis gave the Punisher a phenomenally successful reboot with Welcome Back Frank, and applies the same comedy action approach, but it’s a formula that doesn’t work nearly as well applied to Fury, largely because he’s not the taciturn and relentless force of nature. Fury is split into two very distinct halves, the first of which is Ennis divesting himself of a few justified rants concerning the US fear of communism and modern bureaucracy, and the second is an in-country mission, against a wily and implacable foe determined to make the most of an opportunity.

Artist Darick Robertson isn’t too keen on the office based chapters, his layouts basic instead of interesting, but sets about the violence of the final sequences with a relish. As Fury was released as part of Marvel’s Max imprint for a more adult audience, there are no limitations of good taste, and Ennis gleefully litters the script with swearing, sexual situations and extreme violence, largely for the sake of it. Robertson doesn’t hold back with the illustration either, and if you’ve ever had a curiosity about seeing someone strangled with their own intestines, this is the graphic novel for you. It’s not subtle, and it is predictable, as despite a few good comedy moments Ennis is going through the motions, strip-mining his own work for characters, and depending on shock to carry too much of the plot. When at the end he makes a serious point about Fury, it’s melodramatically overplayed, out of place, and trivialised by what’s come before.

However, just as Ennis’ comedy take on Punisher eventually ran out of steam and he replaced that with a run of monumentally good action thrillers, years later he’d return to Fury and offer some redemption. That serious insight was the starting point for My War Gone By.