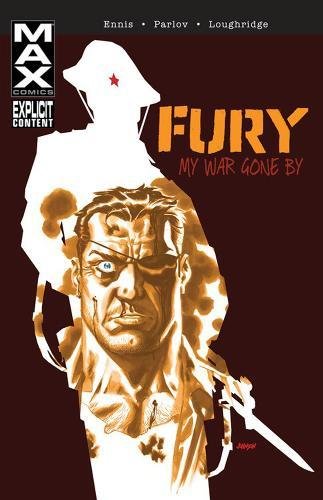 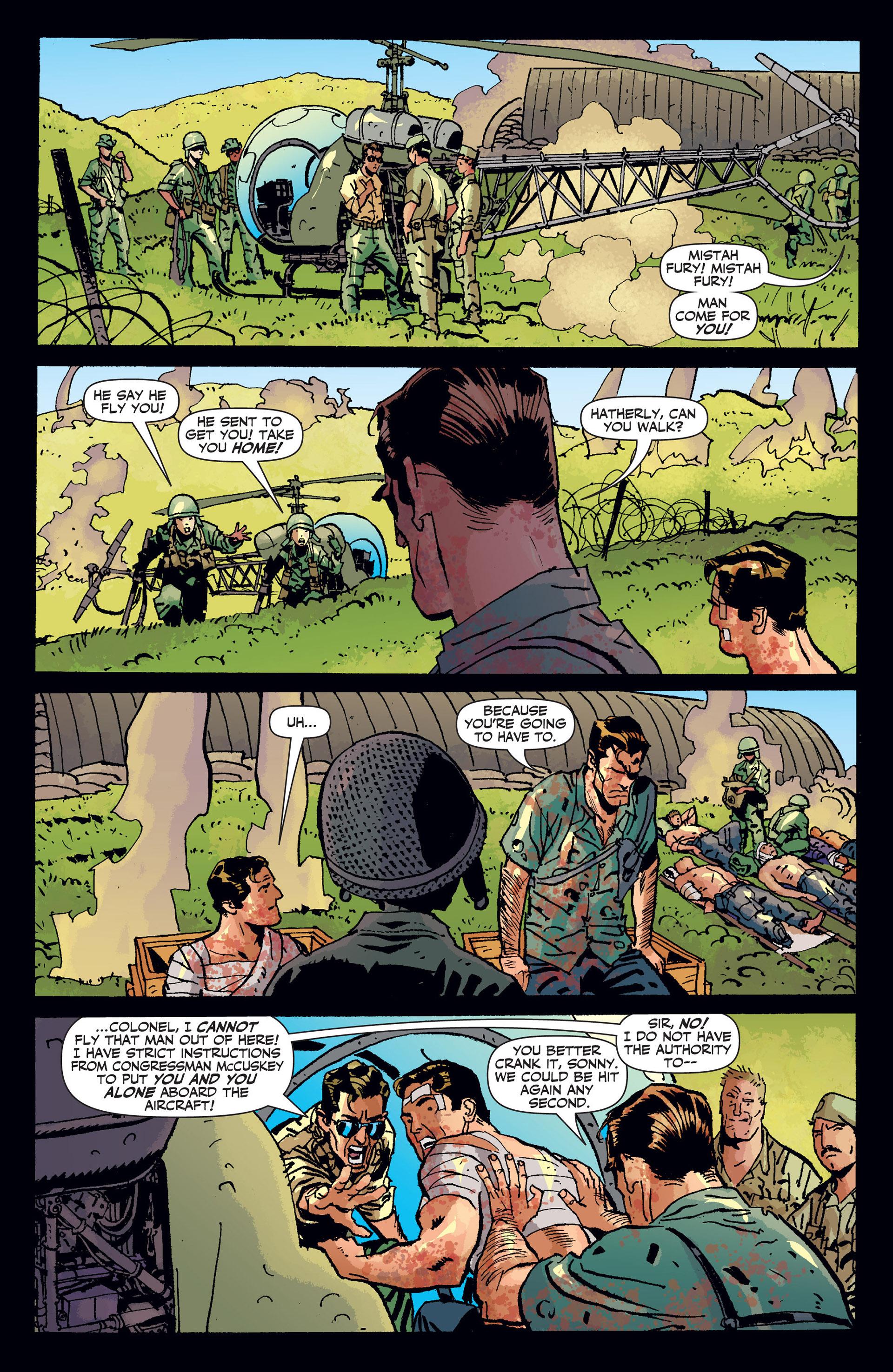 Back in the day Marvel produced plenty of stories about Nick Fury’s World War II exploits with the Howling Commandos, and he’s been well established since the 1960s as head of global peacekeepers S.H.I.E.L.D. The period between the two, however, has remained relatively unknown territory, covered in passing as a few panels of backstory if at all, so it’s fertile ground for Garth Ennis to explore the cold war era in four connected three episode stories, the first two collected here.

He picks up with Fury as the CIA station chief in what was then Indochina, now Vietnam, officially as an observer to the Vietnamese attempting to rid the country of their French colonial overlords. In a clever introductory episode Ennis sets up Fury’s absolute loyalty to the men under him, that he considers no life collateral loss, while establishing the American priorities of the era. This opening shot is a rich mixture of war and politics, introducing characters who’ll continue through the series. The passionate Hatherly grows into his career, leaving Fury, the very capable congressman’s secretary Shirley Defabio and a German mercenary to steal the show. Steinhoff is fascinating, a former tank commander, a giant  man with vast military experience and a very capable fighter with or without weapons. What cements him as so memorable, however, are his completely unpalatable views as an unrepentant Nazi.

Goran Parlov’s contribution to two excellent stories is immense. He defines the cast via the way they move and with their expressions, is an artist who doesn’t take the shortcut of closing in on the characters all the time, and who provides richly illustrated panoramas. Every location is well imprinted and convincing. Where there’s beauty and colonial opulence we’ll see it, but Parlov also draws fantastic battle scenes, and a memorable sequence sees a bloodied and concussed Fury just observing the carnage around him.

By 1961 Fury is in Guatamala training ex-pat Cubans for the CIA leading up to the Bay of Pigs fiasco, when it’s decided he should undertake a personal mission to accompany that invasion. Beyond Fury, the common thread is the commanders and politicians doing what they consider expedient, ignoring all the life saving advice from the people in place who know what they’re talking about. It’s an even darker story than the first, a power attributed by the events being more widely known, and Ennis personalising them via dramatising events in Cuba rather than the political discussions usually seen. It’s bleak, it’s depressing and it’s beyond belief, and that’s for people who know their history. Anyone reading it cold is in for one hell of a jolt on encountering the idiocy of what’s done in the name of dogmatic ideology.

As Ennis has in effect constructed an episodic novel from Fury’s career, it’s perhaps best read as a single collection rather than this and volume two, where Fury heads back to Vietnam. 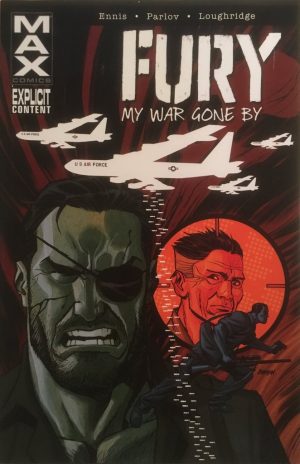