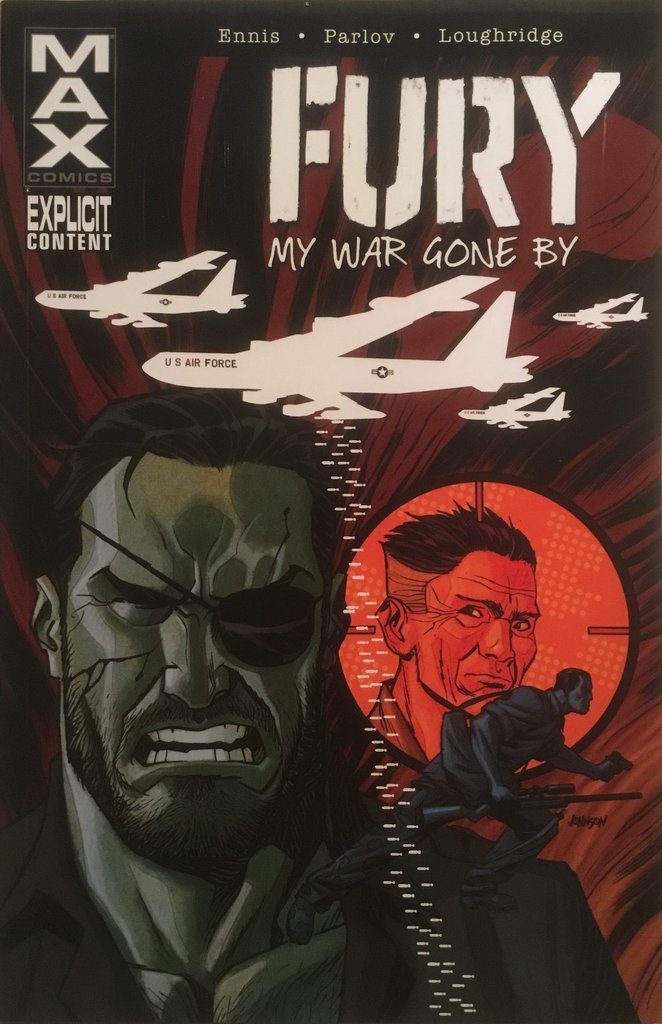 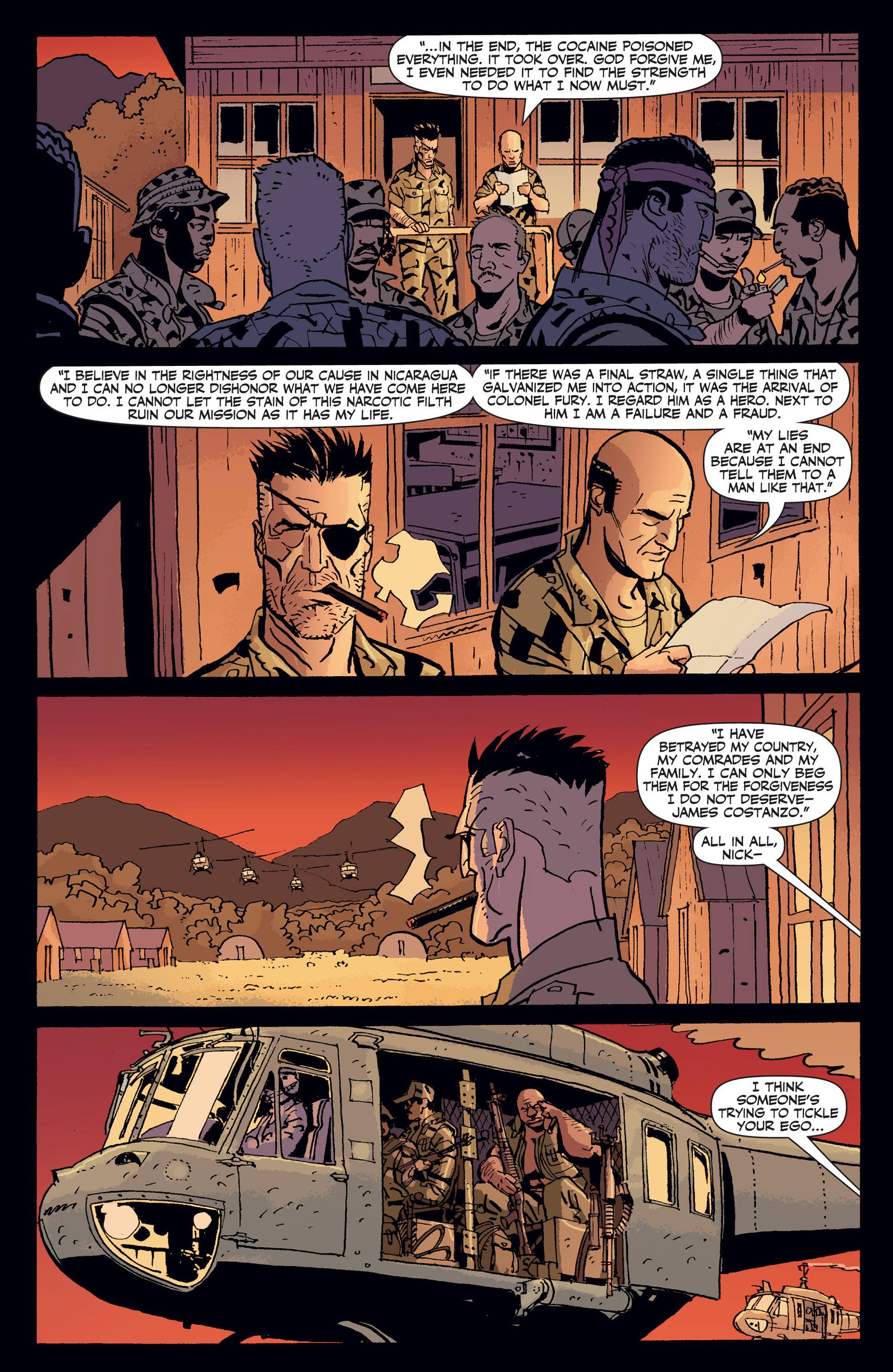 My War Gone By is Garth Ennis’ take on the career of an alternate Nick Fury, one who never ended up heading S.H.I.E.L.D., taking him on behalf of the CIA to the regions of the USA’s greatest ignominy over the 20th century. In volume one Ennis, via Fury, made plenty of pithy comments about repeated failures that prioritised political ideology over common sense, and there’s no change here as Fury first returns to Vietnam in 1970, sixteen years after he was last there, then heads for Nicaragua.

The Vietnam Fury had postulated in the 1950s has come to pass, and as he was in Cuba, he’s sent on a mission to assassinate a single person, someone he met back in the day and has good reason to despise. Just as everything went seriously wrong before, so it does again, with Fury deposited in another impossible situation. This time, however, he has some company. Ennis references his work on The Punisher, featuring Frank Castle in Vietnam and Barracuda in Nicaragua, although in both cases this is just via use of viable characters who fit a role, not a descent into the Punisher’s world. Castle is a good fit as a man driven by war almost as much as Fury himself, and Barracuda slots right into the role of the GI exploiting the CIA running drugs to fund their murky off-budget activities. Parallel to Ennis following Fury’s stalled career over the decades, is the rise of ambitious Senator McCluskey and his wife Shirley, both of them wise to the world in different ways, and both influential in Fury’s life, although he doesn’t always realise.

Goran Parlov remains the same superb storyteller he was for the first volume, extraordinarily adaptable in a loose style defining Fury and his world with a rough elegance. In places the war atrocities he has to draw are harrowing and explicit, deliberately so, as Ennis rubs our faces in what’s been carried out in our name.

Both creators are running on top form, with heartfelt, twisting events in an almost real world, and a deep look at assorted personalities, underscored by some righteous anger at how the world is run. Ennis’ more sardonic work may be better known, but although laughs are few, My War Gone By is powerful writing.

There is a coda, set in 1999 to present one final visit with those who’ve played prominent roles in Fury’s life. It’s the weakest chapter. Ennis has already said his piece, but fiction demands neatness, so Ennis supplies endings, some of them shocking, but none of them exactly surprising. They underscore a sentiment repeated throughout that if you screw people about long enough they’ll eventually rebel. History is littered with the names of those who’ve failed to heed that observation, and several more currently ignorant of it exist today. My War Gone By is best experienced in the single collection hardcover issued later than the two paperpback volumes.