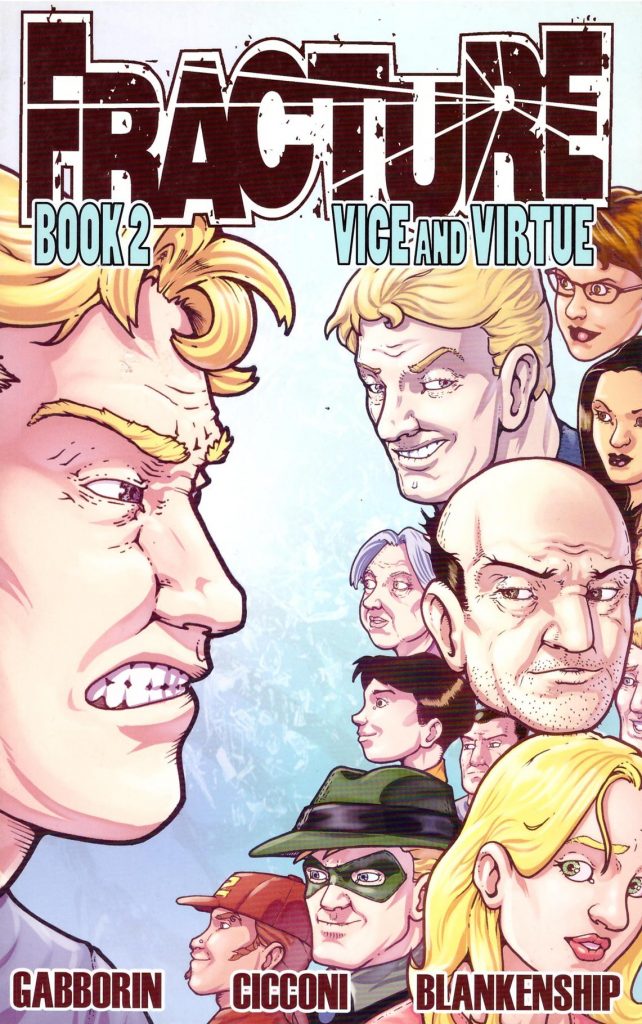 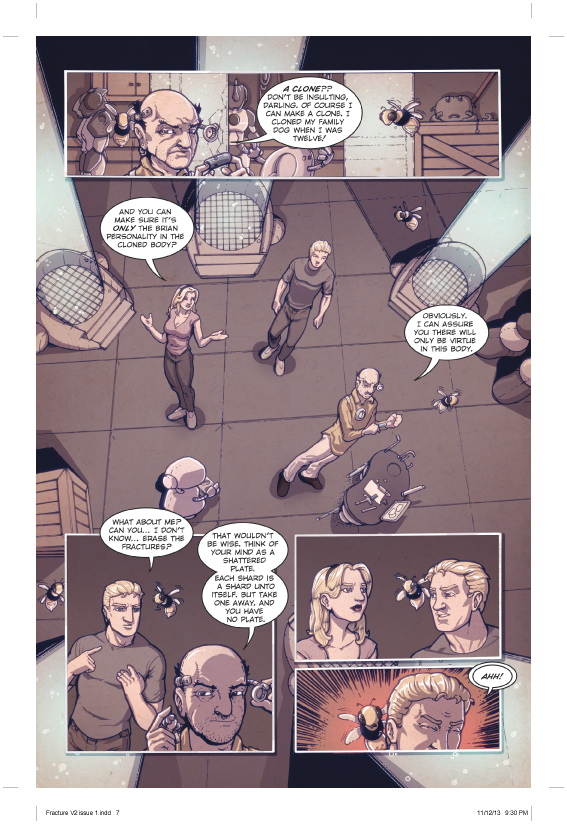 Jeff seems a nice enough bloke, but is troubled. Until very recently he wasn’t aware that he was also costumed villain Malice, and additionally beloved hero Virtue, with an added surprise being Virtue also has a family. Complicating matters further, in an escalation of the Hulk/Bruce Banner antipathy, Malice is plotting to kill Virtue whom he considers an enemy. Shawn Gabborin didn’t explain why that’s the case when the two can’t have met.

Explanations were thin on the ground throughout Altered Egos, leaving it as the repository of a great concept, but with credibility issues. For instance, to be both characters Jeff would have to have somehow acquired super powers and the scientific wherewithall to have located the other dimensions in which Malice stores his weapons. While not everything hanging over from the previous book is dealt with here, Gabborin does ensure his new ideas have more solid foundations.

Just as Gabborin’s writing has improved, so has Chad Ciccone’s art. The superhero page layouts have always been fine, and here there are fewer stiff and awkward figures, although unfortunately these tend to manifest on the bigger images.

Great ideas have never been a problem for Gabborin, and he complicates Jeff’s life further by revealing that Malice and Virtue aren’t his only alternate personalities. It’s another winning idea, leading to some diverting cameos and an escalation of the story possibilities, or would have done if not for the fact of Vice and Virtue being the last outing for Fracture. That’s a great shame as those great ideas keep coming, not just in the way Jeff’s life becomes more and more complicated, but the thought put into the use of super powers. At one point Virtue is prevented from stopping the primary villain who’s placed someone in danger, and she’ll die if he loses consciousness.

A few snags manifest, not least time seemingly passing at different rates for different people, but this is a much improved outing. New supporting cast member Dr. Atomic (no relation to the old underground comic pothead) is convincingly arrogant and devious, the relationship between Jeff and Virtue’s wife is well handled and Gabborin keeps the surprises coming. It’s original, and a lot of fun.

However, as with other Action Lab graphic novels, Vice and Virtue merely rebinds the original serialised comics, promo pages and all. Having readers pay for twenty pages advertising other titles in your graphic novels is really tacky. 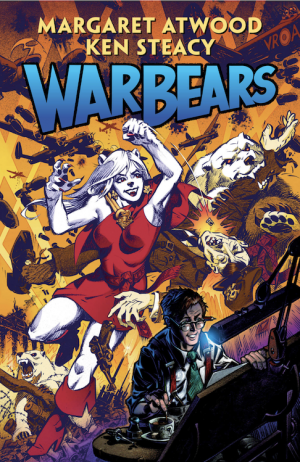