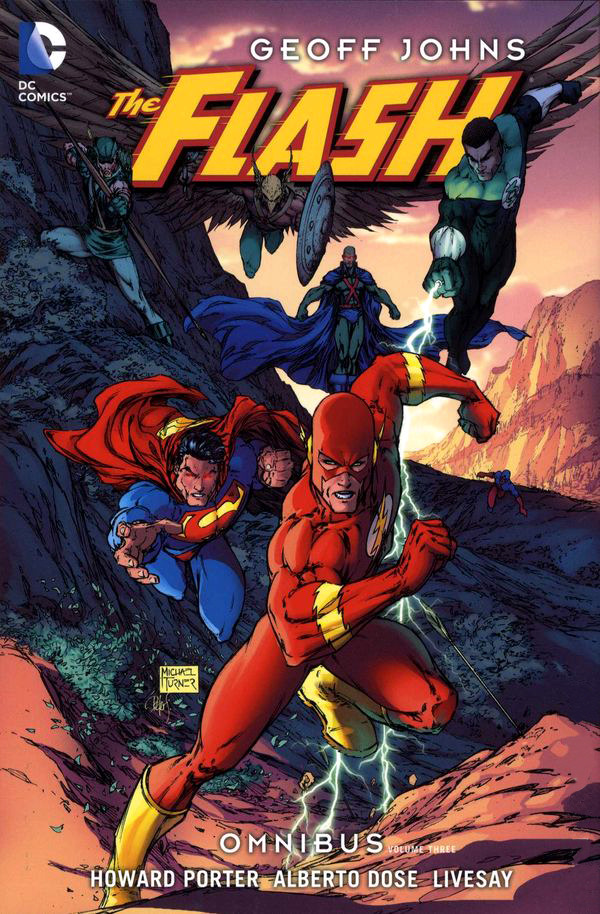 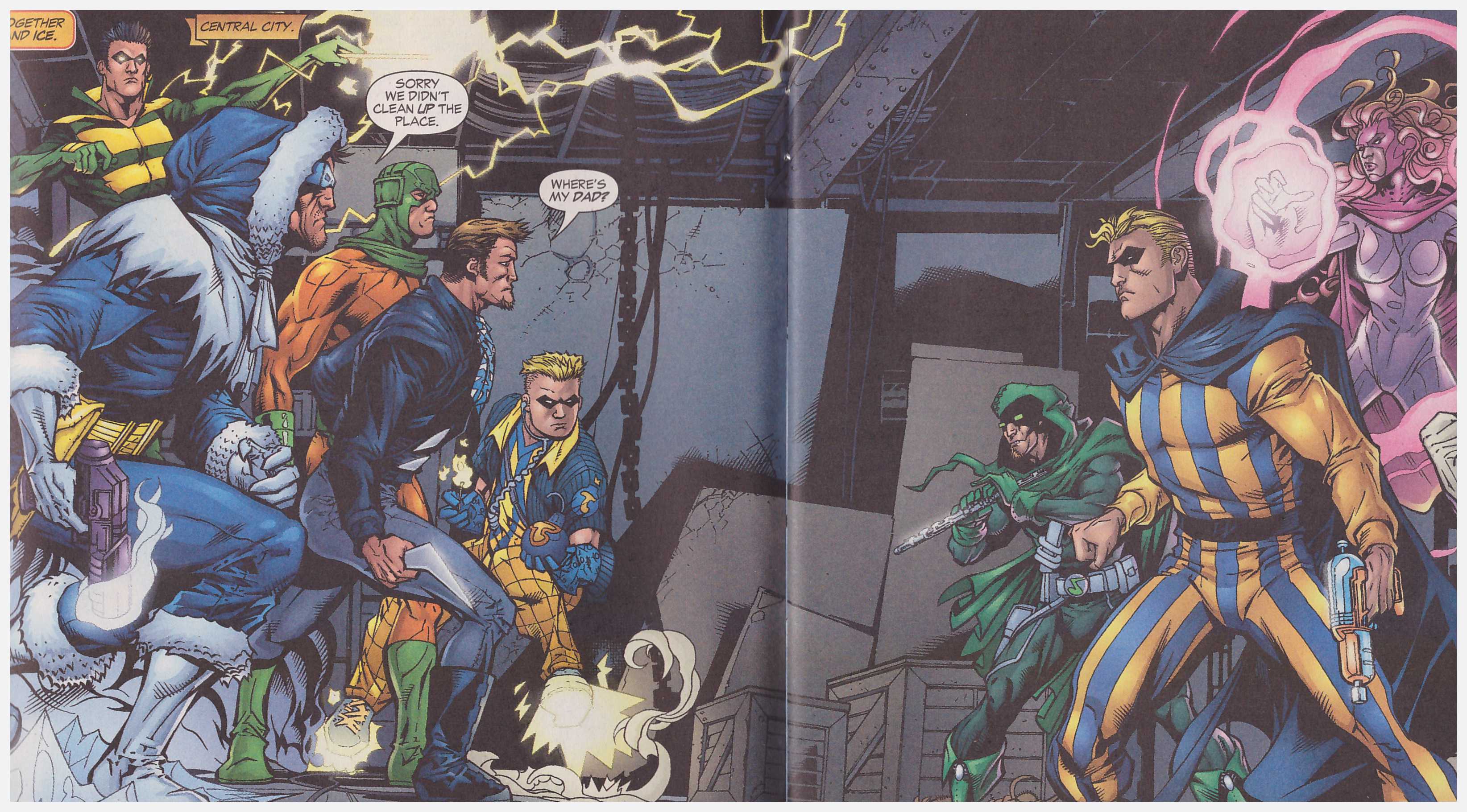 To this point in his series Geoff Johns has kept Flash very much to the template of his most successful eras, delivering light-hearted page-turning superhero inventiveness. Indeed, that’s what he does during the final section of this hefty collection, but before then he experiments with his storytelling methods.

This hardback volume collects what was previously published as Ignition, The Secret of Barry Allen and Rogue War, and each is stylistically distinguished.

The volume starts with Wally West, and indeed everyone else, no longer remembering him as the Flash. It has a very different tone for the Flash, with Alberto Dose’s art delivering a Keystone City perpetually gloomy and rain drenched. West is working as a police department mechanic, and a possible careless moment results in a near fatality, leading to him being interrogated by his former detective friends. As well as this, West is experiencing strange memories. There are several very effective sequences here, not least when his full memory inevitably returns.

Others not remembering Flash’s secret identity spills over into the next section, which ties in heavily to events occurring in Identity Crisis. It brings into focus how much Johns had previously kept Flash enclosed within Keystone, ignoring his ties to the wider world, and his membership of superhero groups. Pulling back that curtain isn’t particularly successful, and there’s a feeling of intrusion as guest star after guest star comes parading through the pages. Barry Allen’s secret is revealed relatively early, and its consequences affect old villain the Top, not previously seen during Johns’ run, and here seriously demented.

Even if this were among Johns’ best work on the title, and the following Rogue War section approaches this, it would be dragged down by the distorted figurework of Howard Porter, which proves constantly distracting for the remainder of the volume.

There is some extra content not previously found in the individual collections, but the two chapter teaming with Wonder Woman is largely negligible.

As noted, the Rogue War section is a highlight. Some of Flash’s villains had reformed over the years, and there may be a reason for that. Under the auspices of the original Trickster, now agent James Jesse of the FBI, it’s decided to apprehend those unreformed rogues. Matters are complicated by a third set of villains, not traditional, but created by Johns during his tenure. It really is a valedictory treat, with Johns throwing in almost everyone the audience would want to see, and plenty of curveballs along the way.

It should be noted that some first printings had pages printed in the wrong order. DC attempted to replace every copy, but some slipped through the net, so buyer beware.