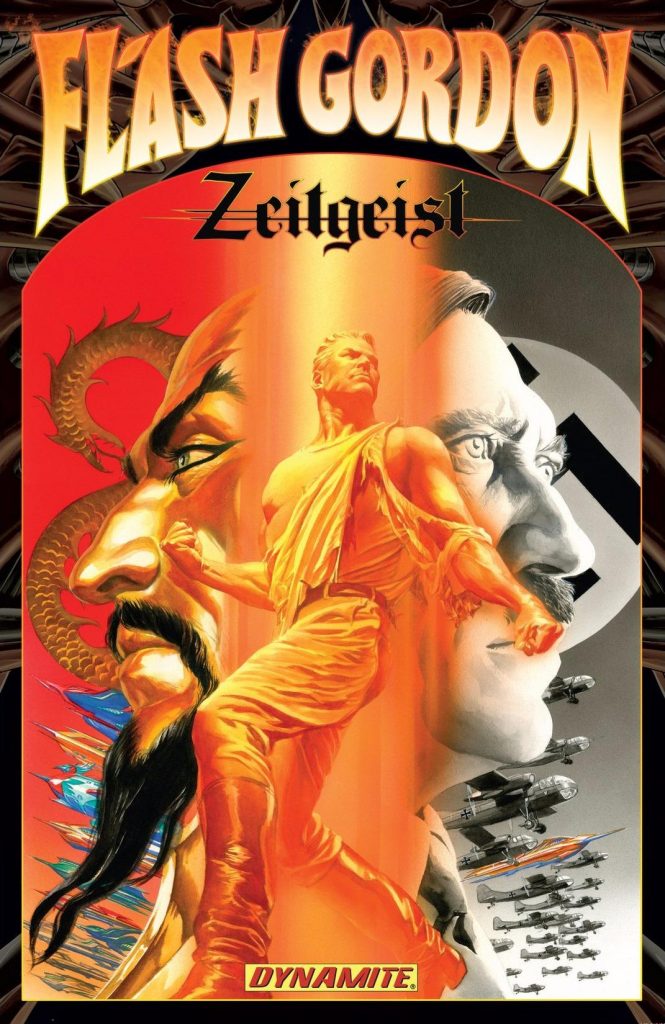 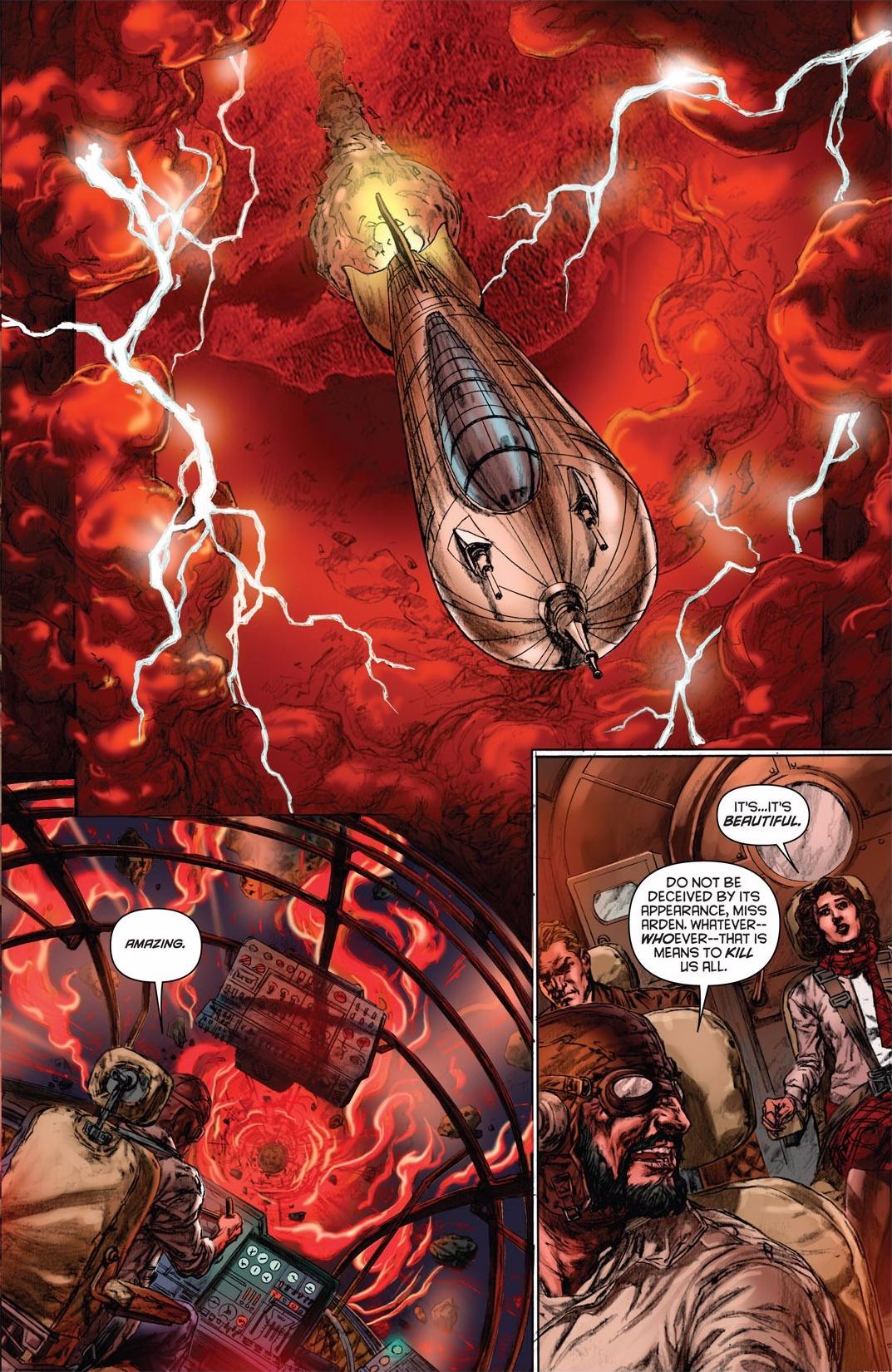 Before Flash Gordon was rebooted and incorporated into the Kings series of graphic novels with other characters originating in newspaper strips, Dynamite produced this version set in the era of the original newspaper strip, picking up in 1934. Plotted by Alex Ross and Eric Trautmann, with the latter scripting, the key heroic trio of adventurer Flash Gordon, state department agent Dale Gordon and Professor Hans Zarkov are united in under ten pages, by which time we’ve already seen alien despot Ming the Merciless. Zarkov realises there have been overtures from outer space, and has prepared accordingly.

The plot broadly follows the Flash Gordon story as previously known, with a supremely skilled Flash overcoming all that’s thrown at him in defying the odds and gathering a revolution around him. This doesn’t happen overnight, as there are assorted races to bring onside, the attentions of Ming’s daughter to fend off, allies to be rescued and so forth. The slow release new element concerns aliens who’ve escaped to Earth with the express intention of dealing with Ming’s chosen agent, whose identity is perhaps predictable for the times, but nonetheless appropriate.

If Ross himself wasn’t prepared to draw the graphic novel, then Daniel Indro is a fine substitute. Although also working figuratively, his style differs from Ross, being less painterly and more detailed, yet equally imaginative. Ross supplies the designs for the various worlds, creatures and people Flash meets, but Indro brings them to sparkling life, conveying both a realistic version of very advanced technology for 1934 and that unimaginable to the average human of the era. The sample page also displays the essential input of colourist Slamet Mujiono. The final chapters (and an early intervention) are the work of Ron Adrian, also good, but far more traditional in his layouts.

Ross appears to act much in the manner of the film director, with nothing of him seen on the pages, but affecting everything behind the scenes, so the wonky pacing is probably down to him. On occasion suspense is artificially generated by having a significant time of Flash’s exploits seemingly equal to a few seconds on Earth, as the scene that opens a chapter has barely progressed when it’s complete. Other aspects are better, such as exiled former ruler Prince Barin’s personality being that of the entitled noble, the content of those brief interludes on Earth, and the role of Zarkov. Toward the end of the book he has a chapter pretty well to himself and it’s very good.

The ending is extremely abrupt and rather unsatisfactory. Credit is due for not adhering to the predictable, but having done so for much of the graphic novel it seems merely wilful to tinker with the expected conclusion. Otherwise as an updating of Flash Gordon this has its moments, but it’s some of the art that stands out rather than the story. The book concludes with thirty pages of Ross’ design work and a presentation of the serialised comic covers.