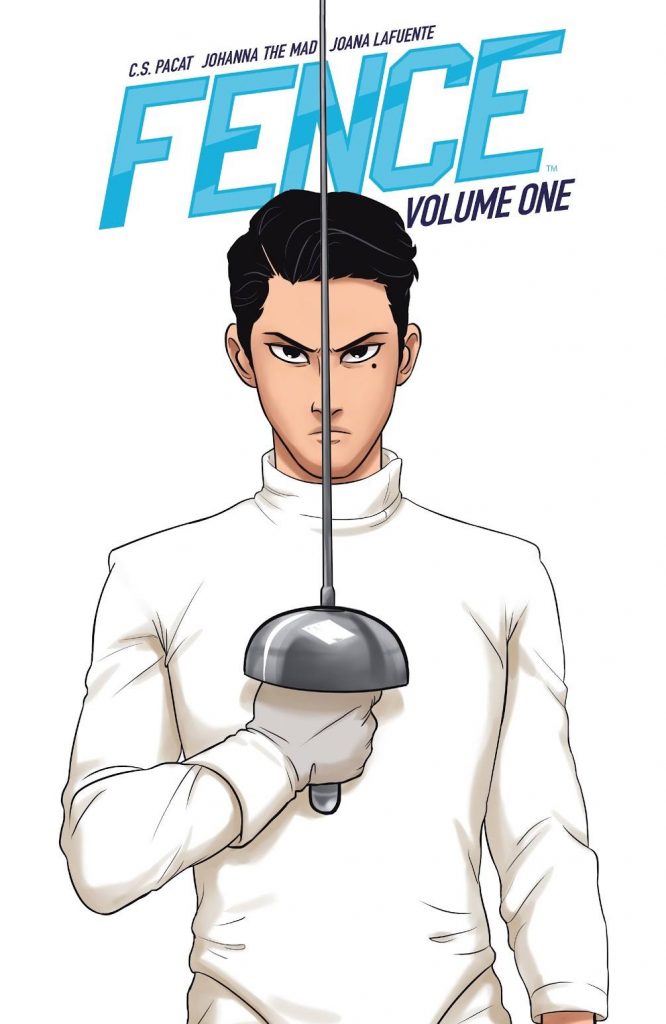 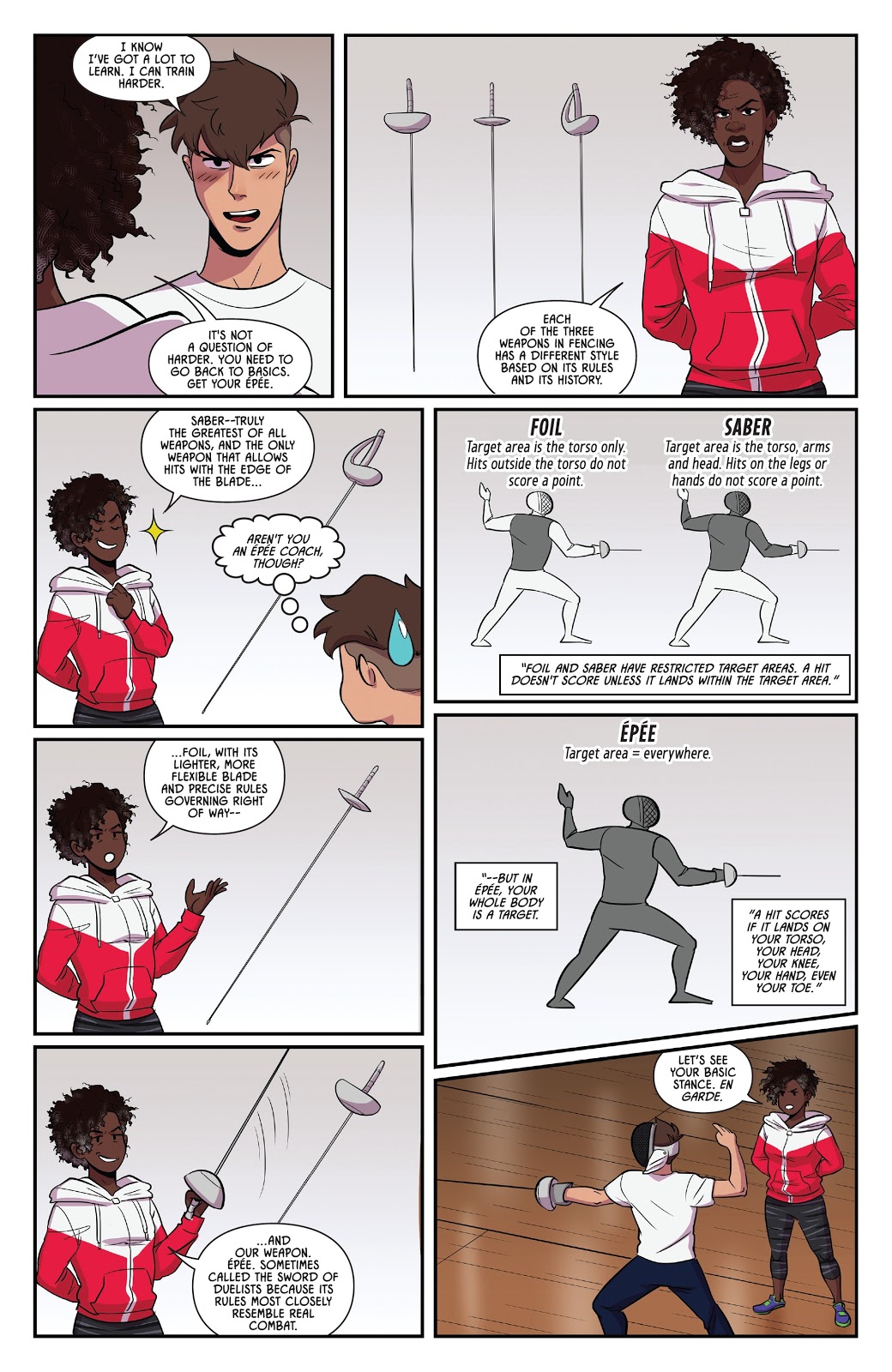 Nicholas Cox is drawn to the same fencing career at which his absent father excelled, scrimping and saving while honing a natural talent with constant practice, eventually earning a scholarship to the same private college attended by Seiji Katayama, teenage fencing prodigy.

British readers over forty will be very familiar with the type of story Fence is, as rags to riches and the rise of underestimated unknown overcoming numerous obstacles were staples of British serialised comics from the 1940s onward. Many of them highlighted the scholarship kid among the scornful wealthy. Better examples are now being revived by Rebellion for presentation to a new audience.

Fence is nevertheless a superior effort, admirably unsentimental in the details, and drawing on manga’s style more than the British creations it seems to resemble. Despite following a well worn route when it comes to the basics, it’s testament to the creative team of C.S. Pacat and Johanna the Mad, that it rapidly develops into good young adult drama. Perhaps Pacat is a fencing enthusiast, but few readers are likely to be, yet she sells it efficiently at the start by only using the fencing as exotic colour in what’s otherwise an ensemble school saga. The characters are sympathetically defined when intended, so we care enough about them to share in their triumphs even if those came via competitive staring. The definition is also down to Johanna the Mad, who’s surely going to regret that alias at some stage. Her influences are manga, and she has a fine way of conveying a moody stare. It’s important that Seiji comes across as personifying imperiousness, and she nails that while ensuring that the chip on Nicholas’ shoulder doesn’t make him too unlikeable.

Once at the school, the thrust of the plot is whether or not Nicholas is going to be proficient enough to make the team. It’s here that Pacat introduces the finer points of fencing, ensuring it can be understood by the novice, and after that the ridiculous private school procedures. There isn’t any resolution, but the tension is kept tightly wound, and there’s more than enough drama to drag readers into Volume Two. 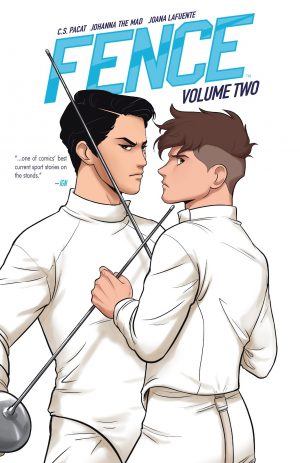 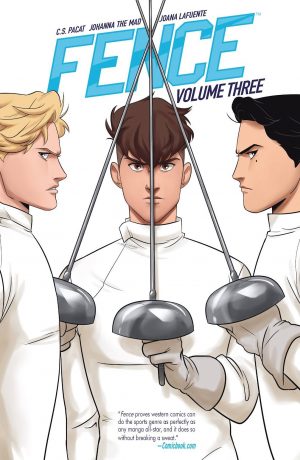