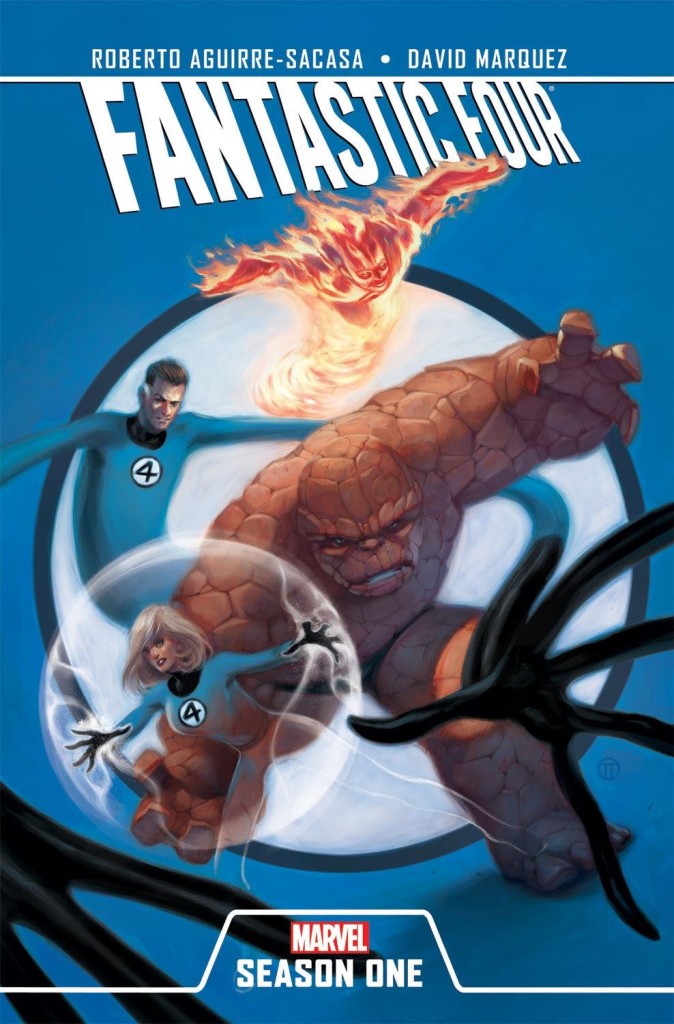 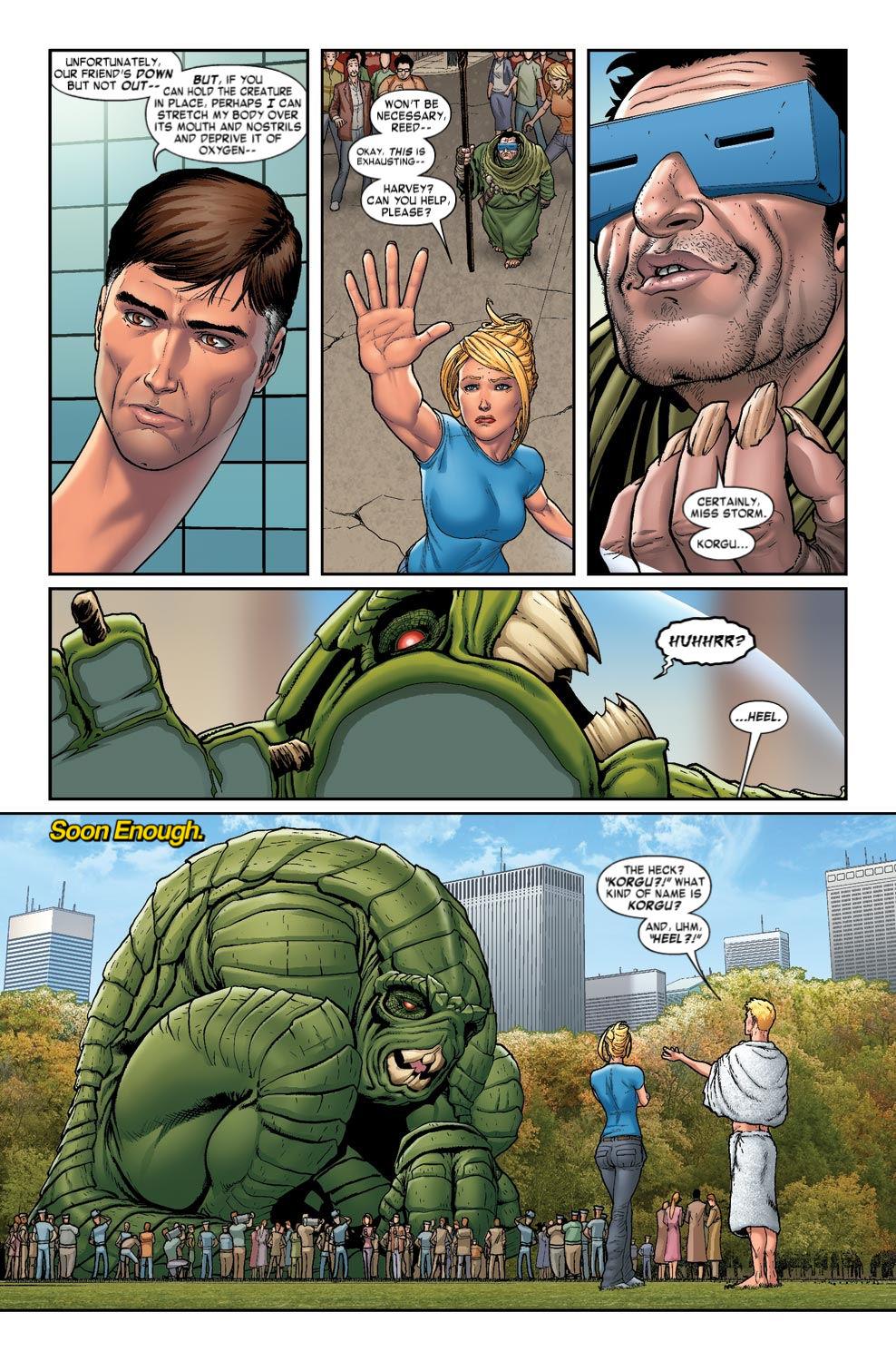 This hardback is one of a series revising and modernising the origins of Marvel’s oldest characters for 21st century consumption. That purpose renders moot questions of whether or not yet another revisitation of the Fantastic Four’s origin is necessary.

Roberto Aguirre-Sacasa begins in intriguing fashion, allocating an embodiment of the team to a portrait of each member, and continues by attempting to apply logic and sense to Stan Lee’s 1961 origin for the Fantastic Four. Was it just a spirit of exploration that prompted Reed Richards to take his best buddy, his fiance and her kid brother into space? Why did they return to Earth with precisely the powers they developed? Other latter day revisions include mention of marketing and branding the team.

It may be the case that anyone unaware of the Fantastic Four’s origin may be gripped and intrigued by this update, but the original material was merely a means to an end, given only perfunctory consideration and a dramatic twist. Extending and analysing the circumstances provides a dull read. And an even more dull Reed.

The first version of this origin story, lest we forget the foundation stone of Marvel Comics, ran to 25 pages, and at the halfway point the Mole Man and his monsters tunnelled up to Earth’s surface. That’s been promoted to before the halfway point and shifted to New York, but the FF’s confrontation with the Mole Man begins on page 41, preceded by page after page of minor re-jigs. Furthermore, Lee’s proto-feminism may have been a little wonky as the series continued, but Sue Storm was a full partner in that first adventure, so if it’s to be updated why is this with attitudes that pre-date 1961, and Sue left out of the action? It’s not acceptable, even if it does leave her free to save the day, and not compensated for by the retractions and extrapolations toward the end of the story.

David Marquez is a talented artist whose layouts are fine, but attempts at a photo-realistic gloss (think slightly lesser Greg Land) work against the adventurous spirit of the Fantastic Four, reducing them to posed pictures for publicity stills. He’s far better when redesigning the Mole Man’s monsters as per the sample page, as his human anatomy frequently lets him down.

The whole exercise of codifying and simplifying the Fantastic Four’s origin is rendered redundant at a stroke by combining this new work with the first chapter from Jonathan Hickman’s writing on the then current regular Fantastic Four title. Hickman weaved an incredibly ambitious and complex story, not best experienced by a single chapter in isolation.

Fantastic Four Season One has it’s moments – the fate of the Mole Man, Reed’s swollen head, the Sub-Mariner’s re-awakening – but they’re few and in passing. Overall, attempting to overlay coherence and 21st century realism to the original story only highlights the elements where it’s impossible. Would anyone transformed into the Thing and seemingly unable to become human again really accept this with a shrug of the shoulders? This may have made the New York Times list of best-selling graphic novels for a week, but that’s no guarantee of an engaging read.