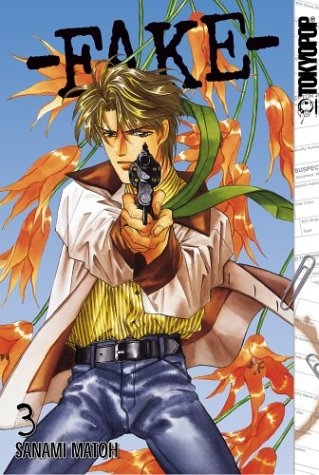 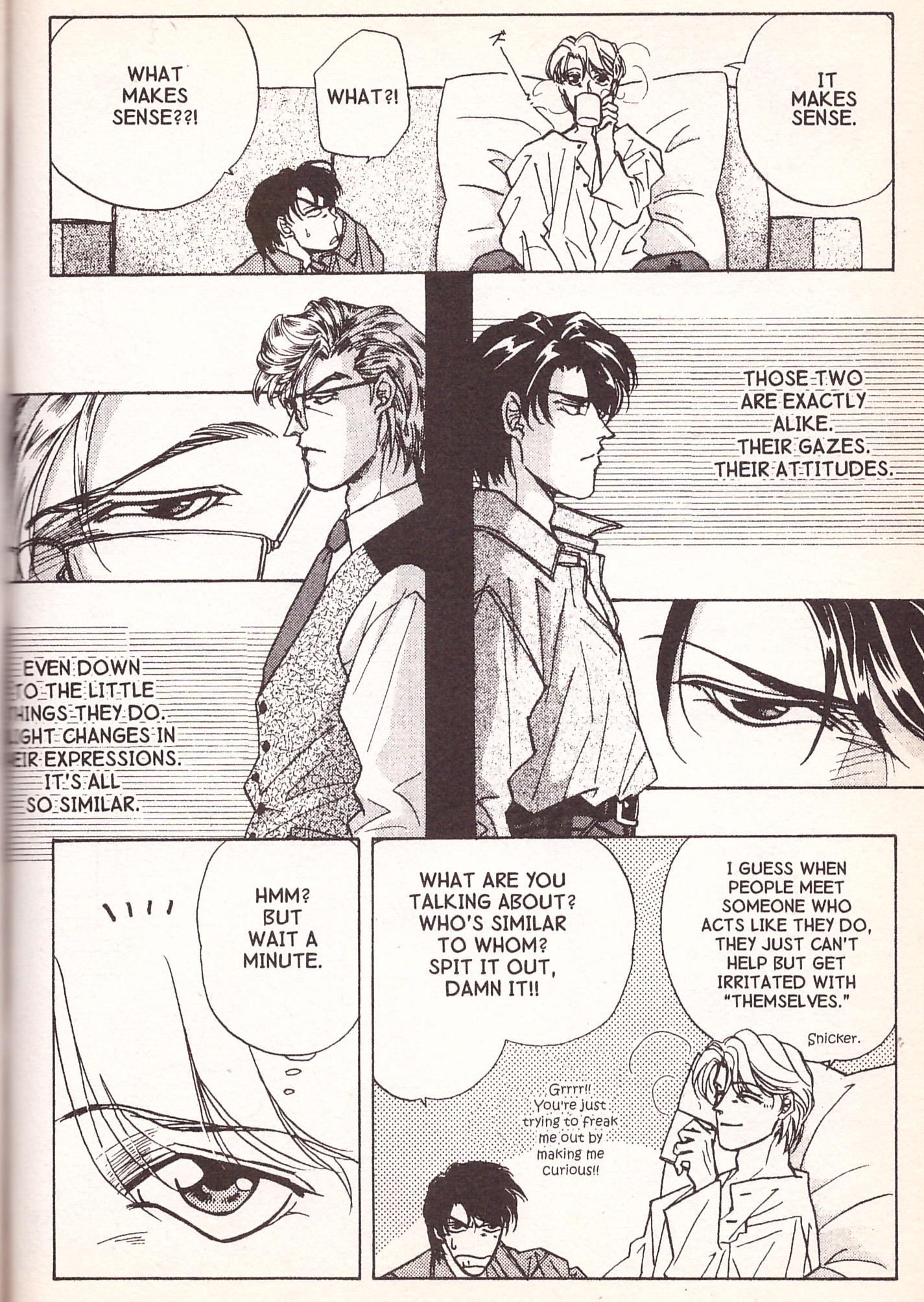 As the format follows the previous two books, it appears Sanami Matoh has settled into a formula of the three stories presented in each edition of Fake opening with two tales featuring his leads while the third spotlights thirteen year old Bikky and the slightly older Carol, the love of his life.

She has changed one element of the formula, though, as the first story opens not with some teasing interaction between our two gay cops Dee and Ryo, but shunts straight into the police business. Two strands combine, that of a killer hiding out in New York and the discovery of a prostitution and slavery ring established in the city. The former requires the involvement of FBI agent Dana Stacey, to whom Dee is allocated, while Ryo teams with the Commissioner, who has a personal interest in the second case. Both have more than professional reasons for wanting the partnership.

The romantic mood Matoh seems to be going for with Dee and Ryo is the classic bantering Hollywood of the 1940s. She throws in an ever increasing amount of complications and roadblocks, but coupled with the Manga traditions of exaggerated comedic reactions and asides. It’s irritating rather than charming as intended. The formula works far more effectively on the briefer second story set on Christmas Eve, when there’s a constant shifting of either Dee or Ryo being occupied when the plan had been they’d take the night off together. Matoh manages to switch the mood well into more serious matters while simultaneously delving into Ryo’s past. It turns out as quite the sentimental treat.

The Bikky and Carol story’s also good, concerning the right to use a basketball court, and a thug with supposed Mafia ties, working its way to a surprising conclusion. Matoh’s also aging the cast as he goes along, which has relevance in Fake 4.

Anyone who can work their way through the tedium of the opening story will certainly have no problem with the better quality of the remainder.