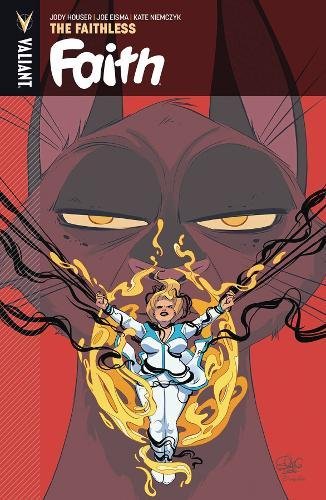 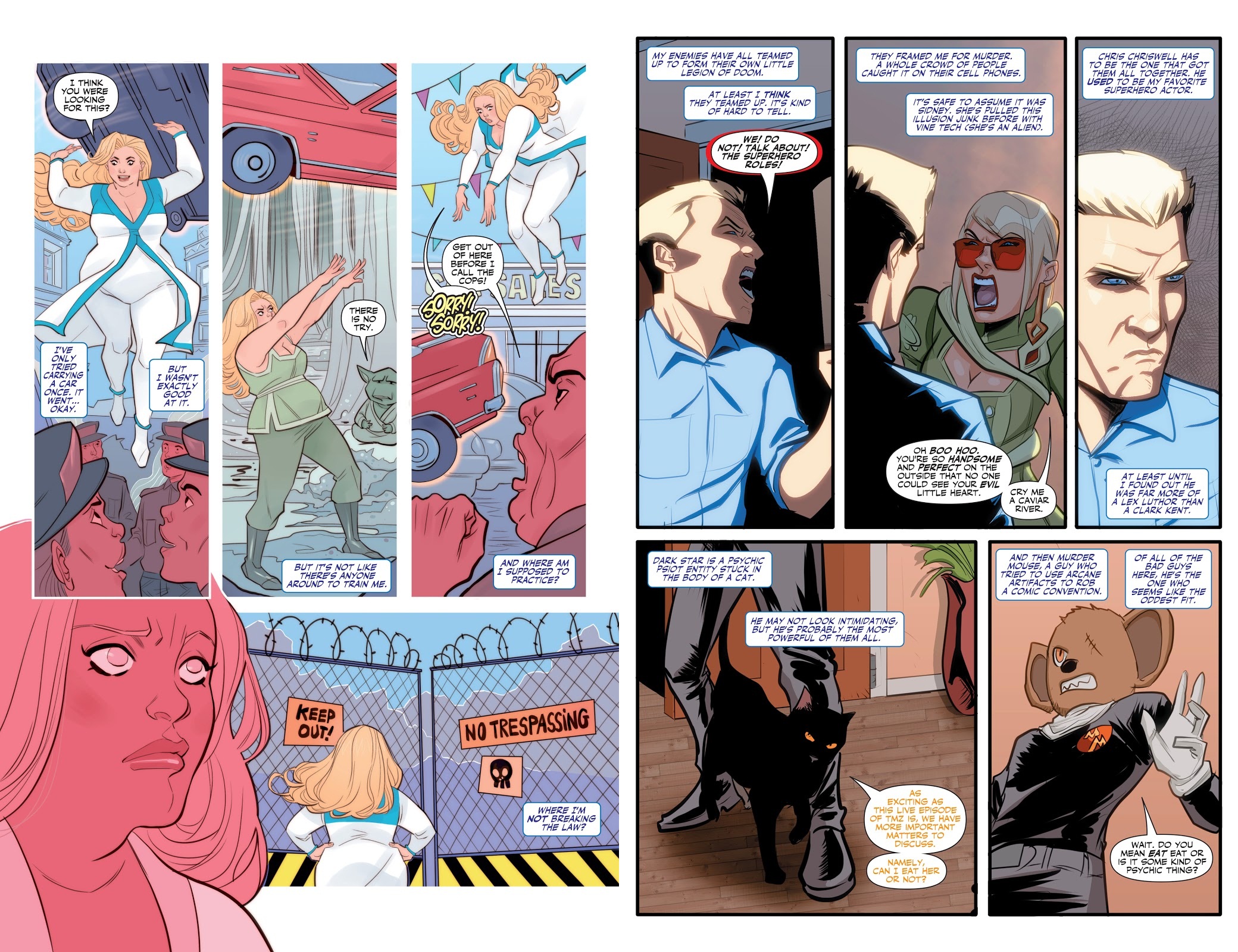 While concerned and dedicated, being a superhero doesn’t pay the bills, so Faith has a job providing content for the Zipline website, and over the course of the series almost all the editorial staff have become aware of her other identity. Jody Houser has incorporated them and their lives very smoothly, exploring differing views as to Faith’s activities, but the consensus looks like being disrupted when a new intern with a lot of questions arrives.

It’s a neat opening chapter with the superheroics limited to the regular fantasy sequences, Marguerite Sauvage (sample art left) as excellent as ever, and Kate Niemczyk having already proved elsewhere she’s really strong producing real life personalities and their expressions. Houser gives each of the three regular co-workers a brief narrative sequence, and the result is a charming interlude before we reach the Faithless of the title. They’re plain daft. Faith’s enemies have veered between the actually dangerous and the ridiculous, and they’re united in the Faithless and provide a lot of fun. Combining a bunch of idiots doesn’t make them any more competent, but when you have the abilities some of them have, even minimum competency can be a disaster. It’s a fine line, but Houser takes some very well used superhero situations, and stitches them together for something new, the character of Faith and her basic good nature recontextualising them. Also neat is how the situation is resolved, which feeds into the use of borrowed superhero tropes. It’s all drawn to a decent standard by Joe Eisma, with Sauvage again providing the fantasy interludes.

All the critical acclaim and positive reviews Faith accrued doesn’t seem to have been matched by sales, as this is the final volume of her adventures in the current form. They continue in Faith and the Future Force, still by Houser, but a considerable departure from the reality based series with superheroic intrusions as seen here.