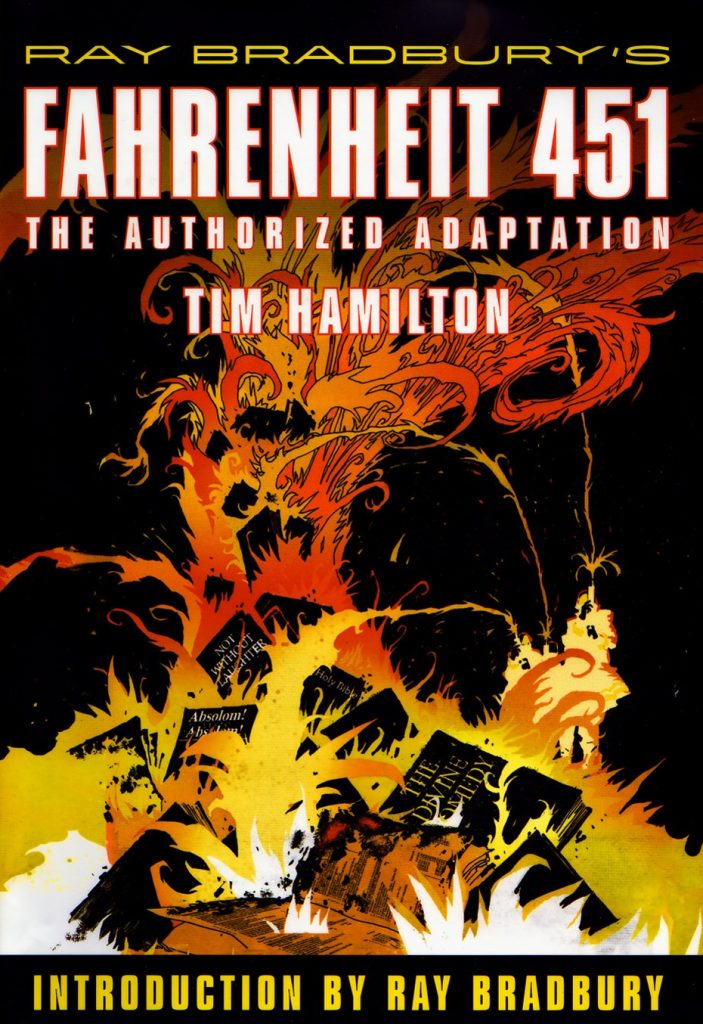 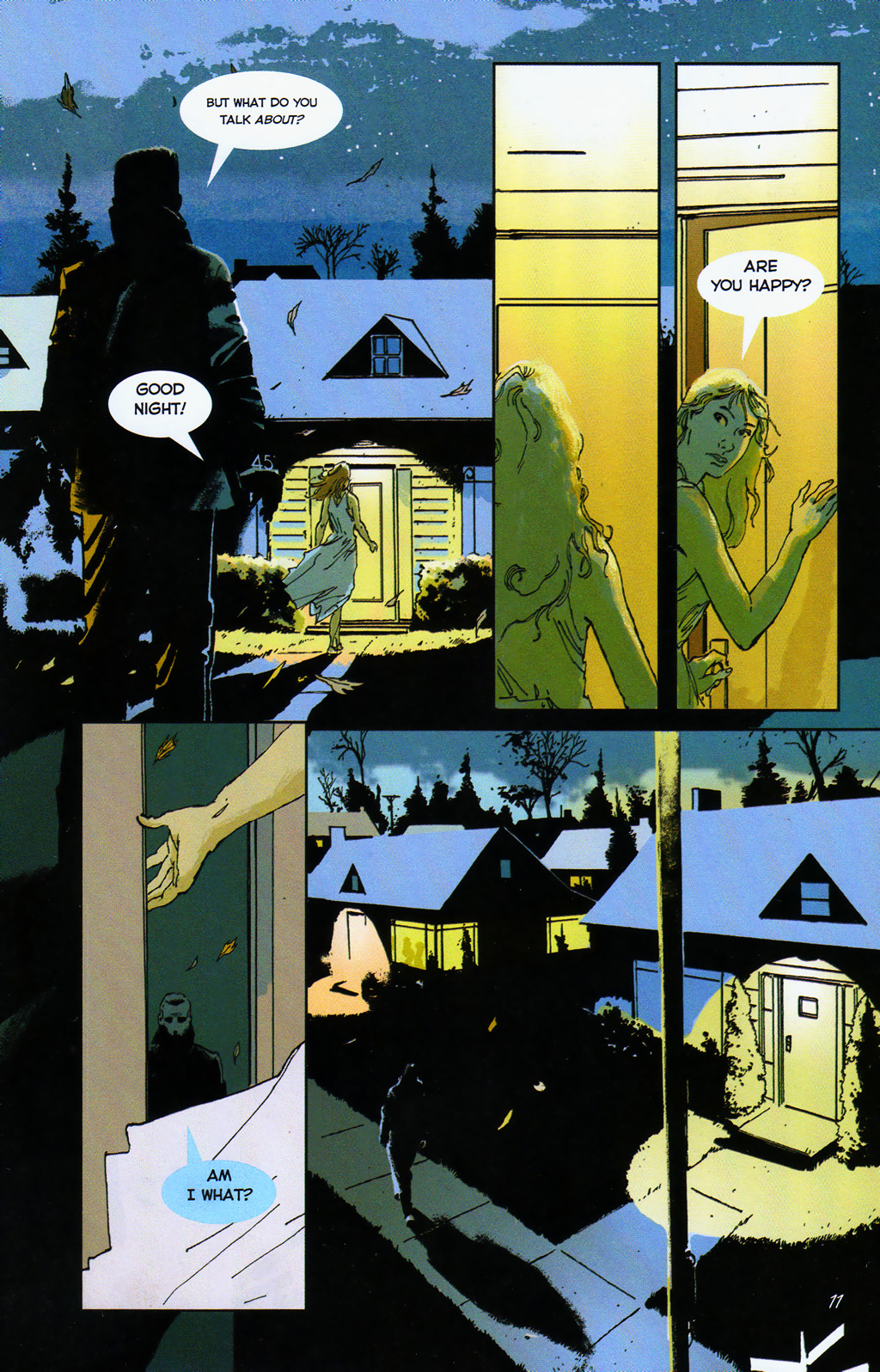 Tim Hamilton certainly must have been doing something right if Ray Bradbury agreed to write the foreword to his adaptation of Bradbury’s chilling, dystopian novel of a future where books are banned.

Bradbury wrote the story during the early 1950s, as the US was in thrall to later discredited Senator Joe McCarthy, who seized on the idea of rooting out anyone he considered Un-American as a means of political ascendancy, while television simultaneously flourished in every living room. Bradbury takes the interesting option of understating the society, it being enough that his audience will be aware of how symbolic book burning has been throughout history as a method of suppressing ideas and individual thought. Guy Montag is a fireman, a loyal government stooge among colleagues whose purpose is to burn books, all and any books. Bradbury employs some fine twisted logic via Fire Chief Beaty to justify the elitism of books, explaining how they deny people happiness due to their contradictory nature. It’s not enough to deter Montag, already curious about the content of what he’s burning when he meets an eccentric new neighbour who prompts thought about matters he’s never previously considered.

There’s a discussion to be had about the very existence of a graphic novel adaptation. It’s in effect a simplification of the original content to make it more accessible, and as such contrary to the arguments Bradbury espouses in Fahrenheit 451, about mass media. It’s quite the meta-conundrum best put aside. Hamilton is an attuned adaptor, incorporating the essence of the text, yet mindful of his medium, so conveying complex emotional responses via facial expression. Some choices made are interesting. Producing his adaptation in an era when some of what Bradbury was concerned about has signigicantly increased, he resists the temptation to modernise or to have intrusions as all-pervasive.

Bradbury may have thought the US was crawling toward the society he envisaged, but that message is provided alongside the tension of an action-thriller, our opinion of Montag shifting from antagonist to figure of sympathy. Hamilton makes good use of colour to define the flexing moods. Drab greys and blues characterise Montag’s discontent, while the vivid brightness of red, orange and yellow is saved for the flames of righteousness. It’s only in the final pages that we see a reflection of natural light. By then Montag and his world have changed irrevocably, and we’ve given plenty to contemplate in a story that remains a relevant clarion warning in the 21st century.

In Bradbury’s foreword he suggest each reader consider which book they would most want to memorise and protect from censors, and why this would be the case. It’s a thought worth passing on. 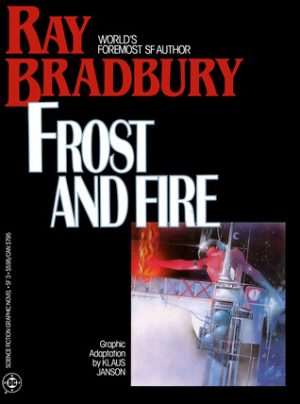