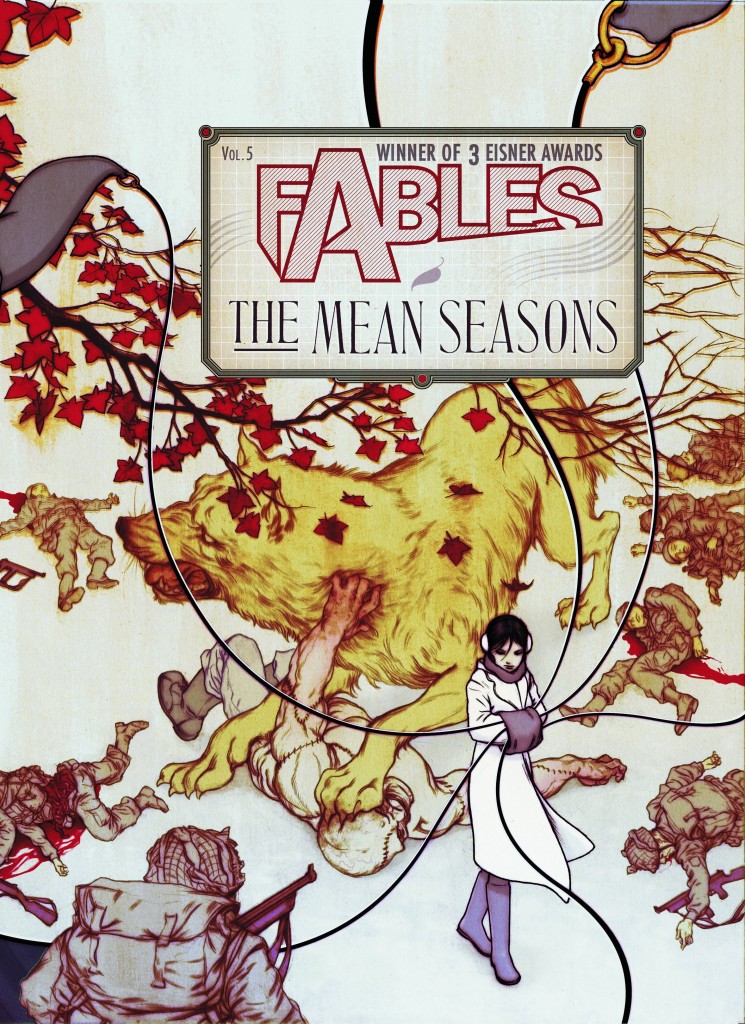 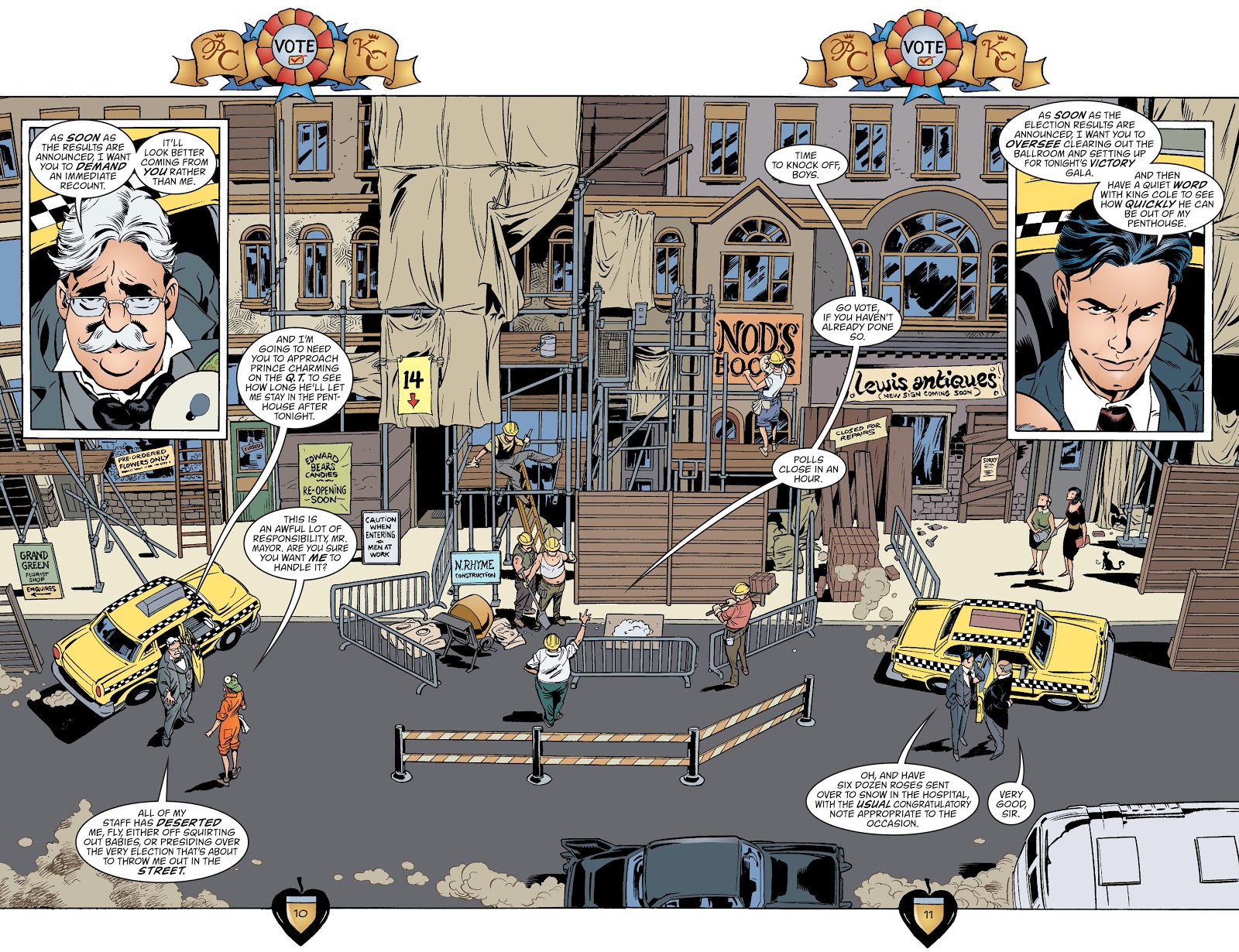 This is a transitory volume of Fables, set both in the period immediately following the Adversary’s attempted invasion of Fabletown, and during World War II. It’s primarily a character-focused spotlight, with Prince Charming, Bigby and Cinderella taking a turn in the spotlight.

Cinderella has as yet been unseen in Fables, and there’s a couple of good reasons for that, one of which is she lives in Paris. As with previous character introductions Bill Willingham’s Cinderella deliberately confounds expectations, as does Ichabod Crane, whose literary fate is deftly mirrored. Bigby’s also featured here, and at the story’s end offers some offensive comments about the French. The sadness is that these would very much appear to be Willingham’s opinion rather than any characterisation with later relevance. The story would have been written shortly after the time France was strongly resisting US plans to invade Iraq, and it’s a disappointing insight.

To demonstrate what a good patriot Bigby was, a tale of his aiding American troops in Europe during World War II follows. While the unexpected turns at which Willingham is so proficient are present, it’s largely a run of the mill war story followed by a run of the mill B-movie homage. While not bouncing around in the general Fables mileu Bigby’s presence is anomalous.

All this material is drawn by Tony Akins whose art is variable. He works well when given time, so the Cinderella story looks fine, but as the two-part material continues it gives the impression of being rushed. Both tales are inked by Jimmy Palmiotti who’s always professional.

The regular art team of Mark Buckingham and Steve Leialoha return for the remainder of the book, and it’s the first appearance of the decorative sidebars Buckingham used for most of the run. At this point they’re but one of several design experiments. The setting returns to Fabletown, where the starting themes are the ballot for mayor between the incumbent King Cole and Prince Charming, and the imminent birth of Snow White’s child. As usual, Willingham surprises with the results of both. Fatherhood isn’t a responsibility Bigby accepts gracefully, and Snow White’s insistence on some matters complicates decisions.

Four chapters occupy a reasonable span of time. There are departures and mysteries, broken promises and secrets, and some characters stepping up from their previous roles. One is Flycatcher, a transformed frog who’s been the janitor in Fabletown’s admin building for years, allegedly on community service. He hangs about with Little Boy Blue and Pinocchio, and only just avoided being culled in the previous volume according to the Fables Encyclopedia. Having been awarded a reprieve, there’s a greater reason for his presence than previously assumed. The North Wind also pays a visit, but this is very much a book of two halves. Homelands is the next volume.

All but the opening story are also to be found along with 1001 Nights of Snowfall in Fables Deluxe Edition Boom Four. The benefit is superior binding and printing on glossy paper rather than pulp stock. Alternatively all that and much more is contained in 2019’s Fables Compendium One. 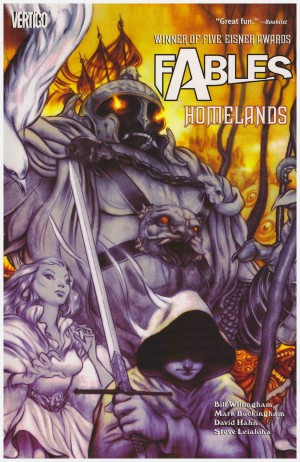 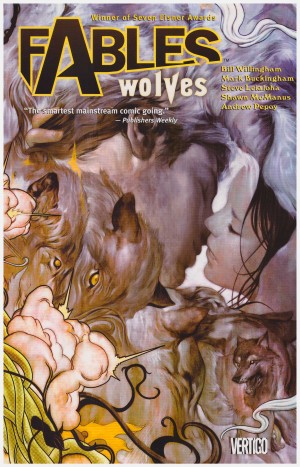