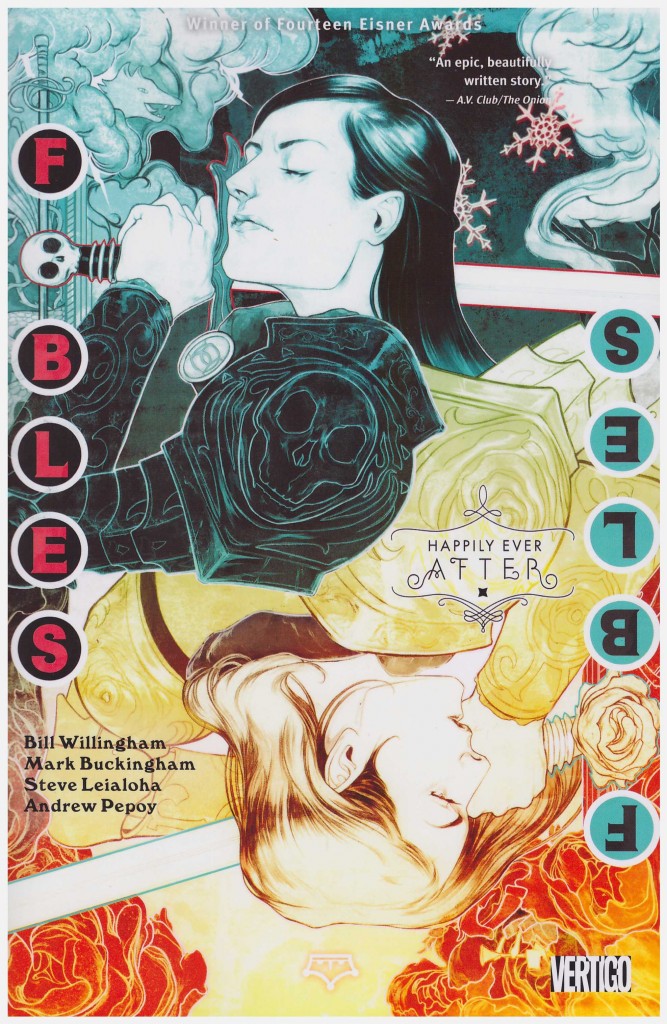 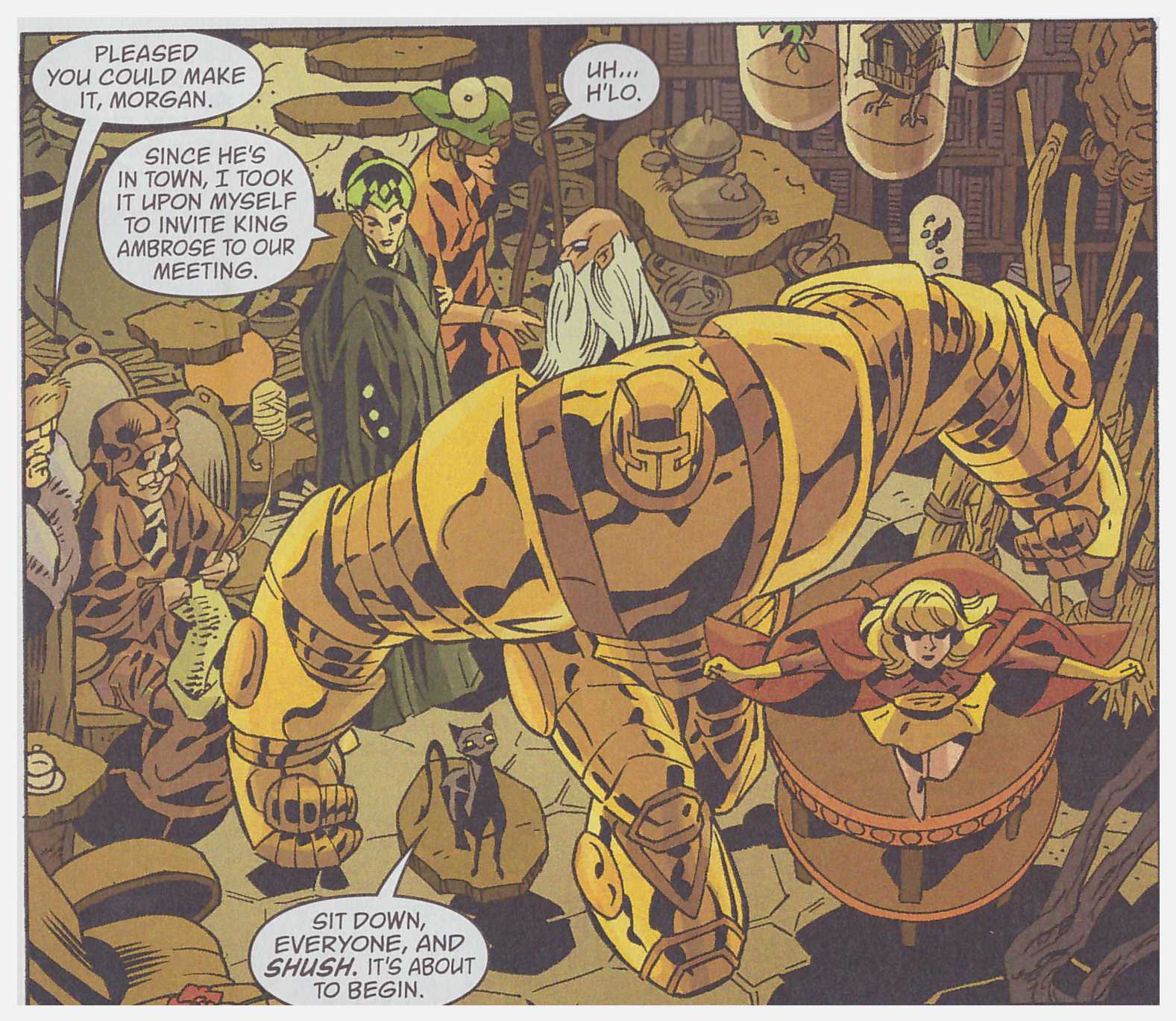 There’s a sense of sarcasm about the title as Bill Willingham and Mark Buckingham set about winding up the story that’s been both their bread and butter and the readers’ roast dinner for well over a decade. For many Fables it appears there’s not going to be a happily ever after.

An initial question is why, given what’s occurred in the past few volumes, is Fabletown still required? It was a refuge, but its time has passed, and there appears to be a sense of that as the centre struggles to hold and the magic begins to fade. There’s an obvious metaphor, but it’s not applicable as Happily Ever After is well up to scratch.

The core of this volume is the conflict between Snow White and Rose Red. Those Fables of a more magical persuasion appear to consider it inevitable, and they’re all manoeuvring for what they consider to be best advantage. There have been big arguments dating back to childhood between the pair, and there’s currently bad blood, but neither sees this escalating into battle, and it puzzles more than aggravates. There’s a strong sense of manipulation, and one of them is eventually given a view of the past, after which an awful lot drops into place. The inevitability lacks obvious reason, but Willingham has plotted the remainder so tightly that he’s to be trusted for an explanation.

Buckingham is as brilliant as ever, and his variety as satisfying. You want an equivalent of Eve walking into the Garden of Eden? It’s on page 144, just after a swordfight ends with decapitation, and 34 pages after an almost Viking style battle with… Ah, but that would be telling. Someone much missed does return, but not in the form most would want.

Scattered through the book are farewells to assorted characters not essential to the final plot in one or two page tales drawn by assorted guest artists. Some like Eric Shanower and Terry Moore have contributed previously, while Jae Lee and Nimit Malavia make their Fables début, while Matthew Sturges pens farewells to his Jack of Fables characters.

The entire book is very much prologue to what’s to come, with the mission entrusted to Grimble particularly intriguing, but despite that being the case there’s still so much going on that only the most curmudgeonly will be disappointed. Everything finishes in Farewell.