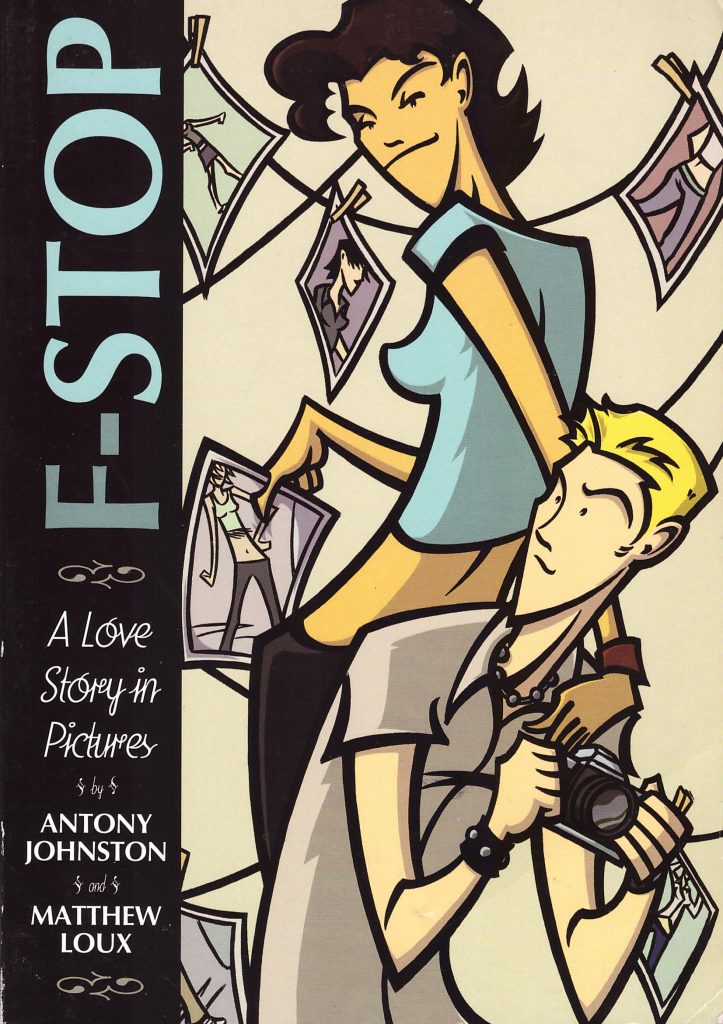 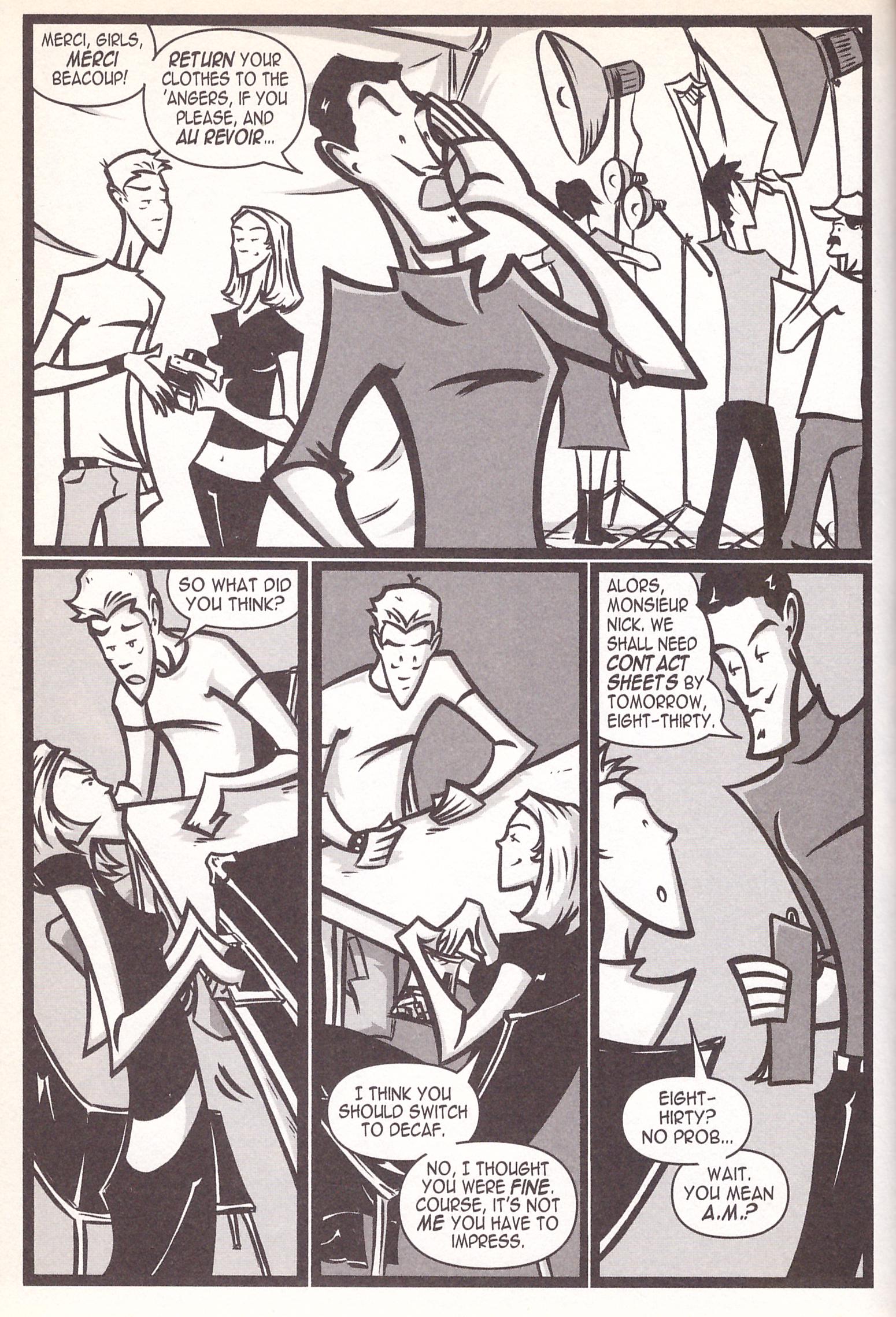 Nick has an English degree, but wanted to follow his dream and be a professional photographer. The trouble is, he’s not very good at the photography or the practicalities of running a business. Sometimes, though, being a nice guy pays off, and the job of a lifetime falls into his lap when asked to substitute for a fashion shoot.

The major part of Antony Johnston’s bibliography is the thriller and action market, so it’s a surprise to see his name attached to a sitcom premise, but his versatility extends to a concept with high comedy potential. He milks matters efficiently, ensuring Nick is likeable to begin with so readers want him to overcome his deficiencies, and runs with the multiple premises a strong starting idea opens up. The people Johnston surrounds Nick with conform to everyone’s idea of fashion industry stereotypes, but the broad strokes are all that’s necessary to define them as understandable, and when something more is necessary Johnston provides that as well. Model Chantal is surprisingly sardonic and down to Earth, which makes her previous boyfriend puzzling.

It’s a viable form of cartooning, but Matthew Loux’s stylistic quirks take some getting used to. He inks in really thick black lines, sculpts faces down to long pointed chins, elongates and thins every person, resulting in some giraffe necks, includes pointy parts all over, and closes in too far too often when some distance is needed. The positive side is that the faces are very expressive.

Until the halfway point the script hits all the right marks. The jokes are smooth, the relationships credible and the situations well timed. The problems begin when Nick’s personality transforms. It’s awkward, but then F-Stop has obviously been conceived as a rise, fall and rise again process, so something is needed to upset the new status quo. However, with that comes unconvincing relationships, especially that of Nick’s mentor, scripted more like a sounding board and chorus, and too large a dose of sentimentality. There was always going to be an upbeat ending, but the imagination of F-Stop’s first half continually deteriorates throughout the second, which is a shame. There are still laughs to be had, but nowhere near as many.

The title is never defined, and in an era of digital cameras is no longer as obvious as it might have been. It was once a numerical definition of how far a camera’s aperture opened, so defining the focus depth of the picture taken.