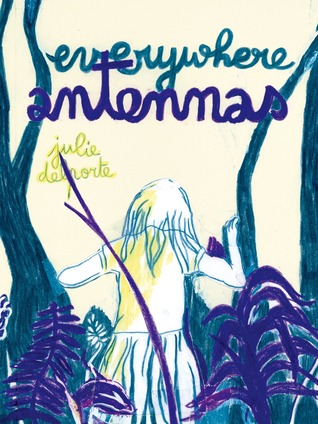 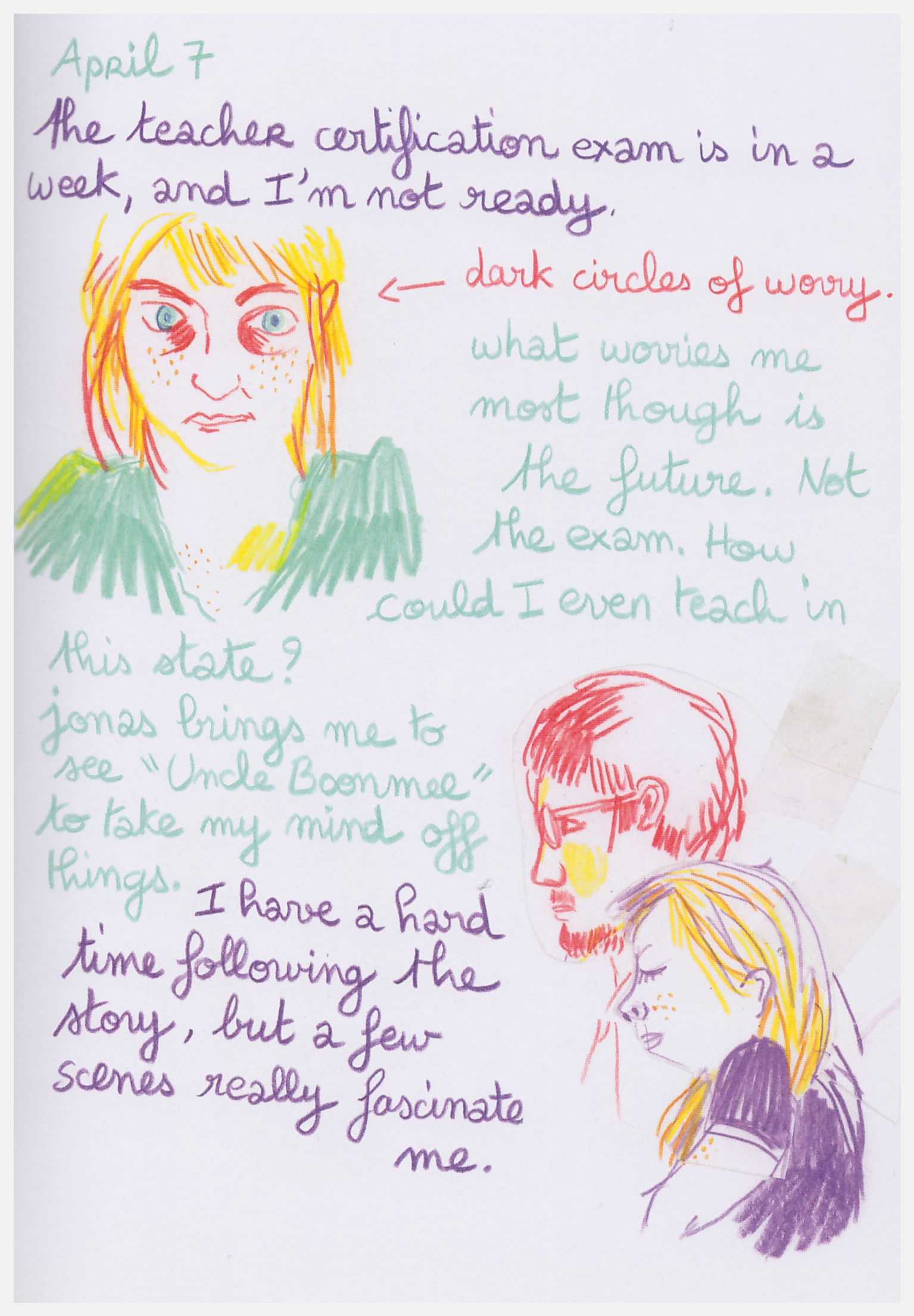 Electrosensitivity is a condition afflicting many thousands around the world, yet barely recognised by medical authorities whose faith is in tests largely funded by vested interests. The number of sufferers has increased enormously over the last thirty years, and while the primary source of their discomfort is radio waves from phone technology, there are also other forms.

This is all news to Lily, the narrator of Everywhere Antennas, who’s not previously been able to diagnose why she suffers from migraines and other odd symptoms. Our insight into her world comes via diary entries and accompanying illustrations as her inner turmoil about a forthcoming teaching exam and several not entirely harmonious relationships spills out. This is all supplied as hand-written entries in constantly changing coloured pencils, indicating the inner child that’s never really escaped, yet references to her childhood are brief and understated.

Almost the entire book is Lily’s viewpoint, with others only detailed via her perceptions, so the reader is presented with a choice. We can take Lily’s worldview as essentially true, and sympathise accordingly, or we can take an analytical approach and peer through her journal entries for a deeper glimpse at her character. There is, of course, a third choice, but if the content is autobiographical, why use the Lily alias?

We become so used to the journal’s fragmentary approach that it’s a surprise to reach a middle section illustrated as traditional comics in a grey wash when Lily meets a fellow sufferer. The change in format enables conversation, but the woman is for some reason depicted as a human woman with a cat’s head.

Lily flits from place to place, engaging in a simpler existence in more remote areas to avoid further illness, and among her journal entries are moments of poignancy and isolation that tug at the heartstrings. These, though, are vastly outweighed by frustration at the whimsical and hollow core of Everywhere Antennas. It’s a rapid read, yet says relatively little. While some illustrations have a charm, they’re as wispy as the text, brief rudimentary studies distinguished only by the use of colour rather than black and white linework. This is exemplified by the wilfully uncommercial cover. The child-like illustration almost screams “put the book back on the shelf”.

There is an appeal here, but it’s very limited.