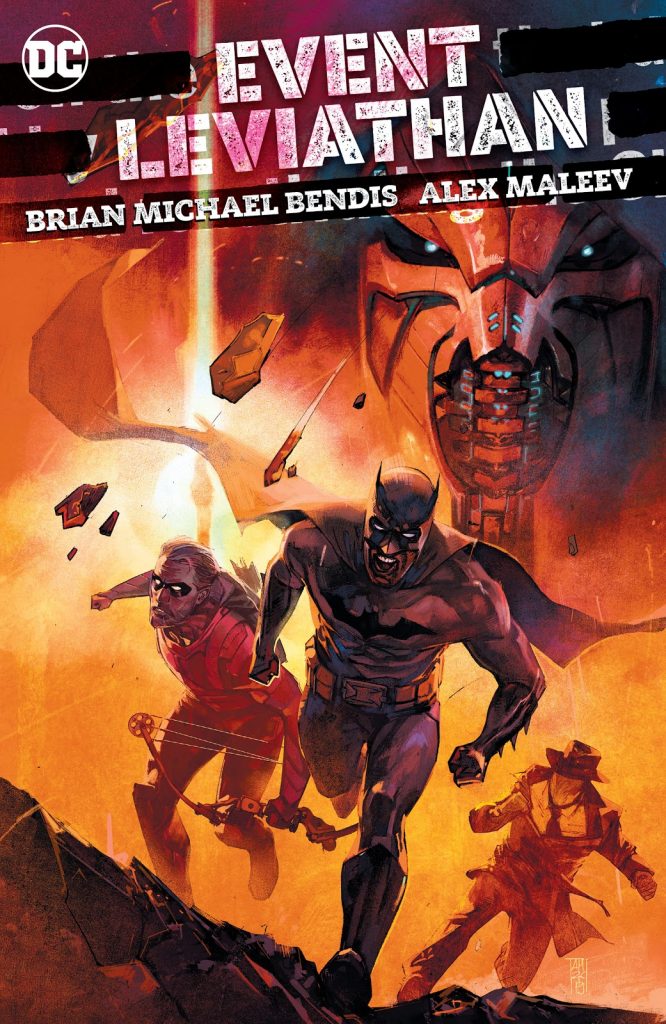 A fair number of creators worked on this collection, but most only on an extended seventy page prologue sequence, which is why only Brian Michael Bendis and Alex Maleev are cover credited. They produce the six chapters of the main story.

In Bendis’ Superman material, most specifically Leviathan Rising, an organisation has been very successful in severely damaging or destroying other covert organisations, both those tasked with keeping ordinary people safe, and those who’d threaten that safety. In the prologue we learn Leviathan has some history, that it’s been taken over, and the concern of various heroes about Clark Kent being kidnapped. There’s a good reason he can’t escape as Superman, but given the eventual outcome, much of the prologue seems without great purpose.

Just because much of the background for Event Leviathan was generated in Superman titles, don’t make the mistake of considering this a Superman story. It’s the first time at DC that Bendis reverts to his earliest skillset: the well plotted detective mystery. The key is that no-one knows who’s running Leviathan, and because they have enormous resources and clear experience of subterfuge, there’s a running joke of accusations being thrown in all directions. Whenever the person representing Leviathan is seen they’re selective about who they hurt, and persuasively sincere about wanting a better world. It’s clever writing by Bendis, as it’s something most of us want to believe, and there’s a fair proportion who also believe the world would be a better place without spy agencies.

Maleev is known for a minimalist approach to colour in his work, so while there are plenty of pages swamped by shadow, it’s a great surprise to additionally see plenty of bold colour choices also. He has a sketchy approach to drawing, and never entirely overcomes the lack of movement to his panels, but for a mystery shrouded in an enigma in a dark world he’s a fine artist for the job.

While the plot, purpose and mystery all work, eventually there has to be a revelation, and that’s not entirely satisfying. Bendis has been smart in waving a clue in readers’ faces, but he’s pulled his threat from deep in DC’s past, from a series he may have read when a teen himself. It’s logical and consistent, just not very thrilling, so Event Leviathan is a story where the journey is the purpose, not the destination.