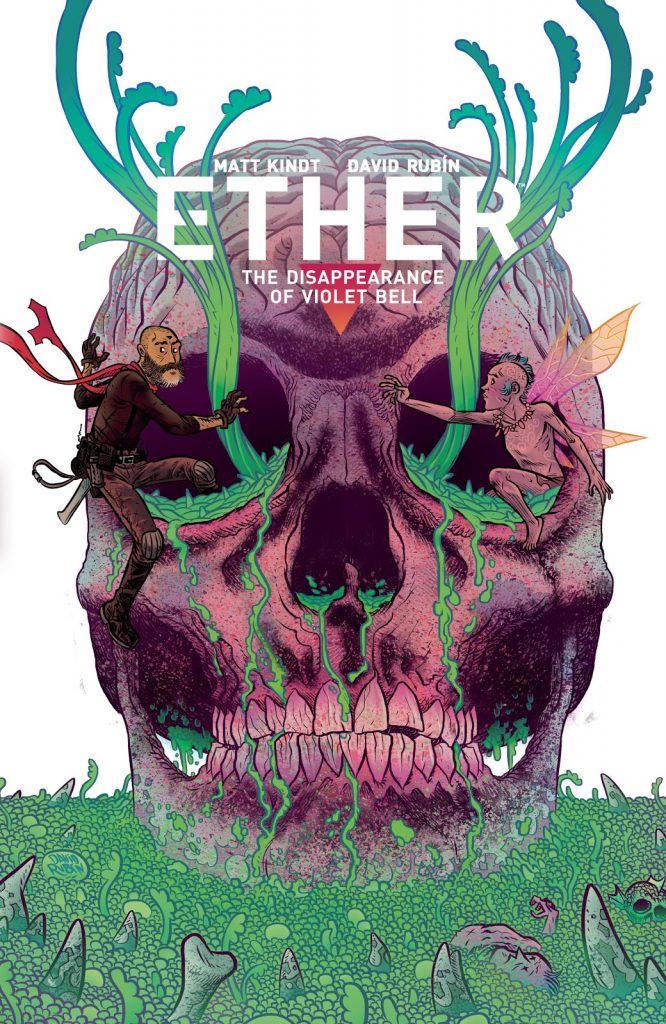 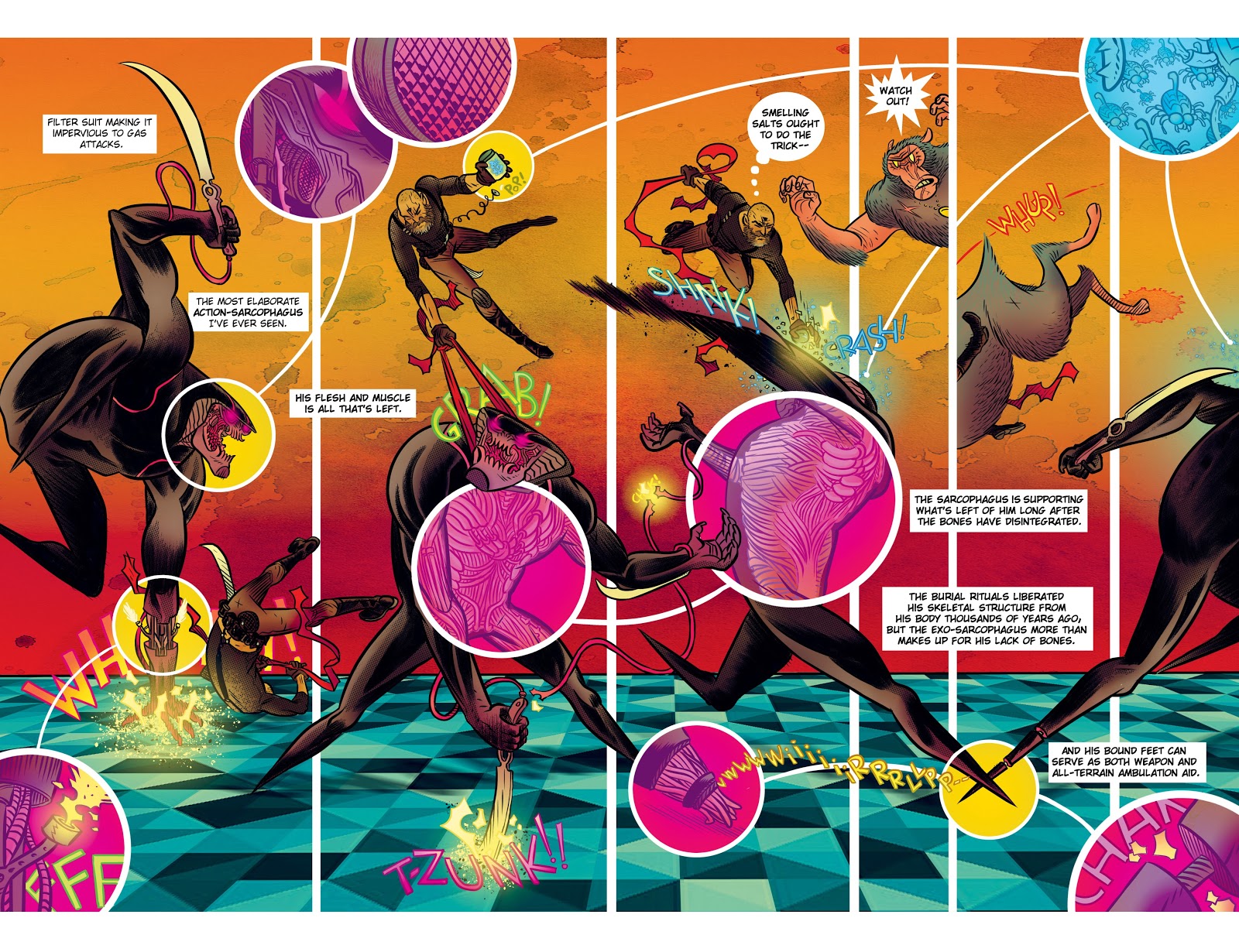 Does Matt Kindt get the deserved credit for being one of the most imaginative writers working in comics? For Ether he taps into the same source channelled by the likes of Philippe Druillet in the 1970s, over three stunning pages delivering the complete stories and unfortunate fates of the Seven Lucky Gods, some completed in a single caption. Their fates are told to Boone Dias as a cautionary tale as he wallows in isolated self-pity, mere throwaway ideas as is the case for so much that follows in this conceptually dense fantasy.

What’s unusual for a writer/artist combination is how David Rubín’s visual imagination is the equal of Kindt’s, in every Ether volume creating dozens of bonkers creatures, yet making us believe they could exist in that environment. He also brings amazing storytelling skills. There’s a complexity to the different moments to which our attention is drawn over an ongoing sequence across the spread, and the design work is eye-grabbing.

We’ve met Violet Bell in earlier books, and she’s possibly the only person whose need could drag Boone from his isolation. This, by the way, is no pose, as seen by events closing The Copper Golems. As before, whereas on Earth Boone would be ordinary, the knowledge he carries from another planet makes him an intellect not to be trifled with, even on a magical world, but as also seen before, he’s unable to rein in his curiosity, and that endangers others. It’s a point well made by Kindt, and his ideas keep coming. There’s such a density of them, some supplied in passing, others forming part of someone’s back story, still more thrown in to explain where Grandor’s been. Lesser writers could feast on what Kindt discards.

Is this the final visit to Ether? Possibly, as one story is complete, yet Kindt is more than creative enough to bypass that if necessary. It all depends on him and Rubín, and if there is no more, it’s been one hell of ride.