Eternals: To Defy the Apocalypse 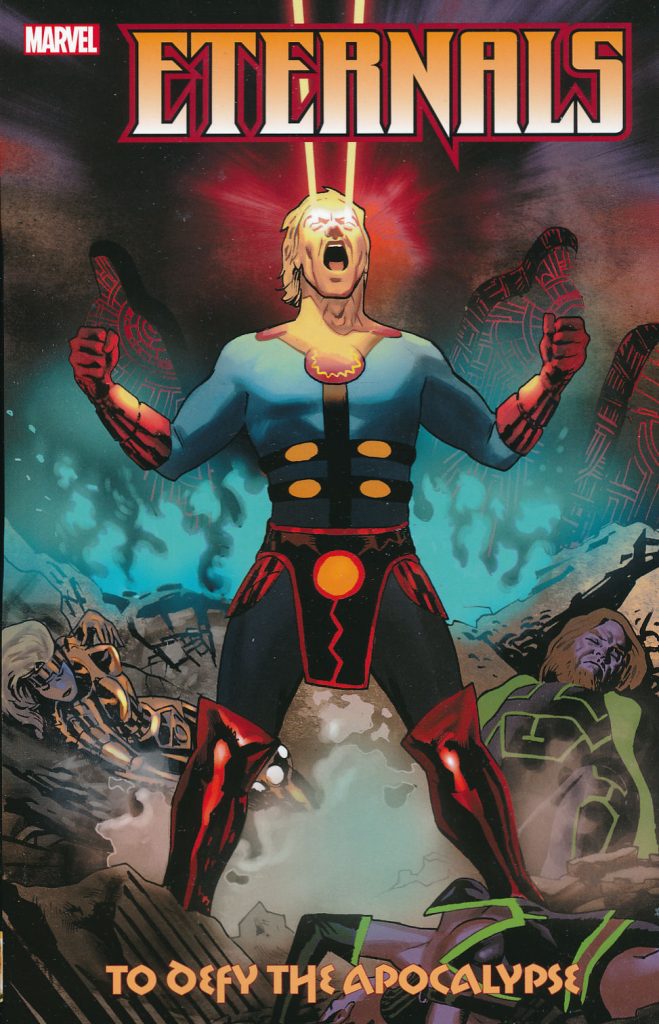 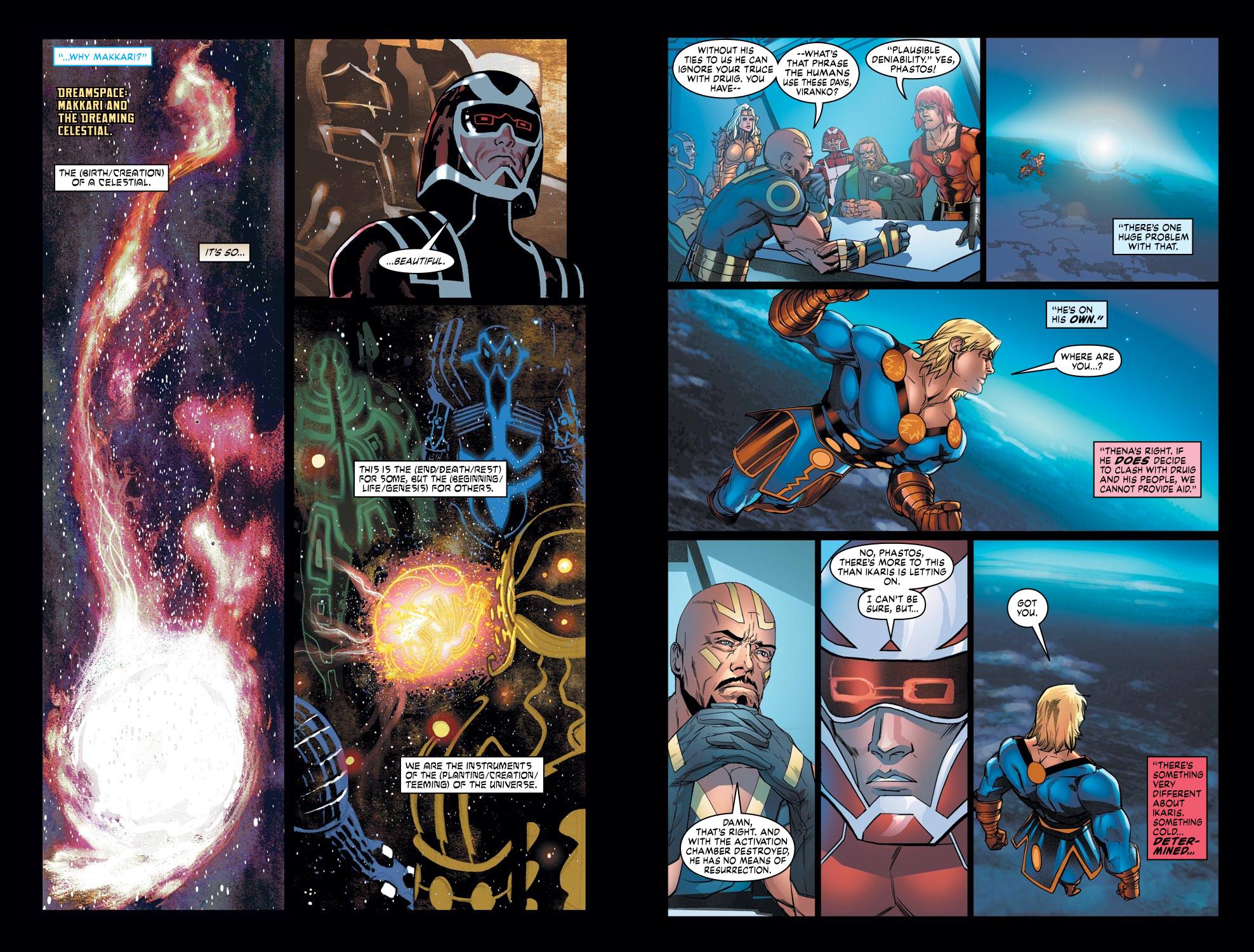 With Neil Gaiman proving there was life left in the Eternals franchise in 2006, but not wanting to stick around for the long term, Marvel turned to TV writers Charles and Daniel Knauf to pick up the dangling threads. The result was poor enough to scotch any thought of further follow-ups, and yet with an Eternals movie imminent To Slay a God and Manifest Destiny have been combined into this single volume to sucker the unwary.

That’s easily done, as just scanning the content reveals page after page of Daniel Acuña’s decorative art providing widescreen wonder and prompting the false hope of those pages containing a story to match the art. Acuña’s only around for half the book, though, and Eric Nguyen’s far less accomplished illustration is the more honest match, lacking imagination and very static.

As To Defy the Apocalypse opens, the Celestials are again judging humanity, Makkari has formed a bond with one of them, and the majority of Eternals have become buried in human identities with their true personalities erased. An opening of the Eternals not affected by this process rushing to locate former colleagues before the evil Druig can convert them is the story’s highlight, providing suspense, the thrill of the new, a viable threat and the awe of Acuña’s art. However, the writers then make a fatal mis-step by dissecting the Celestials and their purpose. Their mystique depends on them being both all-powerful and unknowable, and stripping them bare monumentally reduces their impact.

Knauf and Knauf also very much favour the slowly moving plot, and while that’s a viable narrative device, it isn’t when information is constantly dumped in long sequences that mean the story barely moves forward at all. The initial impression may be that it’s necessary to set up what follows, which to an extent is the case, but after several chapters of it even Acuña’s fighting a losing battle to keep the interest up. To compound the mistakes, Iron Man is heavily featured and sidelines the title cast, most surprises are telegraphed, there’s considerable repetition and after all is said and done the final chapter is rushed and the finale disappoints as unoriginal. As promised in the promotional blurbs, the X-Men also put in an appearance, but they’re more sympathetically involved.

It speaks volumes when a fill-in chapter by Fred Van Lente contains more action and excitement than nine of the main feature, although Pascal Alixe’s art leaves much to be desired. Stay well away.