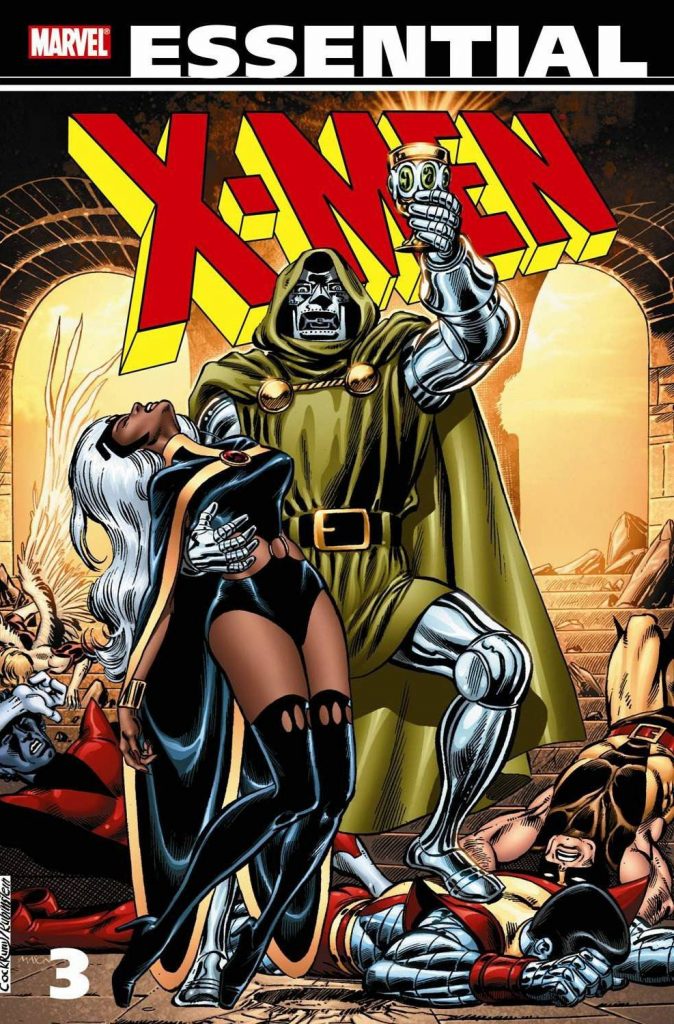 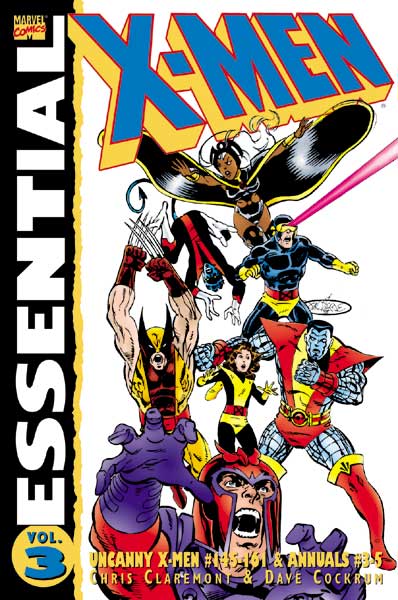 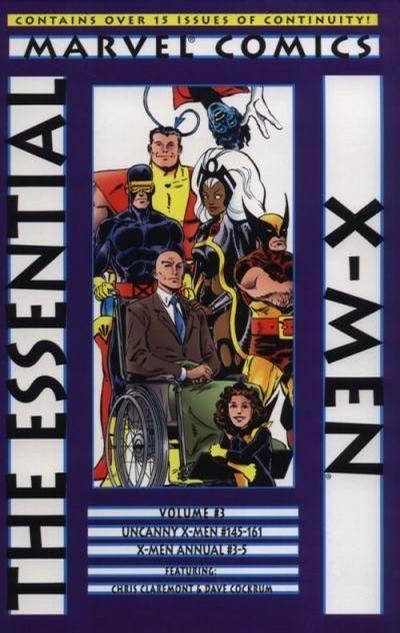 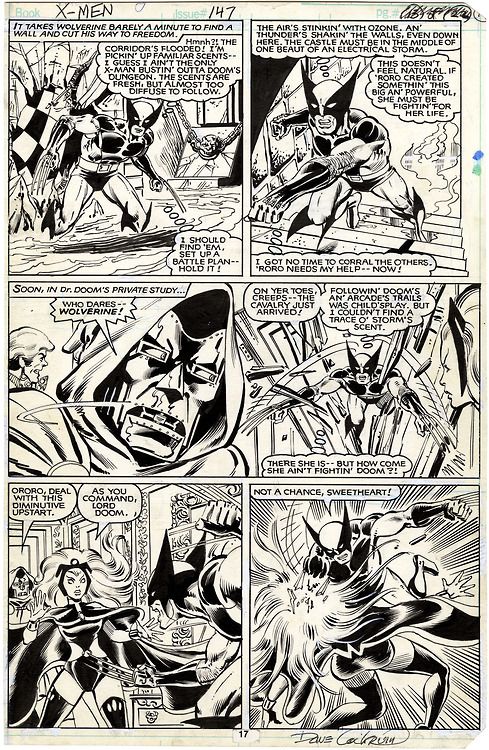 As Marvel’s Essentials line hit second printings the content was adjusted. The later two printings of Essential X-Men Vol. 3 include the fifth and sixth X-Men annuals along with an Avengers annual with X-Men connections, while the first presents X-Men annuals 3-5. If you’d prefer the stories in colour, this content is split over Marvel Masterworks: The Uncanny X-Men volumes six and seven.

Whatever the format, there’s no denying that this initial X-Men content without John Byrne hits the doldrums. Despite the stellar line-up, few artists are at their best, and Chris Claremont’s plots wander while repeating misjudged themes, one of them being assorted people’s infatuation with Storm. The Doctor Doom story is the worst example, but what’s presumably intended to define Storm as a strong, independent and unattainable now transmits as somewhat sleazy, which undermines the efforts Claremont makes to revisit and explain the shabby treatment of Ms Marvel/Carol Danvers by other creators. She’s a surprising wild card that fits well alongside the X-Men.

When so many stories are gathered together, it’s noticeable how Claremont makes an effort to involve the X-Men in genres that stray from standard superhero material, some of which work better than others. Dave Cockrum loved the idea of recasting the X-Men in a pirate fairy tale, and it results in his best art in this collection, while a girls night out charms, but the gothic horror of the X-Men meeting Dracula twice is daft in places and never knowingly underwritten. Dracula’s another infatuated with Storm, and while other reviewers disagree, even Bill Sienkiewicz art can’t save the overblown pomposity. A space opera epic also plays to Cockrum’s strengths and features some well considered political wrangling, but drags on too long over four chapters and overuses the device of seemingly killed X-Men. The consequences of it play out in Essential X-Men Vol. 4.

In terms of the individual personalities, Magneto is well handled, although only really appears in the single chapter. This is Claremont beginning his transformation from outright villain, instituting a more complex agenda of mutant protector. Among the core X-Men more time is spent with some than with others. By this time Claremont had a good handle on Wolverine, so he’s just left to go about his business, and Kitty Pryde is a surprisingly effective personality considering she’s considerably younger than the other X-Men. Professor X’s concerns are interesting, but several others are there just for their powers in moments of need and the occasional pithy phrase in a German or Russian accent.

Cockrum is the primary artist, the sample page featuring original art from the Doctor Doom story rather than the smudgier version in the book. His art differs greatly from the more expansive pages created when X-Men was only published every two months, and even others providing fill-ins can’t disguise his having to make artistic compromises. The star turn art wise is Michael Golden on an excellent story introducing Rogue, who’ll have a long role ahead in X-Men. His pages remain superhero art to drool over.

Claremont’s stories never lack for interesting ideas, and the genre switching is preferable to sticking in a rut, but this is a collection that only sparks into life in fits and starts, with very few individual stories satisfying from beginning to end. 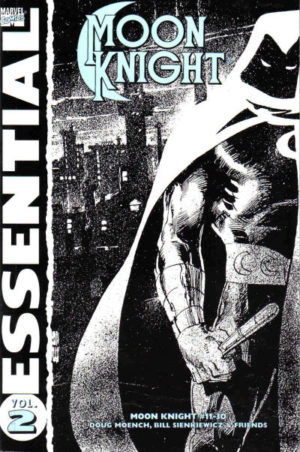 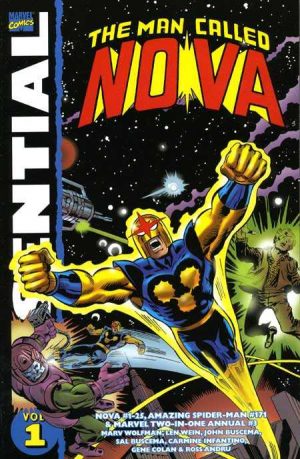