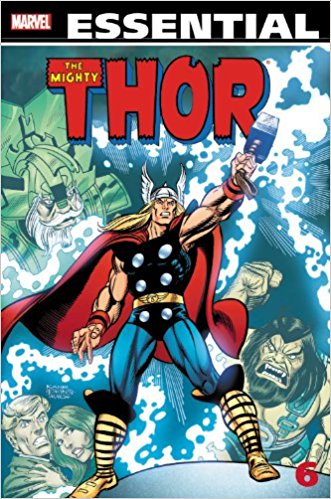 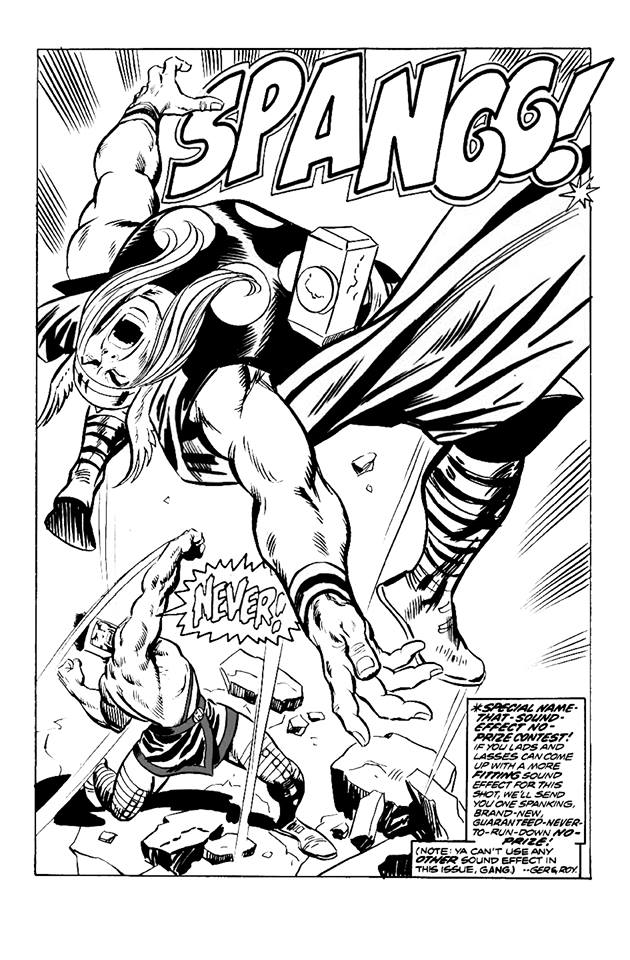 This is in essence the second half of Gerry Conway’s three year run on Thor in the early to mid 1970s, although stretches into the earliest issues of Len Wein’s work on the title from 1976.

Conway’s work here doesn’t match his early enthusiasm as seen in Essential Thor 5. There are still some very good ideas, but these are largely buried within stories rather than encompassing the entire plot, and many of the episodes come across as coasting rather than transmitting the joy and invention of the earlier work. There’s also a fair amount of recycling. Thor in the middle of another confrontation between Galactus and Ego the Living Planet at least provides a good origin for Ego, and an interesting new herald for Galactus in the short-tempered Firelord. However, an otherwise by the numbers encounter with the Absorbing Man is only redeemed with a novel ending, the presence of Hercules never really achieves anything other than some great John Buscema art, and much else is uninspired. One interesting plot has Odin disappearing from Asgard, yet discovered seemingly amnesiac in a rural Californian farm community, which works as teasers. However, it’s strangely subverted by Roy Thomas and Bill Mantlo who write an issue apiece after Conway, and wrapped up unceremoniously with little explanation by Wein.

Buscema’s art looks amazing in places, for the most part beautifully inked by Joe Sinnott, but when it comes to the big images all too often he disappoints. Exceptions are the sample page, and an utterly fantastic arrival for Galactus over two pages, but using two pages for his big illustrations has a cost in the available space elsewhere. Sal Buscema illustrates one chapter, and the other primary artist is Rich Buckler, who starts well, but very quickly slackens off, subsequent episodes lacking detail and looking stiffer imitations of Buscema and Jack Kirby.

Conway works into his best story slowly, first rapidly returning Firelord, but building that into Loki taking charge of Asgard and using its forces to invade Earth. It’s a novel use of Loki, and has a cracking final chapter in which Thor has to employ some subtlety rather than heading in hammer flying as he usually would. That story, however, is surrounded by too much ordinary material, and Conway’s better remembered by his first two years on Thor.

Wein’s issues close the book, and they have their moments. He restores the Warriors Three to Thor’s cast, surrounding the usually dour Thor with spirited company, and we have a tale of time gone askew. See Thor take on a tyrannosaurus rex, the Mongol hordes, futuristic warriors, then gasp as the terrible Time Twisters see to the end of Earth. There’s a clever finale to a tale that betters much of what came before, and Buscema obviously enjoyed the sheer variety of what was thrown at him. As the book closes, it seems Thor’s series was in good hands.

The content is also available in colour spread over volumes 13, 14 and 15 of the hardback Marvel Masterworks Thor volumes.