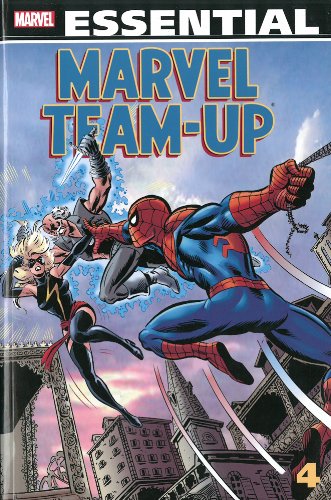 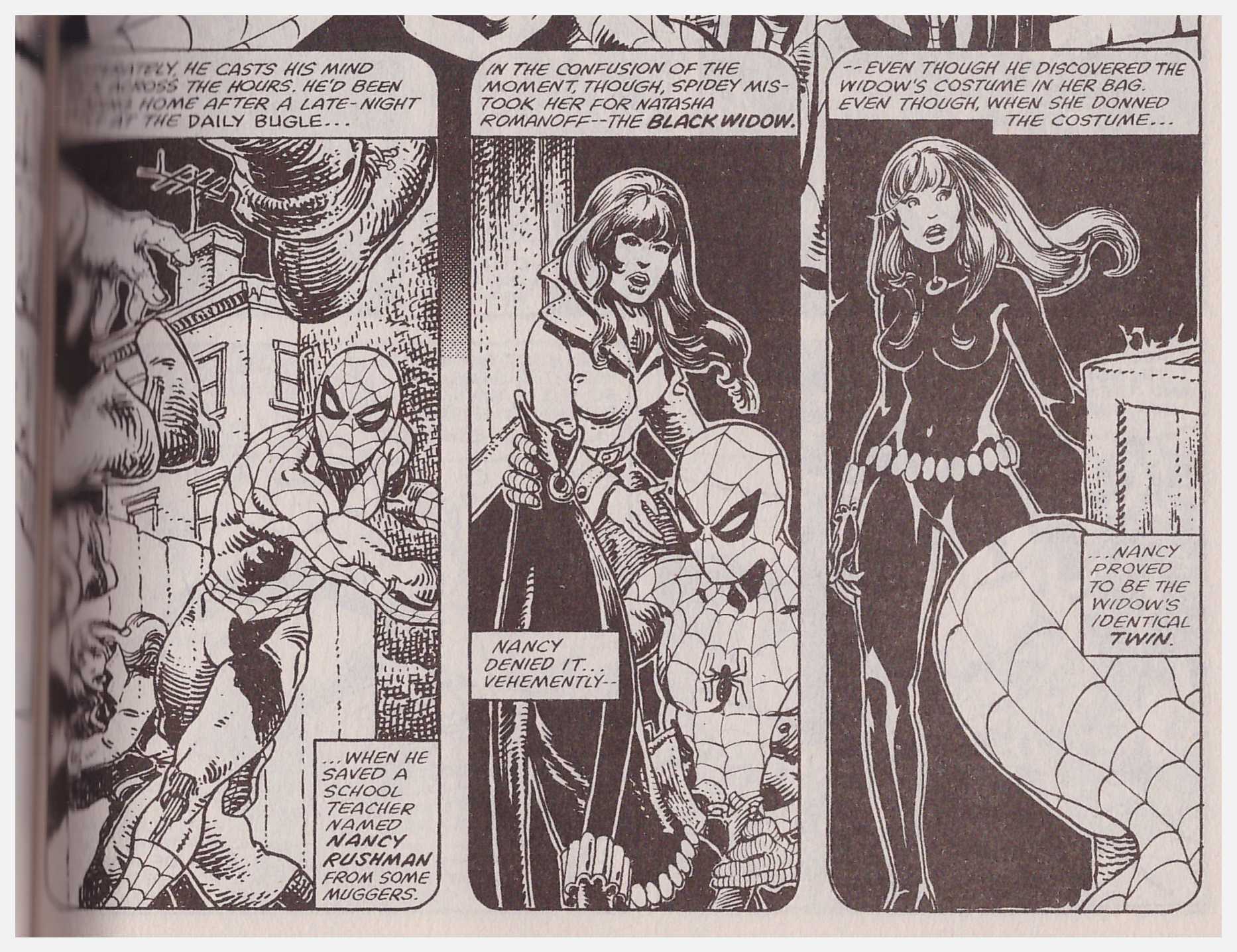 After a high quality collection of material in volume three, the brief version of volume four of these Spider-Man team-ups is that they start well enough, but the level dips.

The synthesis of Chris Claremont and John Byrne is what enlivened a sagging title, and Claremont without Byrne isn’t quite as appealing. He did contribute art for a single story during this run, but as Marvel no longer have the comic licence for Robert E. Howard’s creations the teaming of Spider-Man with Red Sonja is absent. That issue fitted into the genre-hopping that characterised Claremont’s final run of issues. There’s the clash of horror and mysticism with Doctor Strange over four chapters, the straight superheroics of the Guardians of the Galaxy (original version), gangsters and guns with the Invisible Woman, and a visit to the circus with Nightcrawler, engagingly drawn by Mike Nasser.

Claremont’s best work here is a tense four part spy drama involving Black Widow, Nick Fury and Shang-Chi in which the ante is continually upped. Part of the appeal is the unusual art combination with Sal Buscema and his exemplary pencil layouts given a decorative embellishment by the inking of Steve Leialoha.

Most of the remaining stories are written by Steven Grant, and while never quite poor, his work is formula material lacking the spark of interest that Claremont generates. Alan Kupperberg supplies a teaming of Howard the Duck with Spider-Man that attempts to emulate what Steve Gerber was doing with the character, but falls short on the basis that Howard required Gerber’s insight to work. Without him he was always just poor parody.

The best of the non-Claremont material is an annual written by Roger Stern and pencilled by Herb Trimpe, with the art style mutating according which of the six credited inkers is handling a particular page. The combination with Al Milgrom works best. The story involves the Hulk, Luke Cage, Iron Fist, Machine Man and a merry chase. Interestingly, Spider-Man isn’t involved.

This is the final volume of Essential Marvel Team-Up to date. It’s a shame it couldn’t extend a little further to capture the 100th issue by Claremont and Frank Miller, but there’s almost nothing noteworthy beyond that.