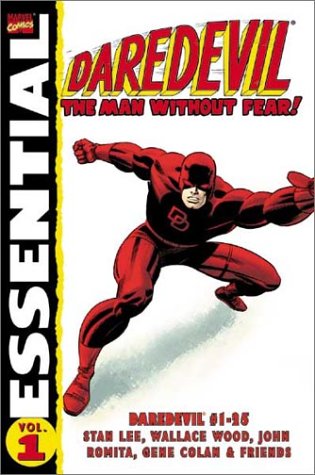 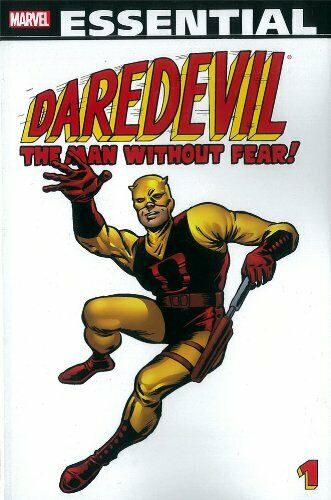 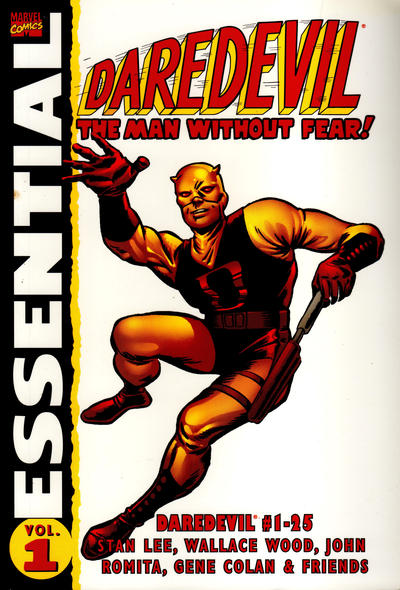 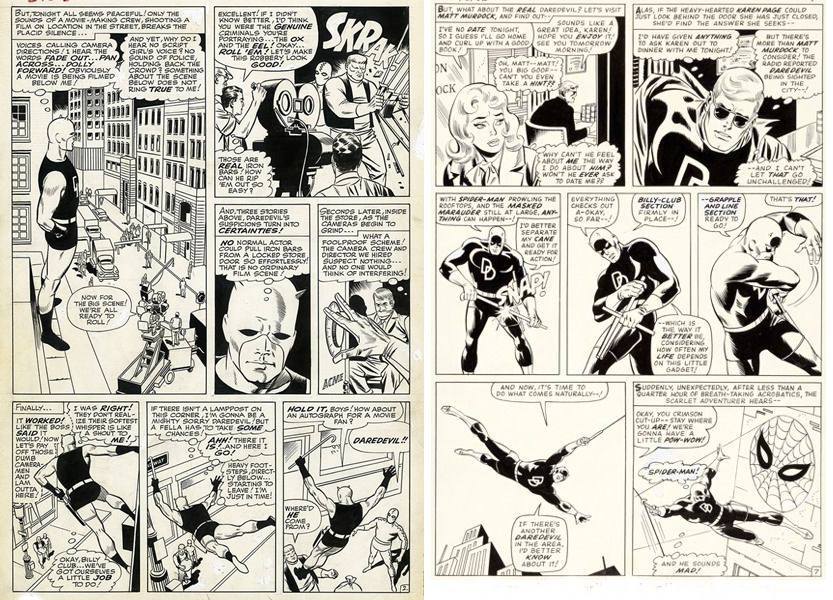 Essential Daredevil Vol. 1 covers almost the first three years of Daredevil’s publication from his 1964 origin story to meeting a crook who dresses like a frog with springs on his flipper (yes, really) in 1967. A bi-monthly publication schedule accounts for the mathematical discrepancy.

Marvel’s problem at the time was success built on Jack Kirby and Steve Ditko’s art, yet they could only draw so many titles a month, and the results of the talent pool being spread thin are visible here. With some assistance from Ditko, Bill Everett draws Daredevil’s nonsensical yet visually engaging origin story. Stan Lee recounts how young Matt grew up in the slums, raised by his father Battlin’ Jack Murdock, a second-rate prize-fighter. Determined that the boy will be something, the father extracts a solemn promise from him never to fight. Mocked by other kids, called “Daredevil”, he abides by his vow, but secretly trains his body to physical perfection. That’s useful when he’s hit by a speeding truck and his face is doused in the radioactive cargo. His sight is burned away but his other senses are super-humanly enhanced and he gains a sixth, “radar-sense”.

Matt graduates college with a law degree and sets up in business with his room-mate Franklin “Foggy” Nelson, and they hire a lovely young secretary named Karen Page, providing a compelling civilian backdrop to the crimefighting drama. Murdock skirts his vow to his father by only using his now enhanced senses to fight as Daredevil. The series takes time to gel, a combination of Lee going through the motions and mundane art before Wally Wood’s appointment. Wood’s masterpiece, with no fanfare at all, sees Daredevil’s switch to the iconic and beautiful all-red outfit we know today, a hopelessly one-sided battle with the Sub-Mariner, and Murdock the lawyer as a brilliant orator. More first rate art follows. John Romita’s easy, flamboyant style and expressiveness and Gene Colan’s superbly humanistic drawing and facility with expressions. Colan’s approach would define Daredevil for years.

The stories veer from the frankly daft of a bullfighter who uses his skills for crime, and an outrageously ill-informed depiction of London to taut crime dramas. They introduce villains who’d have mileage like Killgrave the Purple Man, Stiltman and the Gladiator, while gradually evolving the wise-cracking swashbuckler persona that would prove so long-lived in intoxicating action. The sub-plot of Foggy adoring Karen, who only has eyes for Matt who loves her but won’t let her waste her life on a blind-man actually starts to make sense and progress, with the final story introducing the confident Mike Murdock to complicate that triangle further.

Even with all the archaic and just plain dumb bits, most of these are still fine superhero tales with beautiful art that will never stale or wither. If preferred, these stories can be found in colour spread through the first three volumes of Marvel Masterworks: Daredevil, or in the oversized Daredevil Omnibus. Vol. 2 continues the run in black and white. 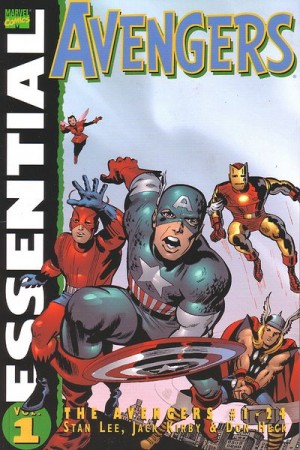