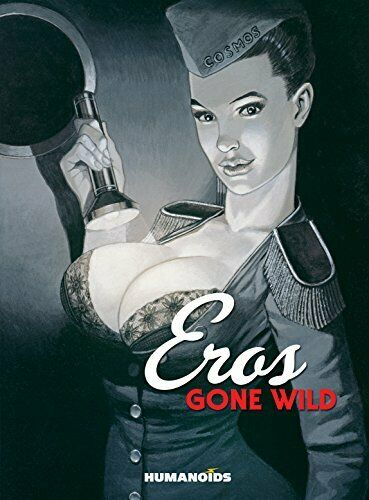 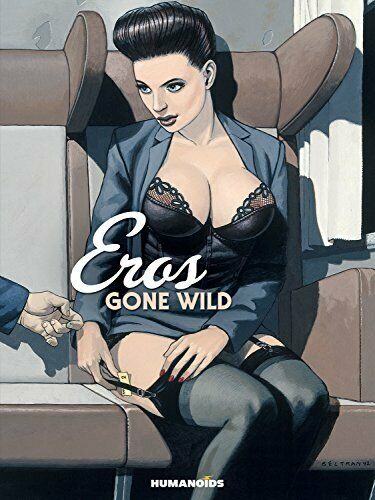 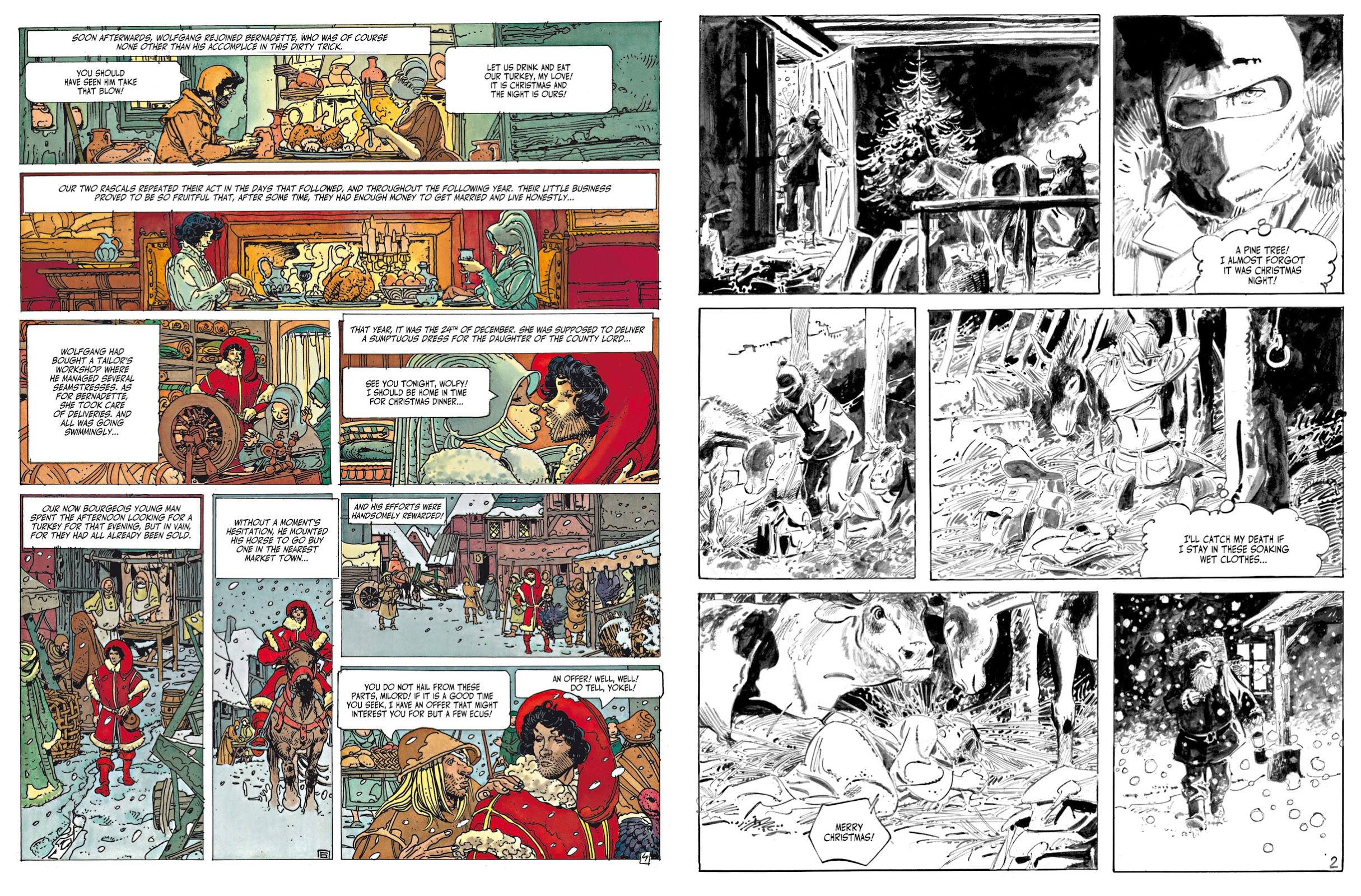 Eros Gone Wild translates the contents of four French anthologies published in the early 1990s, and as the cover suggests, the topic is sex, to which Europeans have a more open attitude than most English speakers. In terms of the sheer amount of first rate artists involved it’s unlikely you’ll come across a finer anthology. It presents a snapshot of the best European comic artists from that era, all creators supplying a short story involving sex rather than restricting their content to sexual activity alone, so perhaps erotica rather than pornography. While definitely earning an adult ranking, the levels of explicitness vary, with Mezzo and Pirus’ fetishistic spectacular the upper end of the scale. It’s also worth noting that only one of the contributors explores anything other than male and female combinations.

The original anthologies had contributors given a broad theme around which to base their four to six page stories. It’s surprising how many creators ensured Santa Claus has a fine old time in the Christmas selection, but some are more imaginative, with Jean-Pierre Gibrat’s contribution standing out in a particularly well drawn selection. The sample pages both come from this selection, featuring artists Boro Pavlovic and Paul Gillon, neither of whom has seen much of their work translated into English. Horacio Altuna, Michel Faure and Miguelanxo Prado all impress.

Only two writer/artists produce strips for all four sections, and it’s possibly just coincidence that each explores darker areas of sexuality. Annie Goetzinger has the greater variety to her material, ranging from a peculiar relationship between mistress and servant to a woman’s unusual way of raising money for the church. They’re more cerebral than the work of Alex Varenne, who delves into matters moving beyond straight sex usually reserved for a more limited audience.

A broader selection of encounters characterises the Summer section, again a joy for presenting creators little known in English. Louis Retief and Florenci Clavé supply a satirical look at a teenage boy’s resentment of his older sister and his love of films with a mythological theme, Denis Frémond’s fine-lined imaginative cartooning has a real life to it, and Michel Blanc-Dumont’s precision is astounding.

Alain Bignon’s work stands out in the Lingerie-themed selection for having a lush, stylised expressionistic approach whereas many of the other creators aim for cartoon realism. Jean Bouguingnon’s baroque black and white fantasy is notable for similar reasons. Arno’s story of the German Secretary exudes personality in what’s a bittersweet coming of age, one of many stories with a sting or disappointment awaiting the protagonist at the end.

The Travel section mixes many creators then near the start of their career like Edmond Baudouin and Raives, with veterans like Jean-Claude Forrest and Victor De La Fuente and Georges Pichard, while the virtually unknown but very accomplished Mayall made this collection and produced little else. Perhaps they’re someone better known under another name. It’s certainly the most varied of the four sections.

Artistically this is a stunning collection, but the writing doesn’t always live up to the art. Surprisingly, romance is present alongside the eroticism, and while some creators only pander to standard male fantasies there are also plenty who recognise sex is more satisfying when it indulges both partners. For those who really want to appreciate the art Eros Gone Wild isn’t just available in the standard hardcover, but also in the even pricier oversize edition.