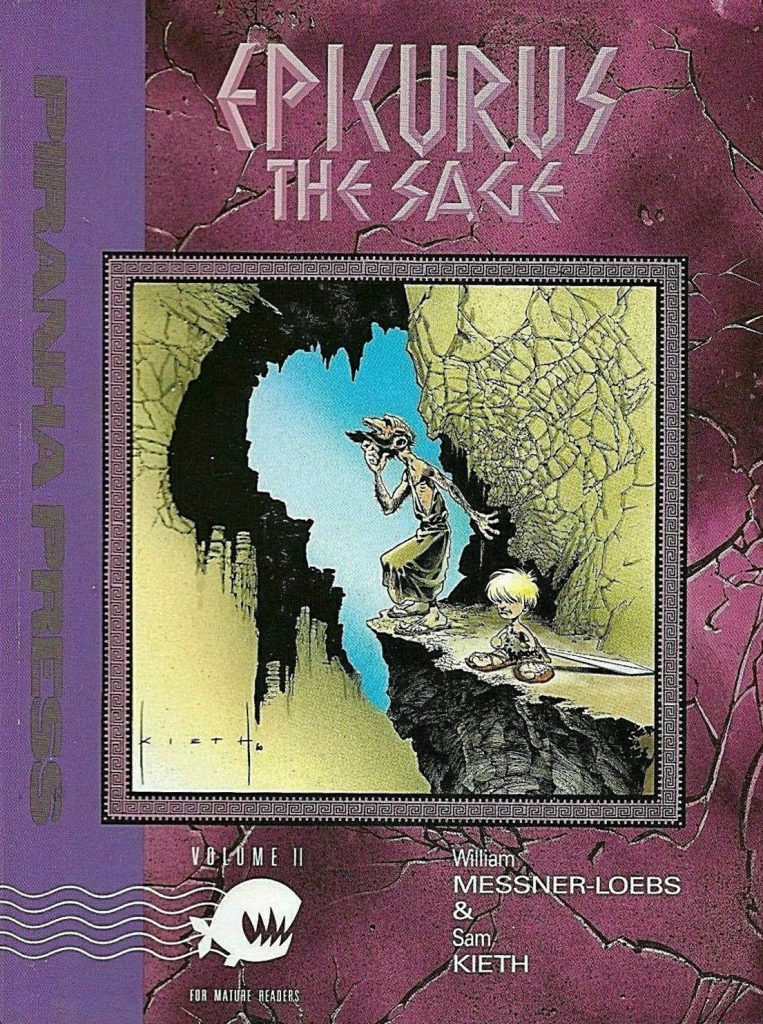 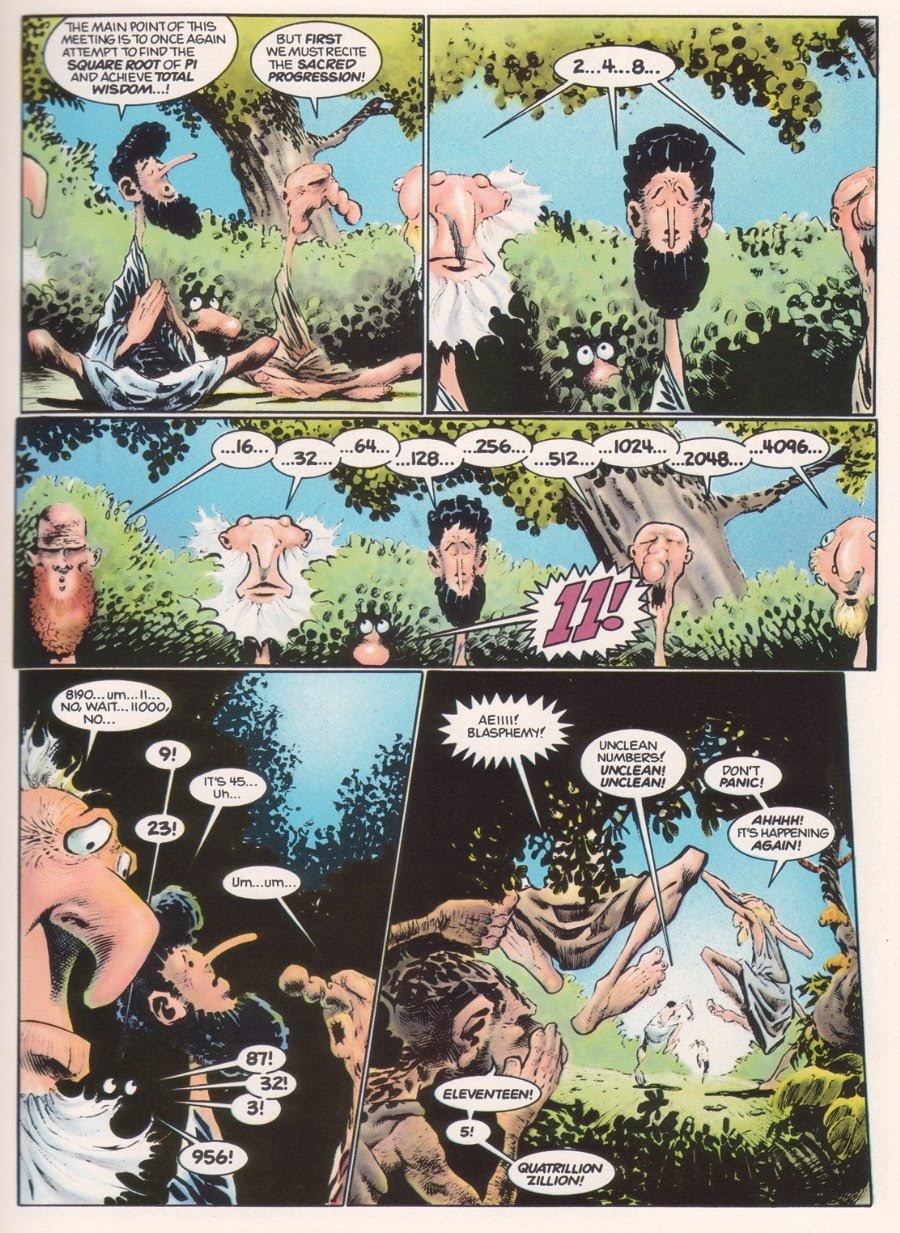 Volume 2 of William Messner-Loebs and Sam Kieth’s Epicurus the Sage is pretty much more of the same as is found in volume 1. The same three individuals – the philosophers Epicurus and Plato, and the young Alexander the Great – are at the centre of the story. Some of the same supporting characters, such as Socrates and Aristotle, also turn up. There is the same gleefully anachronistic mixing of Greek history and Greek myth, the same erudite jokes about philosophy and the same delight in slapstick for slapstick’s sake (see sample image for an example of the last two working together). Sometimes there are even the same jokes.

As a consequence, Epicurus volume 2 is subject to the same criticisms that can be levelled at volume 1. Messner-Loebs’ script is possibly too learned, at times risking being wilfully obscure. And Kieth’s artwork continues to be heavily stylized, and is full of grotesques, which may not be to everyone’s taste. But, as before, if you do like this sort of stuff, you’ll probably like it a lot – after all, you don’t really need to know what the Pythagoreans believed about numbers to find Epicurus’ disruption of their ritual amusing. However, it does need to be said that this is not quite up to the standard of volume 1 as there’s a sense that Messner-Loebs crammed all of his best material into the first story, perhaps not expecting another chance.

‘The Many Loves of Zeus’ pretty much supplies what the title tells you. Epicurus, Plato and Alexander encounter a number of the women who became involved in the sexual affairs of the ruling god Zeus, a notorious philanderer. In the mythological stories, these women often came to unpleasant ends – turned into bears, burnt to a crisp, etc., and one wonders if this is Messner-Loebs making up for toning down the rape of Persephone in the previous volume. Epicurus & co. track down Zeus, who turns out to be a bit of a pathetic figure – fat, balding, and perpetually depressed. He puts things right for most of the women, and the story pretty much ends. The plot isn’t as well-constructed as before.

Still, it remains fun in many places, and worth following up, though readers are perhaps best directed towards the 2003 collection. 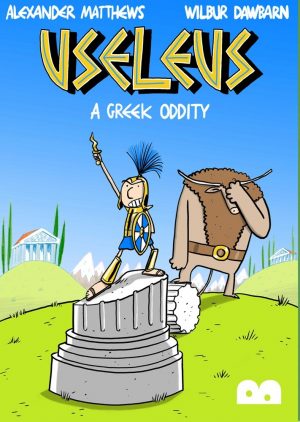 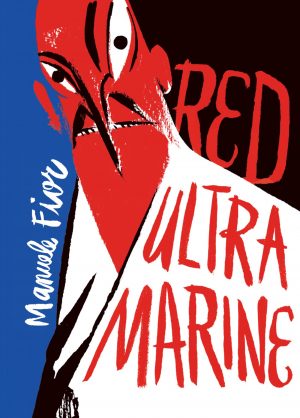