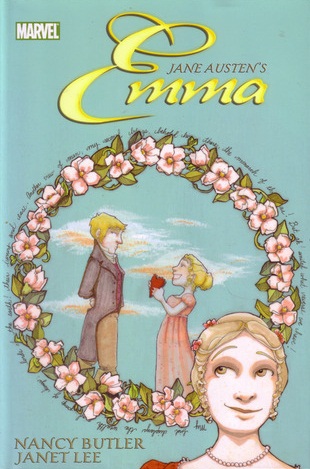 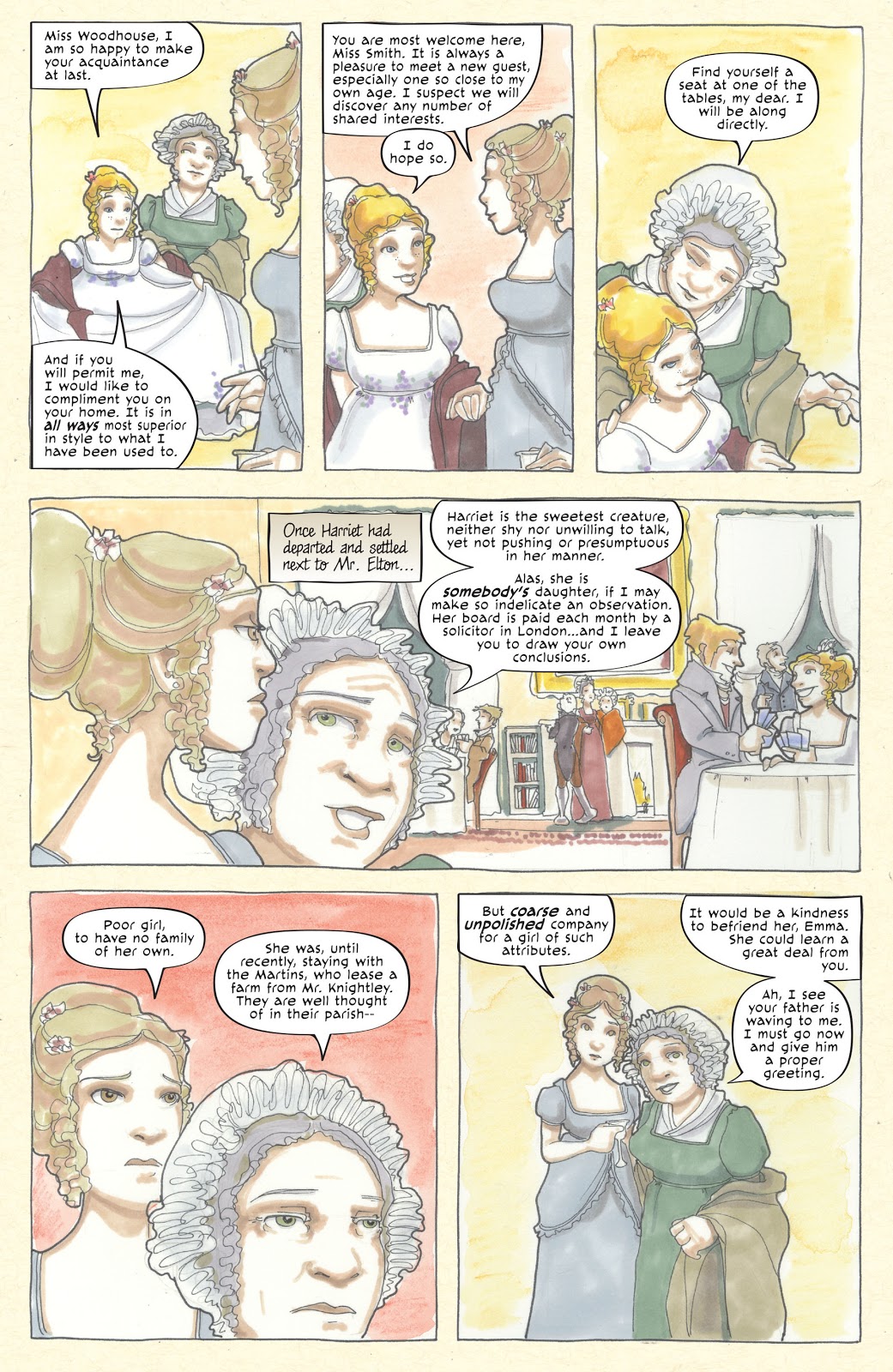 This third of Nancy Butler’s graphic novels adapting the works of Jane Austen is the first with Janet Lee on board as illustrator. White Butler’s previous artistic collaborators were good artists in their own right, Lee’s cartoon approach just gels in delivering characters who reflect Austen’s own disenchantment with the status quo via strong expressions.

Emma concerns the unfortunate consequences of hubris, but in hindsight also speaks to the limited range of activities considered suitable for women in Austen’s time. As she’s successfully introduced two people who’ve recently married, Emma Woodhouse considers she has a talent for matchmaking, and there are others in her village of Highbury who could benefit. This comes with a side dish of 19th century social snobbery, and her first attempt at advising a protégé produce results that please no-one.

The innovation of Emma as a novel is its narrative. Almost everything is related from Emma’s viewpoint, and the necessity to have her on stage and seen in a graphic novel removes the individualism of Emma as an observer. Key to the novel is that Emma is misguided, that what she says reflects her personality rather than any truth universally acknowledged, and she’s not a person to be admired overall. It was a brave step for the era, but Butler’s adaptation removes any ambiguity as it accentuates Emma behaving inconsiderately. It’s a change forced by format, but that format also has advantages, not least with Lee able to give the town of Highbury a staged presence, and some of the cast a look that reflects their personality as soon as they’re introduced. Harriet is awed and uncertain, Frank brash and crass.

A judgemental complexity runs through Emma, and Butler’s adaptation brings this through, but being faithful to the text requires transporting long passages of directly, leading to a very word heavy graphic novel. As Emma is a twisting and compelling story, if conforming too much to expectation via happy endings for all, it’s been strong enough to survive adaptations into other art forms, and also survives comics, but the original novel remains the best option.