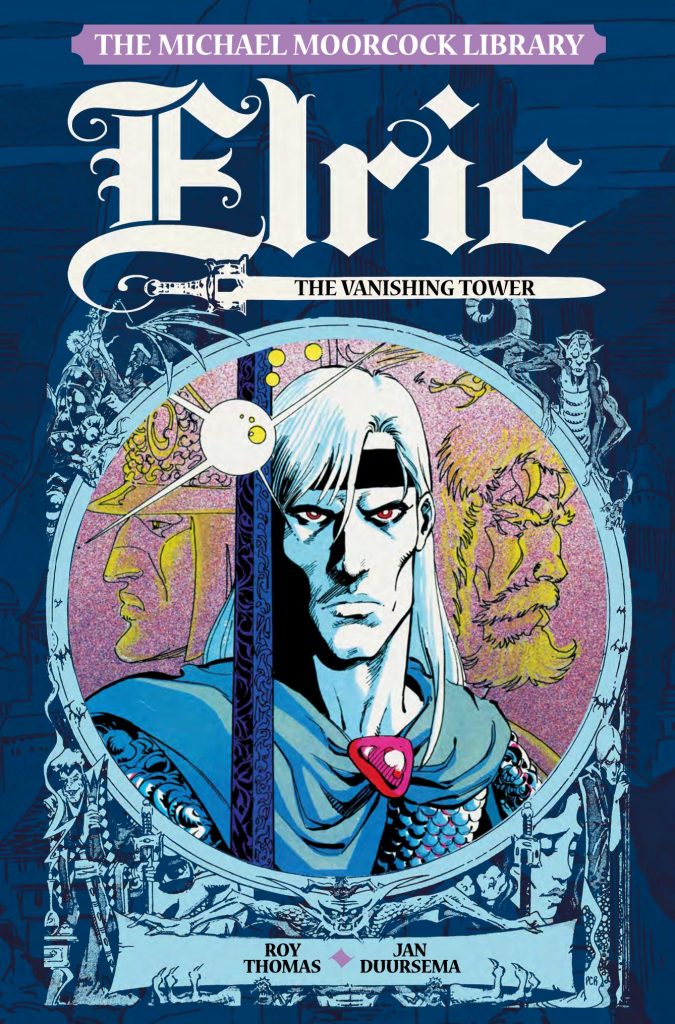 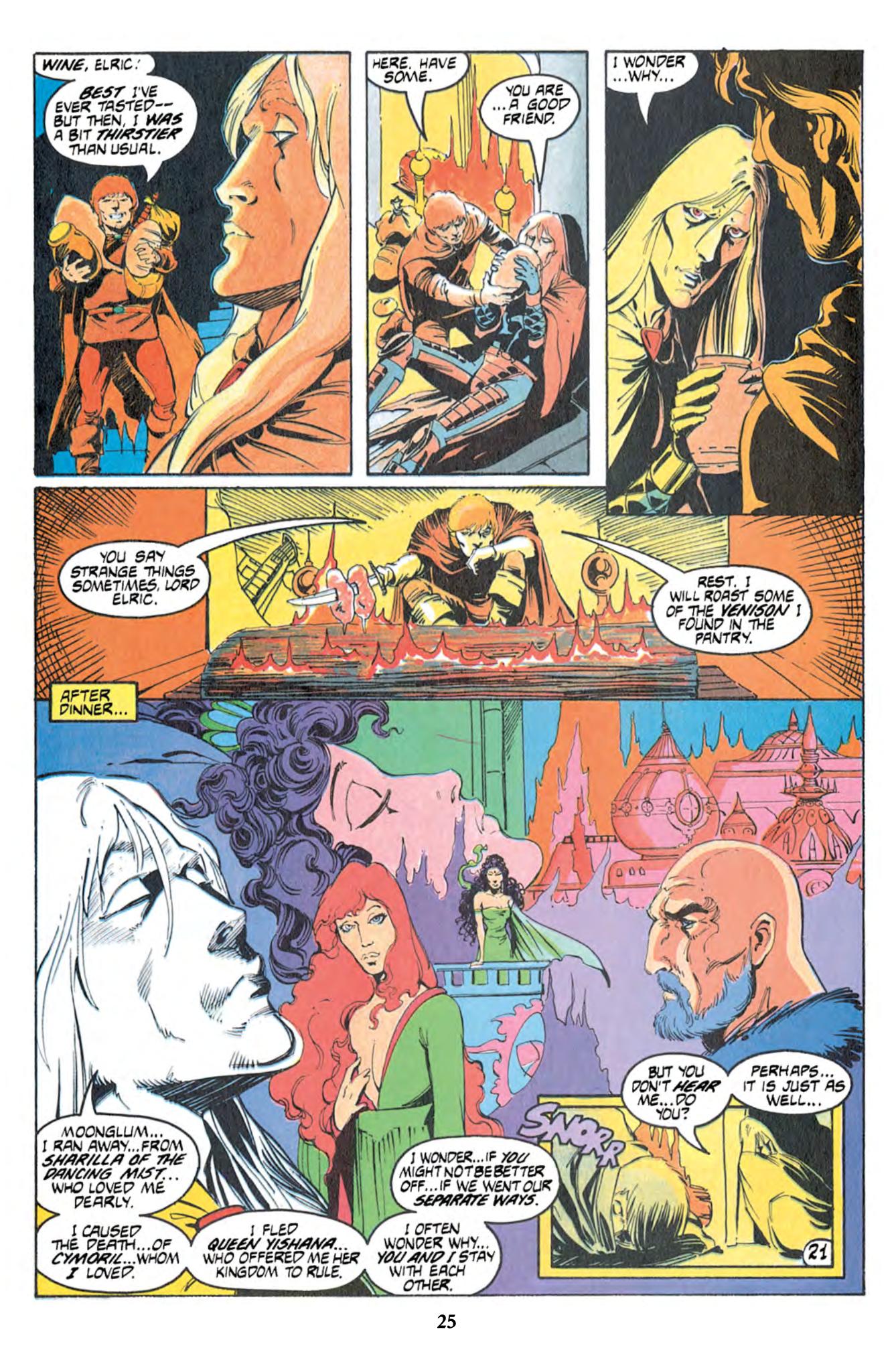 Following The Weird of the White Wolf, Elric is still in the company of Moonglum, and as The Vanishing Tower opens he’s chasing a wily sorcerer named Theleb K’aarna, whose name reads like an anagram, but isn’t. While giving him credit for some minor sorcery, Elric is puzzled by how elusive he manages to be, and the forces he’s able to call on, so proving far more troublesome than anticipated. So much so that he has a place in both the Michael Moorcock novellas combined for The Vanishing Tower’s prose version.

Now on his fifth Elric adaptation, Roy Thomas is now well into his stride, and The Vanishing Tower has a selection of solidly imaginative threats that Thomas brings to life, from the Noose of Flesh to the fearsome Guardian of Urish’s treasure. Elric is a complex bundle of self-loathing and ego, which comes across well, if not making him a very appealing character unless you buy into his entire world. His companion Moonglum is less well developed, and seemingly serving little purpose, his loyalty in the face of rages and insults never adequately explained by Moorcock, and there’s also the occasional convenience as to when Elric can or cannot act and whether or not gods aid him.

Jan Duursema takes her artistic cues from P. Craig Russell’s earlier work on Elric, using similar panel breakdowns on the page, often very long and thin, either horizontal or vertical, and her Elric is a blend of vulnerability and power. Her staging is notable, making the most of an awesome scene where Elric summons his sword in trying circumstances, and knowing when to be ornate and decorative and when to dive deep into bloody battle. The overall look of the art changes when inked by Nicholas Koenig, who adds a classical flourish.

If you just want to sample one Elric graphic novel, this is a good choice. With the exception of its distinctive hero, it’s straightforward and traditional, avoiding the nebulous threats of some previous stories and providing others seeming beyond the power of a confident Elric. The references to earlier stories are easily picked up, and it’s nice to see the Red Archer again. Purists may be unhappy that a third tale packaged in The Vanishing Tower novel hasn’t been adapted for the graphic novel, but there’s enough sword and sorcery entertainment here to sstisfy anyone else. 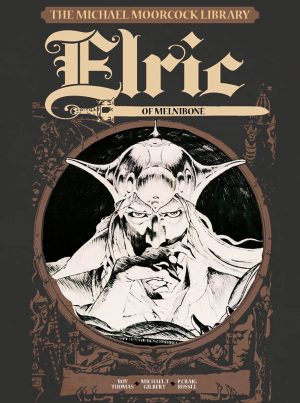