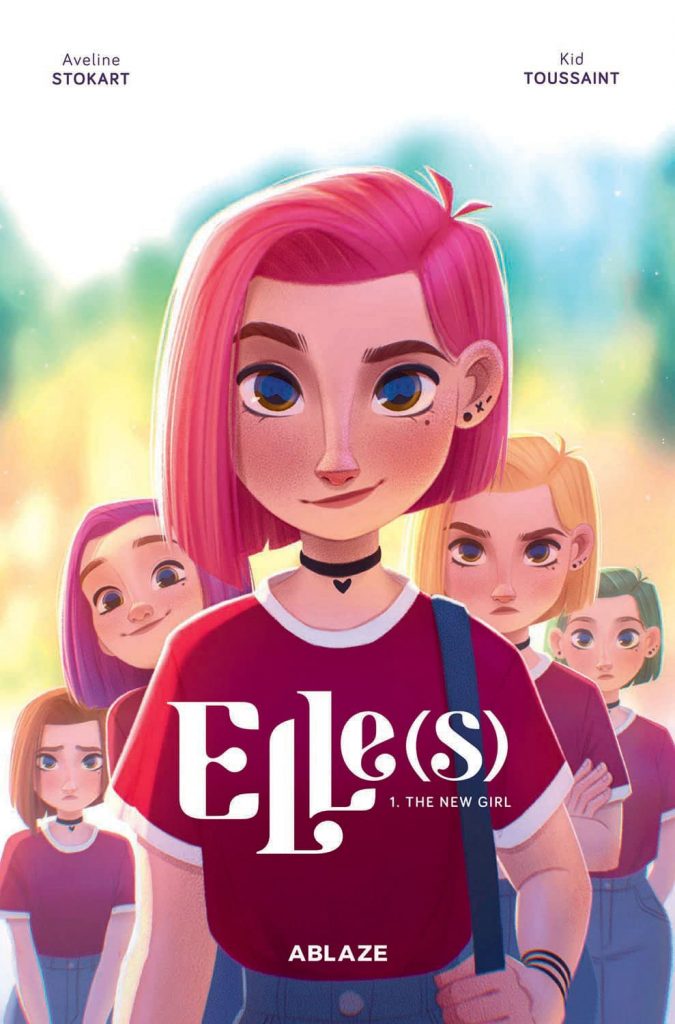 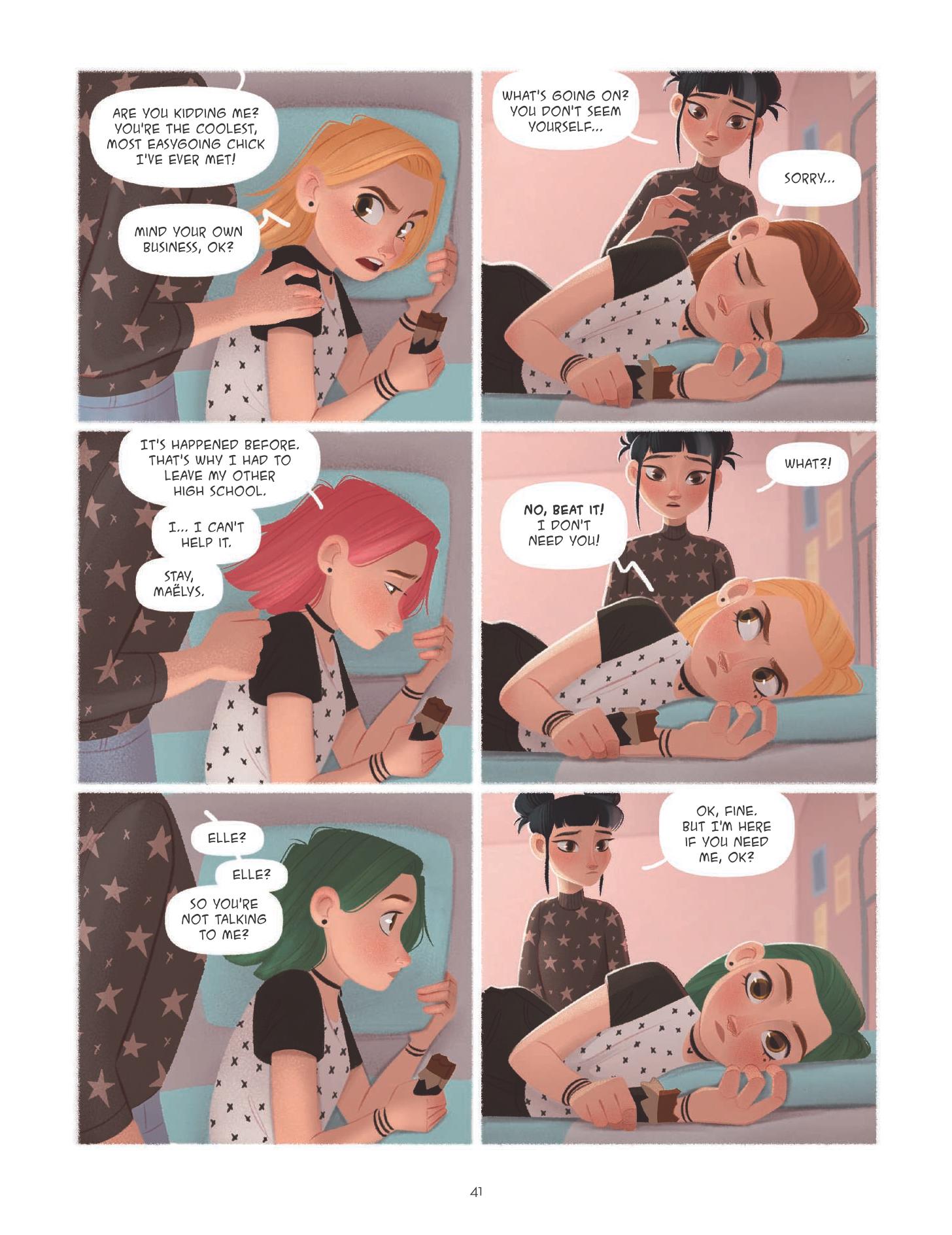 Elle(s) opens with a teenage girl hovering, but chained, claiming she can’t be kept in place forever. By the time that becomes relevant again Kid Toussaint and Aveline Stockart have made readers forget about it entirely. The meantime is spent seeing Elle at her new school, smart enough not to be intimidated by the bullies, and easygoing enough to make friends quickly.

Stockart’s very appealing 3-D cartoon style art implants the cast in their locations, but she’s also good with expressions showing what they’re feeling, and that’s important when a third of the way through the resonance of the opening scene is clarified. The chained girl is a separate personality, and when the opportunity arises she’s able to take control of Elle who becomes more aggressive and unpleasant. As seen on the sample art, the changes in Elle’s personality are signified by her hair colour also changing, although that’s a guide for readers, not a literal transformation.

When the changes come it seems at first as if they’re sensationalised, but Toussaint’s script is actually sensitive, and is concerned with multiple personality disorder, although examining it via an exaggerated fictional method. “It’s like I watched it happen from outside my body”, explains Elle, “It’s like someone had taken possession of my body to hit Gilda”. This is when Elle has opened up to Maëlys, her best friend. Elle acknowledges there have always been mysteries about her infancy, and her parents are evasive when she asks questions, so she and her friends decide it’s time to investigate personally.

Don’t look for a medical dissection of Elle’s condition, but accept a gripping young adult story is the priority and there’s a lot of fun to be had. Elle’s friends are a likeable bunch, and Stockart’s art improves by the page. The only real disappointment is that this is only the first half of the story. The second has been published in French, so Ablaze will presumably be translating it in due course.