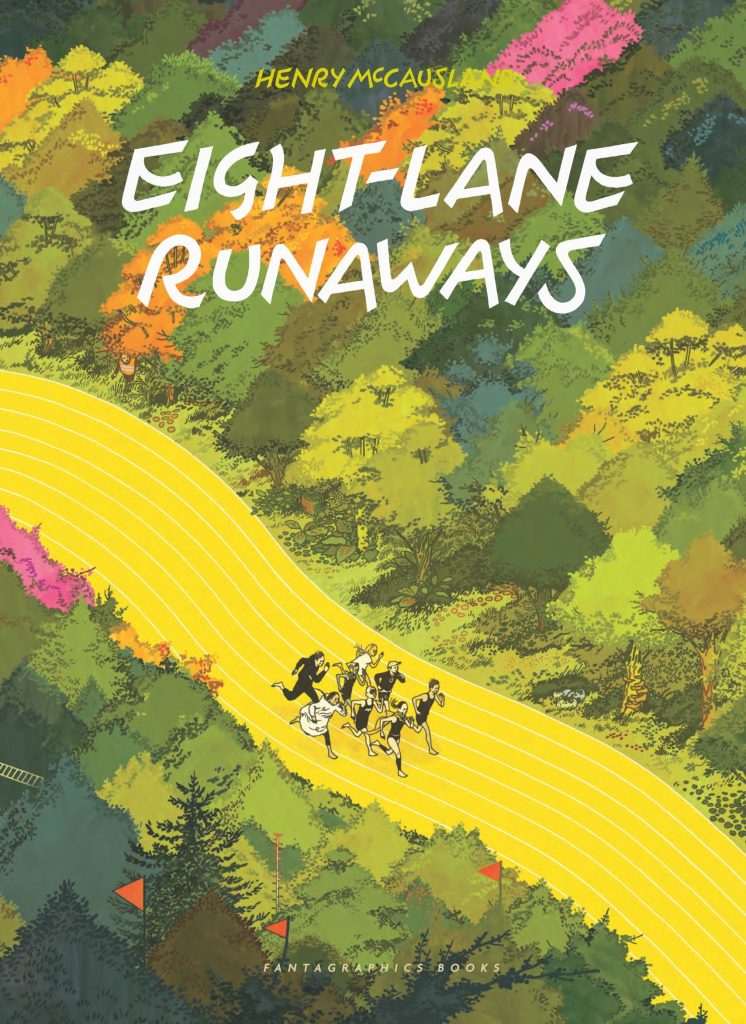 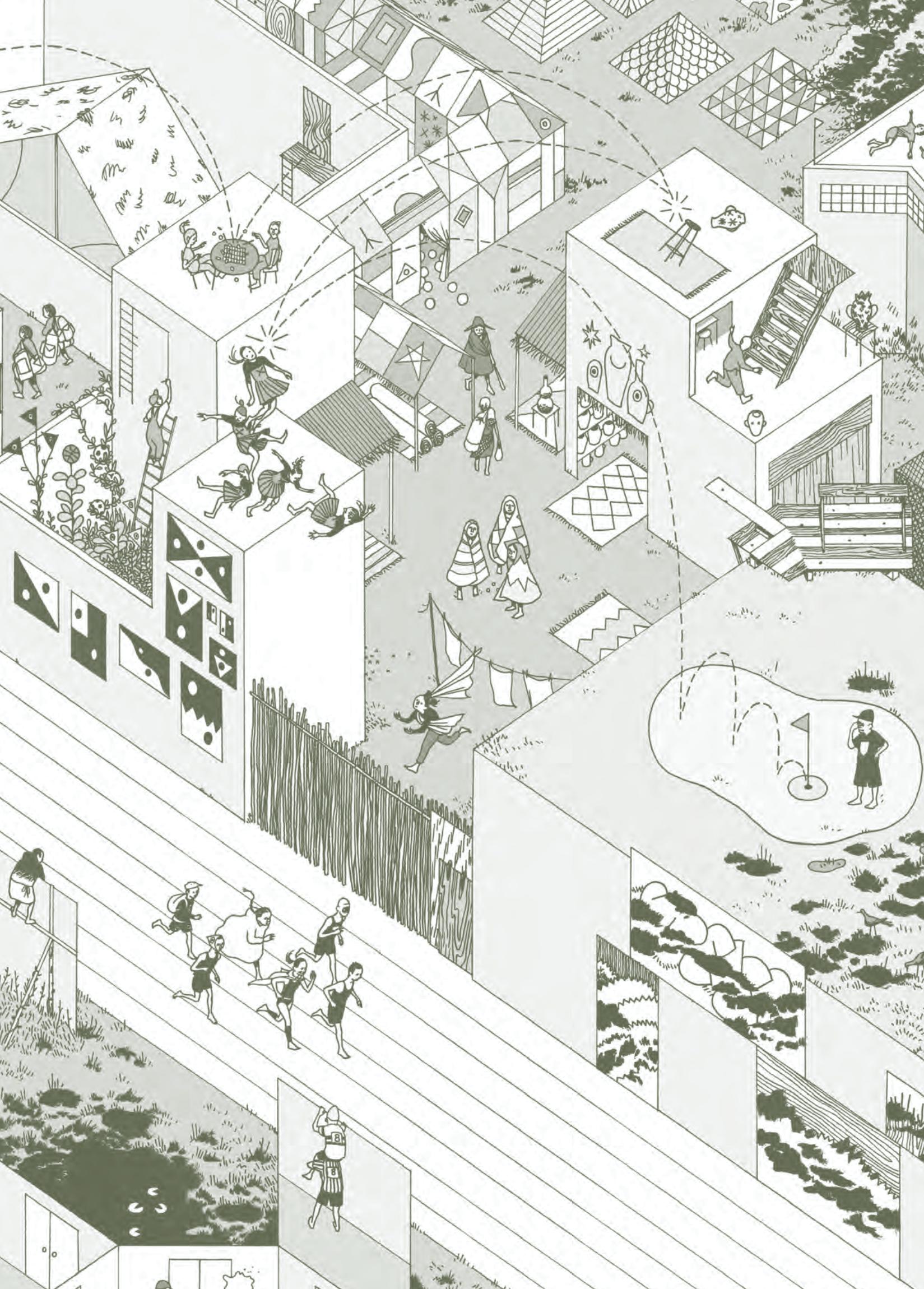 Eight-Lane Runaways is difficult to both categorise and explain, having an absurdism about an entirely self-contained consistent world where people enter race competitions as a form of validation, or to learn something, or to generally improve themselves. Henry McCausland introduces eight characters at the start, and we learn snippets of information as they run, along the way participating in diversionary games, and occasionally having to call a halt in order to work.

McCausland is playing with the possibilities of comic narrative, and while that may seem formal and possibly dry, Eight-Lane Runaways is anything but. A long string of anecdotes or jokes replace the traditional plot. They’re brief in making their point and McCausland alternates the purpose. Some are just jokes, others thought-provoking, as is the bigger picture, which seems to be a satire of the working life in which people are so busy striving for position that life in general passes them by, while they have to adapt to changing circumstances. He also comments obliquely on people’s foibles. Khokalakola trusts the changing symbols on her coat explicitly, interpreting them and following them.

When it comes to the surreal and whimsical in comics the gold standard is Little Nemo in Slumberland, which seems to be an influence. There the wonder is provided by the combination of art and concept, but having been shown the way McCausland applies an astonishing conceptual density, yet artistically the clarity of Tintin is the greater touchstone. The surreal happenings are given a joyful sheen by deliberately flat, detail-packed art, some pages having a visual concentration comparable to Where’s Wally/Waldo? The runners passing the bizarre fairground activities on the sample art typifies multiple such pages with McCausland imaginatively conceiving background tasks on many occasions.

Interesting ideas keep coming, but a great narrative strength is McCausland’s awareness of when to move on, the background presence of a race inducing a discipline ensuring the jokes don’t overstay their welcome. It makes Eight-Lane Runaways a graphic novel that’s easy to put down and pick up again. Indeed, it’s possibly best read that way as otherwise McCauslands’s ideas will swamp rather than provoke thought and amuse.

Joyful and triumphant, this repository of constant distraction is an oversized delight. 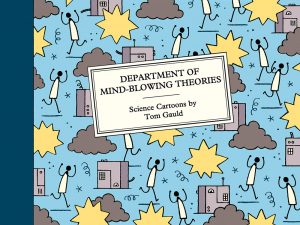