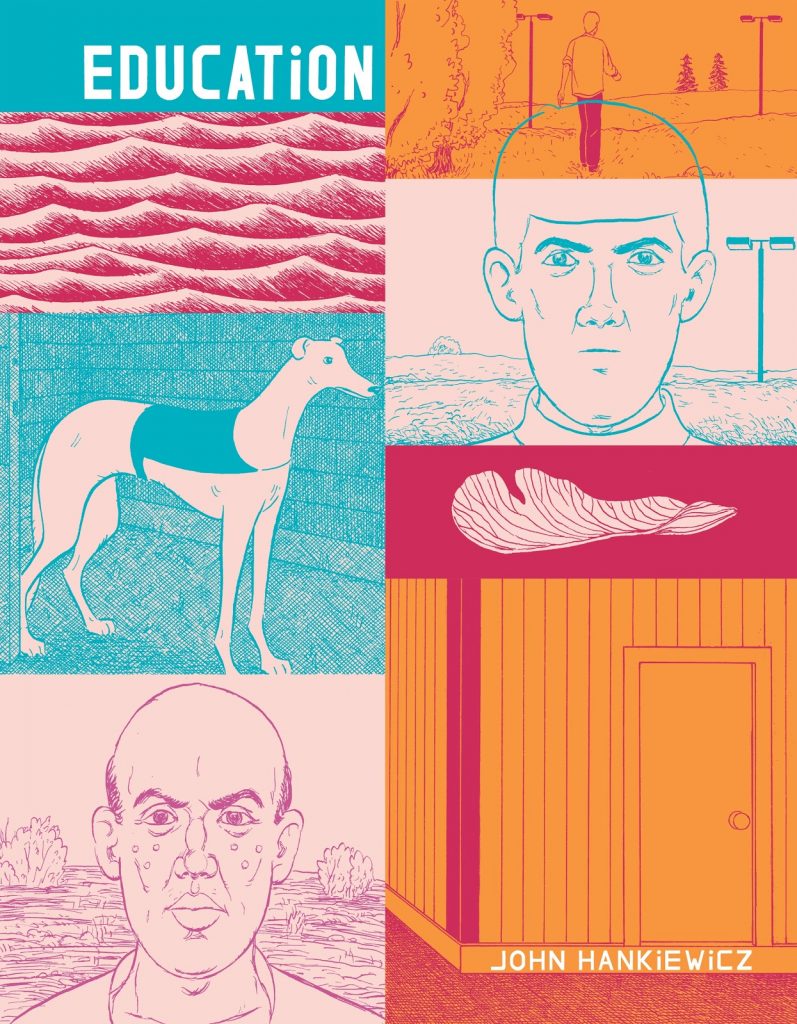 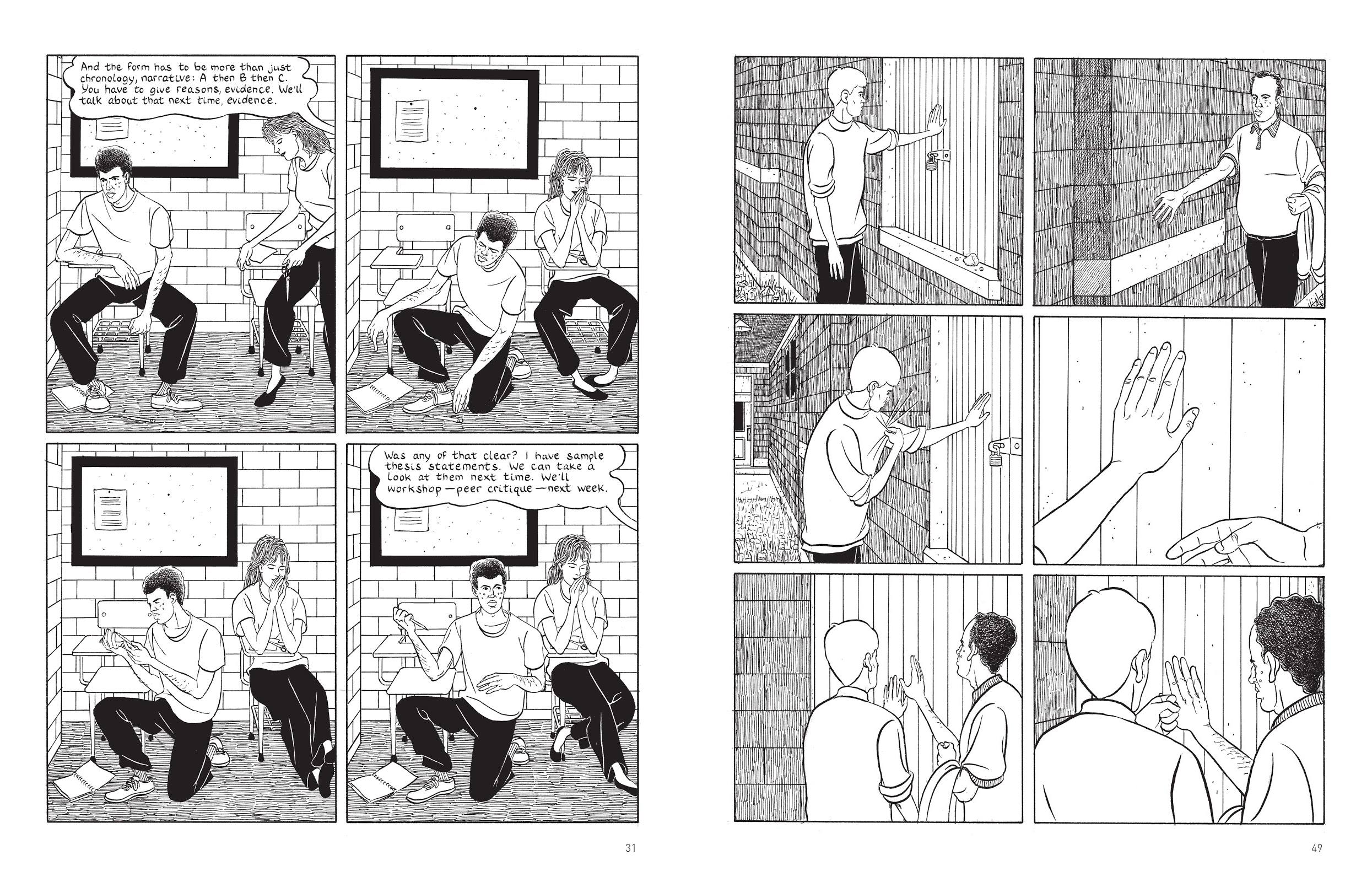 While at first seeming open and straightforward, Education becomes anything but as John Hankiewicz undermines preconceptions. This begins with the first person narration, a form we’re instinctively inclined to trust, yet a narrator isn’t inherently trustworthy, and that proves to be the case here. It makes it difficult to provide a flavour of Education without detailing the spoiler territory deceptions. At its simplest it’s a bonding road trip featuring a father and son, their shared interests being railways and associated machinery and paraphernalia. They consider the past, some memories discussed openly, others left inside their heads, but how reliable are these memories?

As Education continues the connection between text and image becomes increasingly fragmented, nonsensical in some places. The left hand sample art, for instance, can be assumed to be a representation of the emotional response the male is having to what he’s hearing from a female teacher. The intellectual content evades, frustrates and enrages him as much as she attracts him, but that’s not the case. Or possibly not the case as Hankiewicz knows more than most creators the answers lie in interpretation, not whatever the artist may have intended. The woman becomes conflated with a woman from Canada with whom our narrator has been corresponding, yet who has annoyed him by including multiple small, sticky stars that become scattered around his apartment when he opens the envelope. Events from the present day road trip are accompanied by text recalling the past, the right hand sample page illustrating the recurring theme of son wanting to bond more emotionally with father, yet unsure of how to connect. Visual metaphors highlight the gulf between them.

Deception is the paramount theme, which extends to the art. Hankiewicz uses a densely crosshatched, but reader friendly style to sucker us into believing this is a simple narrative. It’s not. By the end you’ll be looking for meaning in the most ordinary of situations, taking nothing at face value, driven wild by wondering about the possible symbolism of Bald Knob. How much is ‘true’ and how much is the unreliable narrator’s wish-fulfilment regarding what might have been? Hankiewicz prompts speculation by reinterpreting scenes himself, crossing between past and present, between what is and what may have been, and placing recurring objects in different scenes.

Education is yearning and deeply emotional in the most distanced way possible, yet still more experimental than engaging other than as an intellectual puzzle. It’s clever, but ultimately how much time do you have to figure out what Hankiewicz may or may not be telling you? That comes with the caveat that anyone who values formal experimentation in their comics will rate Education more highly. 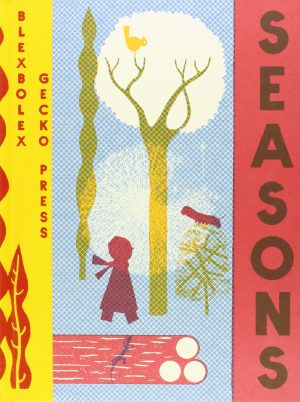