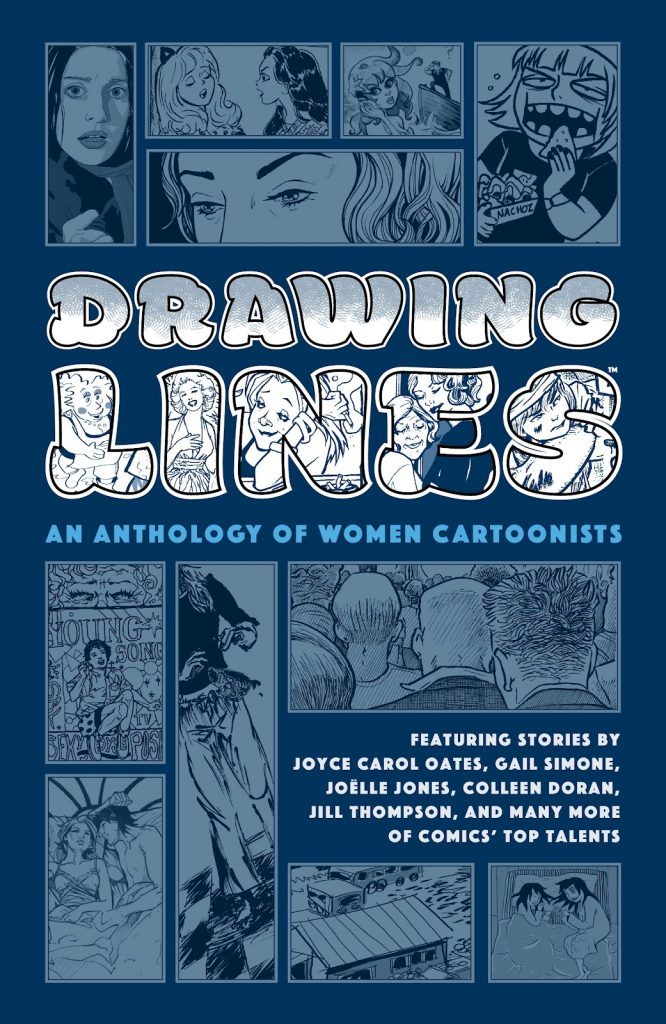 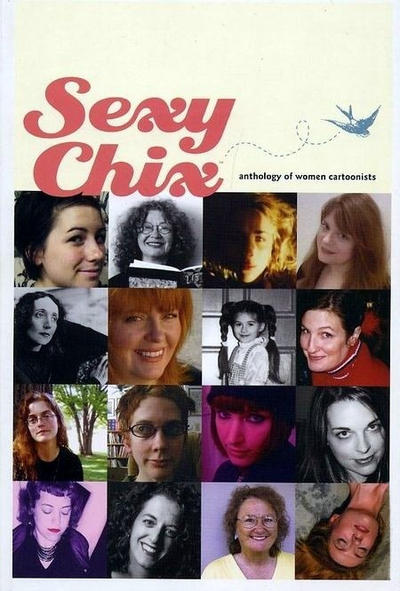 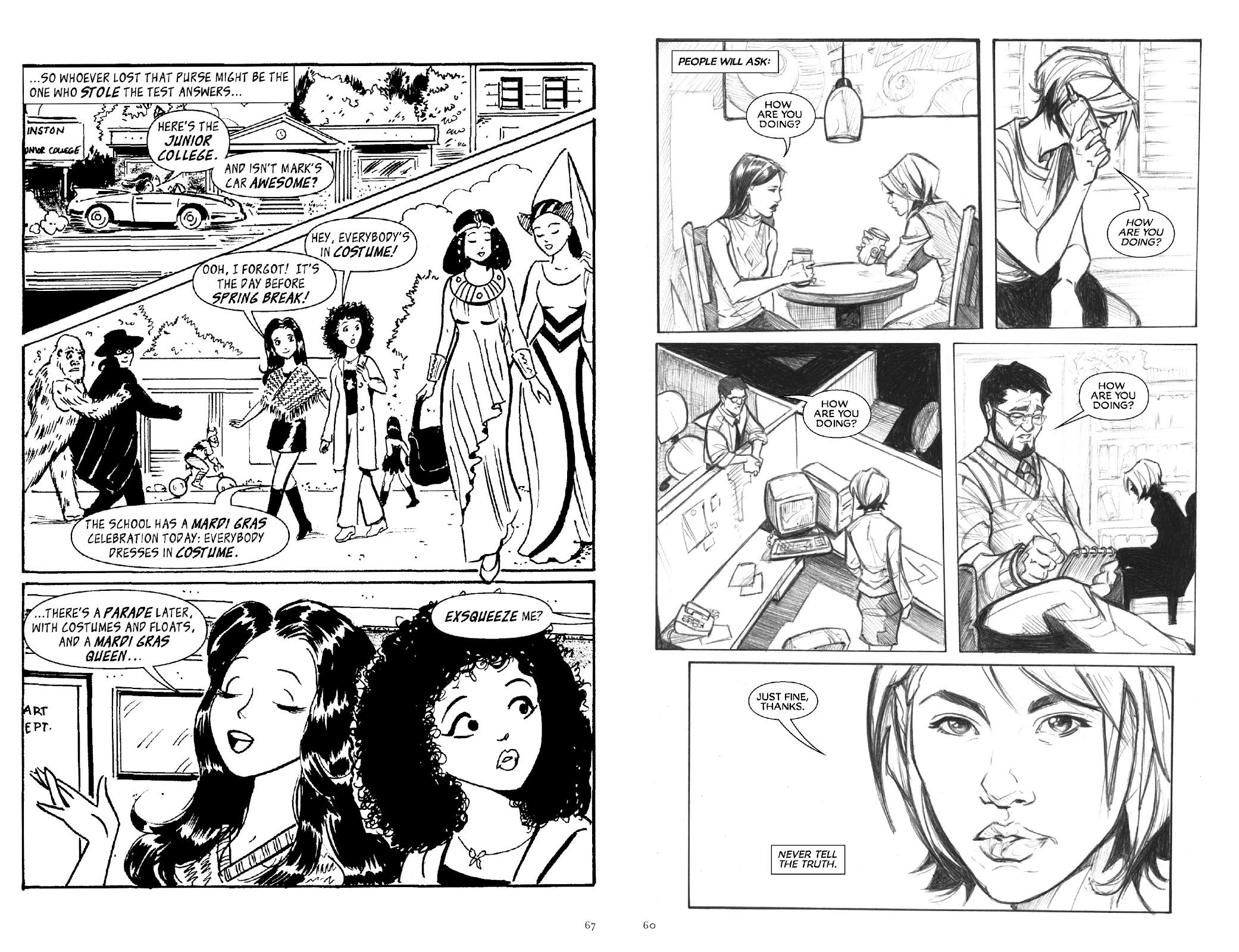 It’s puzzling that in 2021 an anthology of comics work by women would somehow be thematically justified until learning the content was published in 2006 as Sexy Chix in a smaller, almost pocket-sized format. Although the original title was satirical, it’s easily misinterpreted, so the title change is a good idea, and besides being credited to women there’s really very little connecting these short stories, the longest of which runs to a dozen pages.

Styles and themes switch rapidly, providing a chocolate box assortment where everyone’s idea of the hazelnut praline will differ. Many are frankly bonkers. Carla Speed McNeill has a doctor roughly triaging her way through the line of people queueing for a faith healer; Colleen Doran recalls a mentor obsessed with a narrow selection of Japanese culture; Colleen Coover juxtaposes tragedy with a recitation about the Boogeyman and Lee Marrs’ fantasy couples an eccentric rescue worker and a quick shag. Equally whimsical, but much funnier, is Jill Thompson’s manic take on a bizarre love triangle.

Trina Robbins and Anne Timmons (sample left) provide the longest story, tying into their all-ages GoGirl series, but spotlighting GoGirl’s assistant Haseena Ross. She’s called in to investigate the case of a friend’s brother accused of attempting to steal exam papers. Violet Kitchen seems to be around the age Robbins and Timmons are pitching at, but exceptionally talented for it, supplying two one-pagers, one a joke strip, the other autobiographical. It’s hoped Madison Clell’s contribution isn’t autobiographical, as it’s by far the darkest here, a tormented depiction of kids whose faces appear on milk cartons. By comparison the other sample page from Joëlle Jones illustrating Sarah Grace McCandless’ thoughts on relationship break-ups is positively comedic.

What’s not apparent in 2021 is that when originally published editor Diana Schutz mixed new names with established creators, and chose well as almost all the names are now known. This among the earliest work from Jones, making the quality of her sample art all the more impressive. The one difference between this and Sexy Chix is this lacking a six page strip from Megan Kinder, who doesn’t appear to draw comics any more.

Joyce Carol Oates and Laurenn McCubbin combine for the final strip about how grim abortion could be, all the more frightening re-read after the US Supreme Court allowed individual states to outlaw abortions once again, so guaranteeing the return of unsafe illegal clinics.

While there’s plenty to enjoy, Drawing Lines is a passing read without enough memorable content to ensure a place on the permanent shelf. As ever with targeted anthologies, though, it could be that women will appreciate the collection more than men. 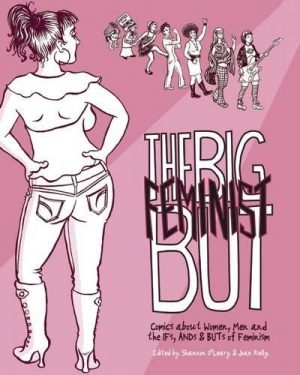