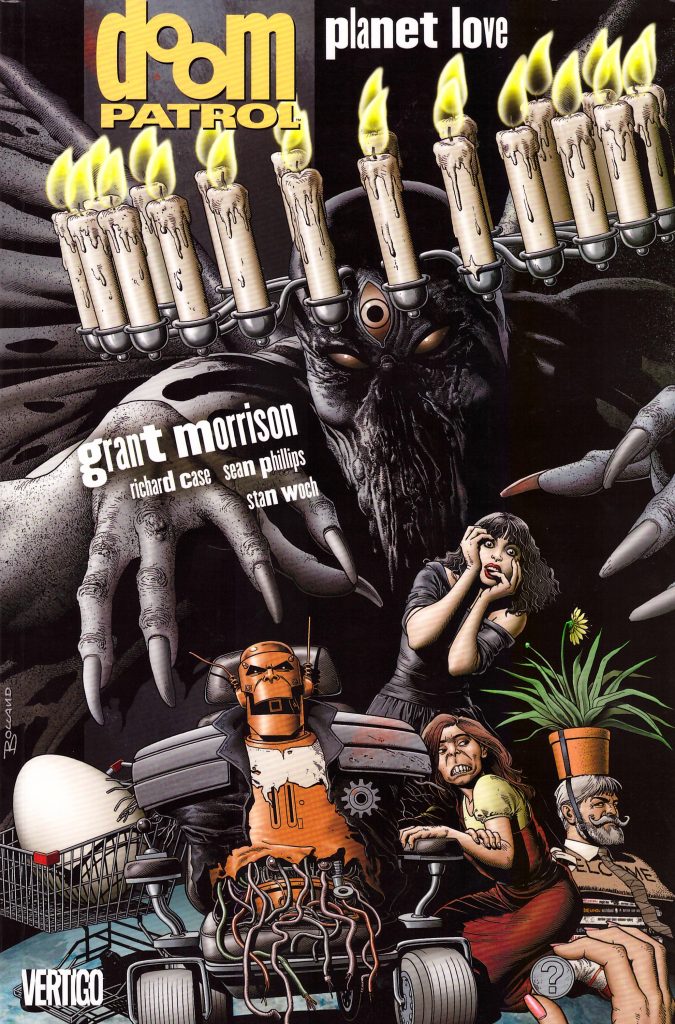 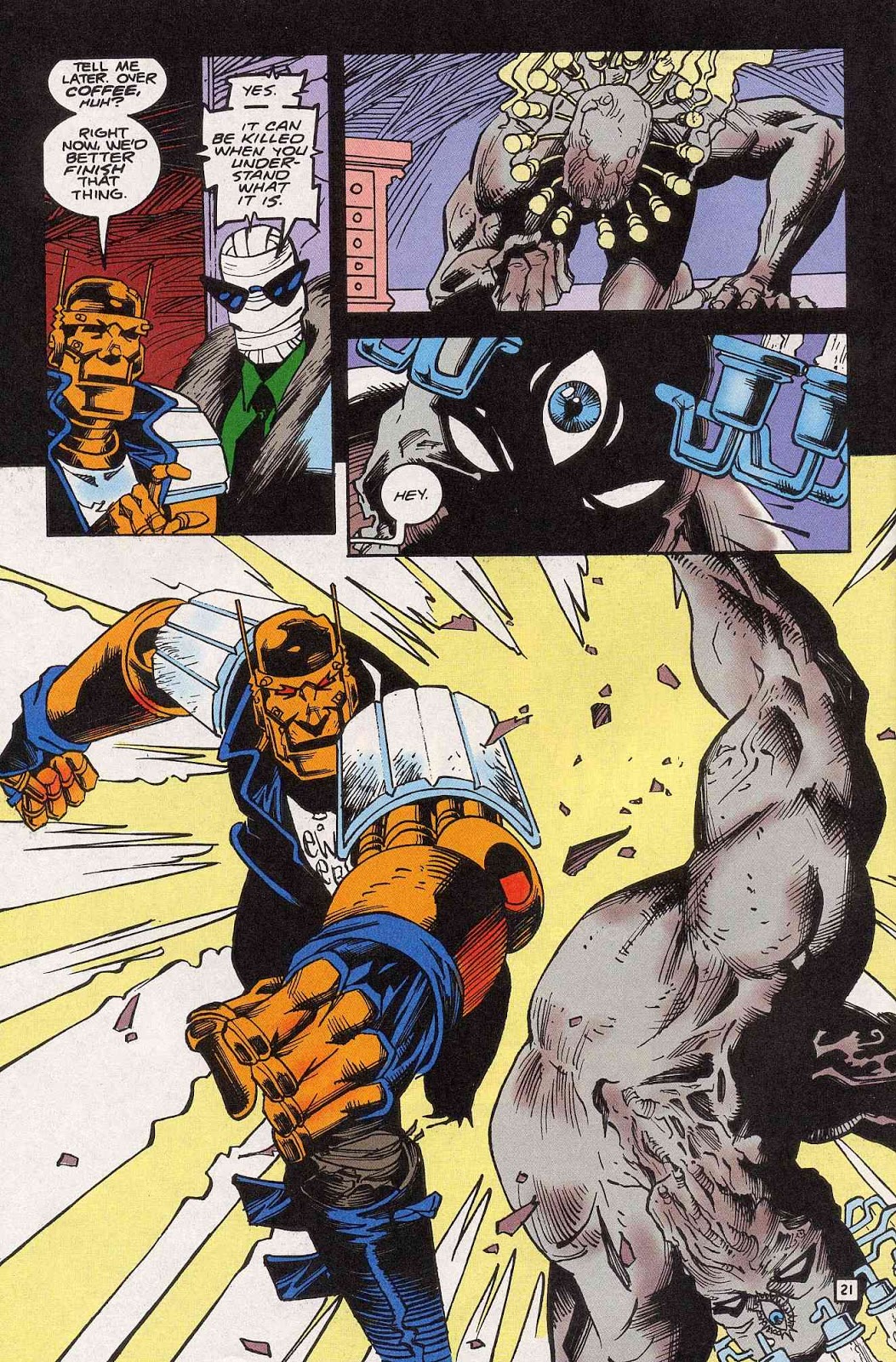 Over the course of his writing on Doom Patrol Grant Morrison hadn’t shown any inclination to follow the long used path of threat and menace defining personality in ongoing superhero titles. Pattern of life intrusions are minimal, downgraded in favour of plot. In some ways it’s an updating of the way DC titles were until the mid-1970s. That changed over the final stories in Magic Bus. By its end most of the Doom Patrol appeared dead after a series of chilling revelations as to how they’d become team members.

If they were really dead, there’d be no Planet Love, but would that necessarily be a bad thing? While Morrison includes nice touches along the way, the five chapters opening the book fall below anything he’s written for Doom Patrol. It’s as if Morrison had tired of critics who carped about Doom Patrol being too far removed from a superhero comic and conformed to their expectations. The villain is be a bat winged demon with a candelabra around its head, but structurally, the story might as well be Superman vs Doomsday or any other desperate, last ditch battle against an unbeatable foe. Very little of what there’s been to love about Morrison’s Doom Patrol is present, and Stan Woch drawing most of the story from Richard Case’s layouts cements an ordinary experience.

Morrison’s swansong is Crazy Jane’s therapy in an asylum. It’s a fairy tale combined with psychoanalytical comments about his previous work and a sentimental ending. While far from the best of Doom Patrol, it’s the best of the Doom Patrol content here by some distance, humane and thoughtful with a few jokes along the way.

A parody concludes this collection, ‘Doom Force’ hammering home the inadequacies of the artists writing their own comics for their own just founded Image imprint in 1992, with Rob Liefeld the primary target. Without this background history it’ll be a puzzling piece with deliberately bad art, misproportioned characters, non-sequitor gibberish in the narrative captions and superheroes who’re either bickering and self-pitying or self-aggrandising. Artists Steve Pugh, Ian Montgomery, Paris Cullins, Duke Mighten and Ken Steacy enjoy the opportunity to draw poorly and be paid for it, and small moments, like the price sticker slapped on the first atrociously drawn spread are still funny. Overall, however, the joke wears thin long before the end, and divorced from Liefeld’s firework career, time has dulled much of the humour.

Ambitious, inspirational and thought-provoking, Morrison’s Doom Patrol hits the spot for most of the run, but this is the run t of the litter, the contractual obligation collection. It’s available along with the remainder of the series as the Doom Patrol Omnibus or in Doom Patrol Book Three.