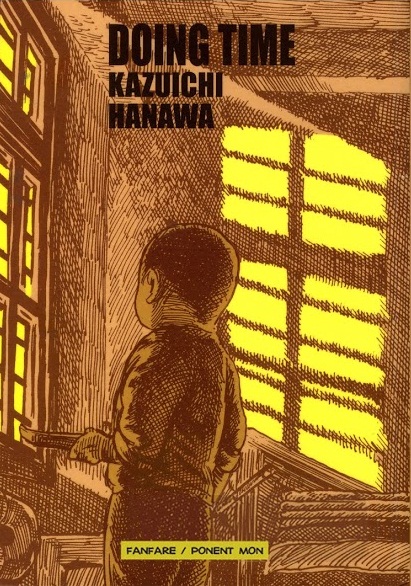 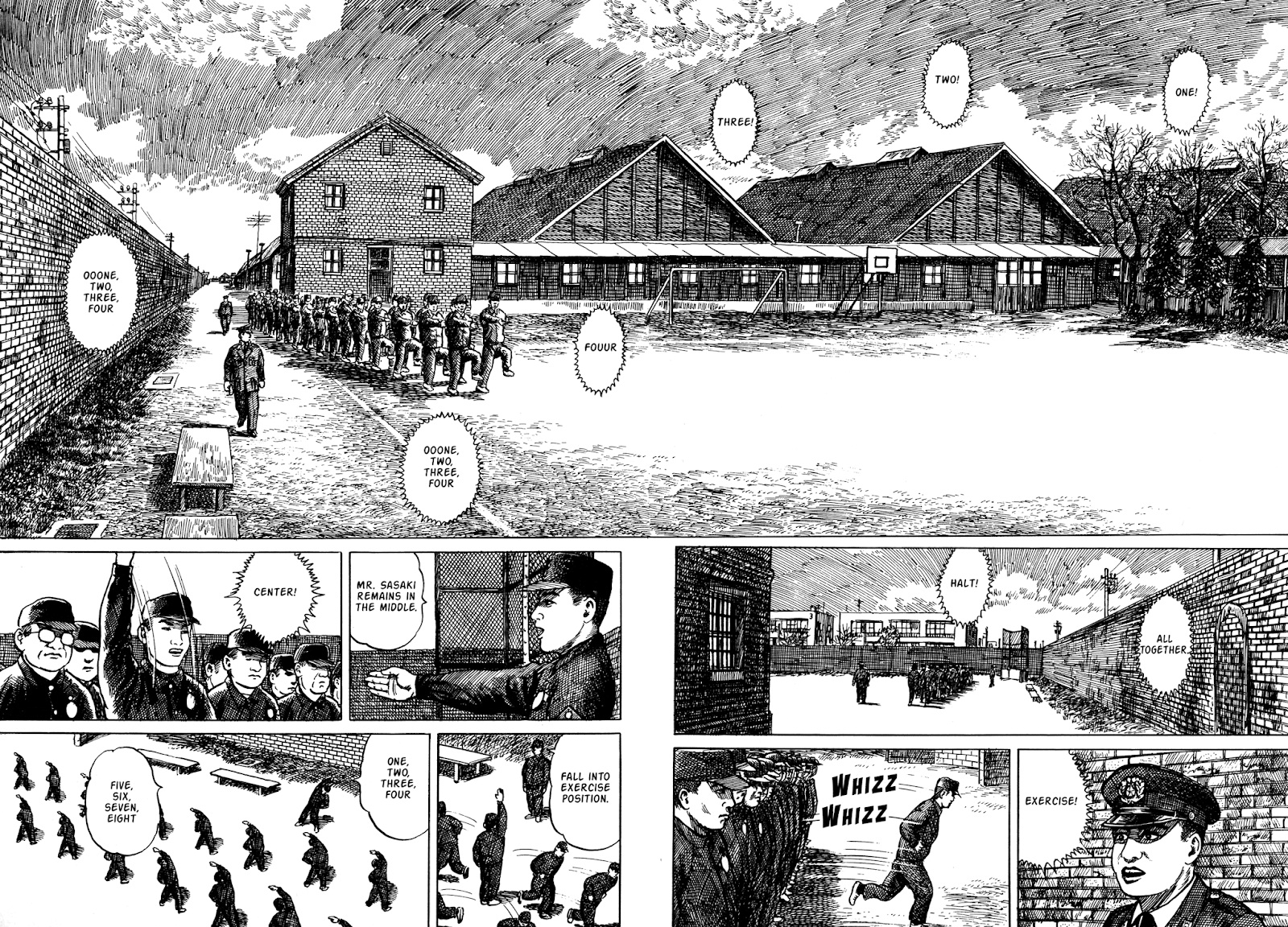 Kazuichi Hanawa had laboured in relative anonymity as far as manga artists are concerned, but had nonetheless sustained a career spanning over twenty years by the time he was arrested in 1994. At the age of 47 he was sentenced to three years in jail for possessing illegally modified model weapons. Doing Time compiles his observations of life in a Japanese prison.

For anyone used to Western prison dramas, or who’s had experience of a British jail, the first things that will strike home is just how sedate prison life is in Japan. While the tedium, petty regulation, regimentation and lack of privacy will be familiar, even prisoners in solitary confinement have compact and comfortable accommodation. Perhaps the confined are more effectively segregated in Japan, but there are no threats from other prisoners, just irritating behaviour. Potential weapons such as needles, chisels and nail clippers are routinely dispensed, although collected again, which is an indication of how tightly discipline is maintained. This isn’t just because Hanawa is placed among low risk offenders either. People he talks with have committed murder and other violent crimes. To the English language reader this automatic acceptance of discipline will be puzzling, as Western thinking would have it that no hope will create a violent environment.

Hanawa’s art is a refined version of the heavily shaded 1970s underground style so influenced by the artists of funny newspaper strips in the 1930s. It’s unusual to see the approach in a Japanese graphic novel, but Hanawa avoids shorthand techniques commonly used for commercial comics, and there are some gorgeously drawn pieces, one a lovely ornate half page of grass and plant life on the ground in front of him. The sample art is representative of the frequent panoramic spreads, almost obsessively detailed as if Hanawa is preserving his own memory as well as informing readers.

Maybe the weight of expectation plays a part, because while Doing Time is an insight into a life few readers will experience, it never really captivates because there is no threat or suspense. Hanawa goes about his daily tasks, occasionally discovering the crimes of other inmates, and obsessing over the food, which is depicted again and again, understandably prompting anticipation given the circumstances. Yet for all the detail applied to the telling, Hanawa supplies very little about himself beyond the four page interview detailing the events resulting in his sentence. He’s a very passive observer, barely offering any insight beyond dry facts, and after a while even the strange infringements don’t compensate for page after page of food and routine. It leaves a frustrating graphic novel that informs without compelling. 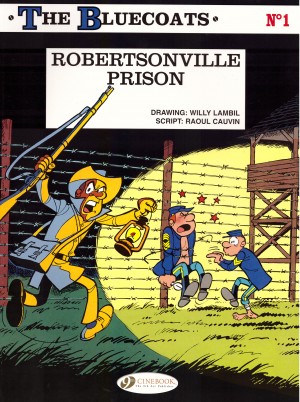 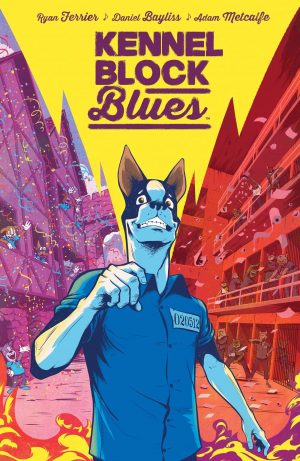