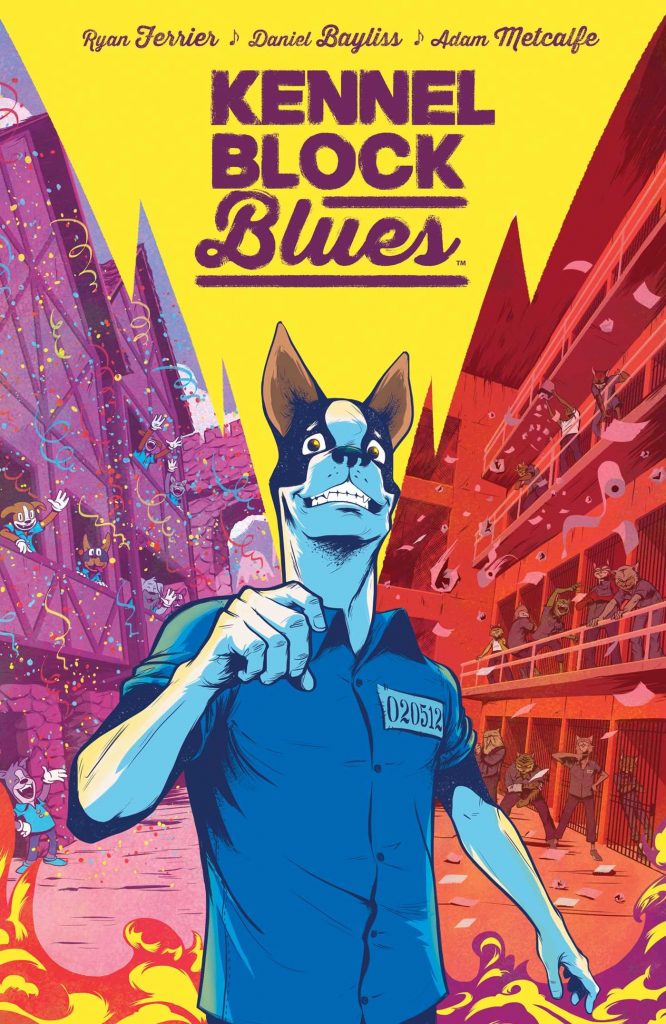 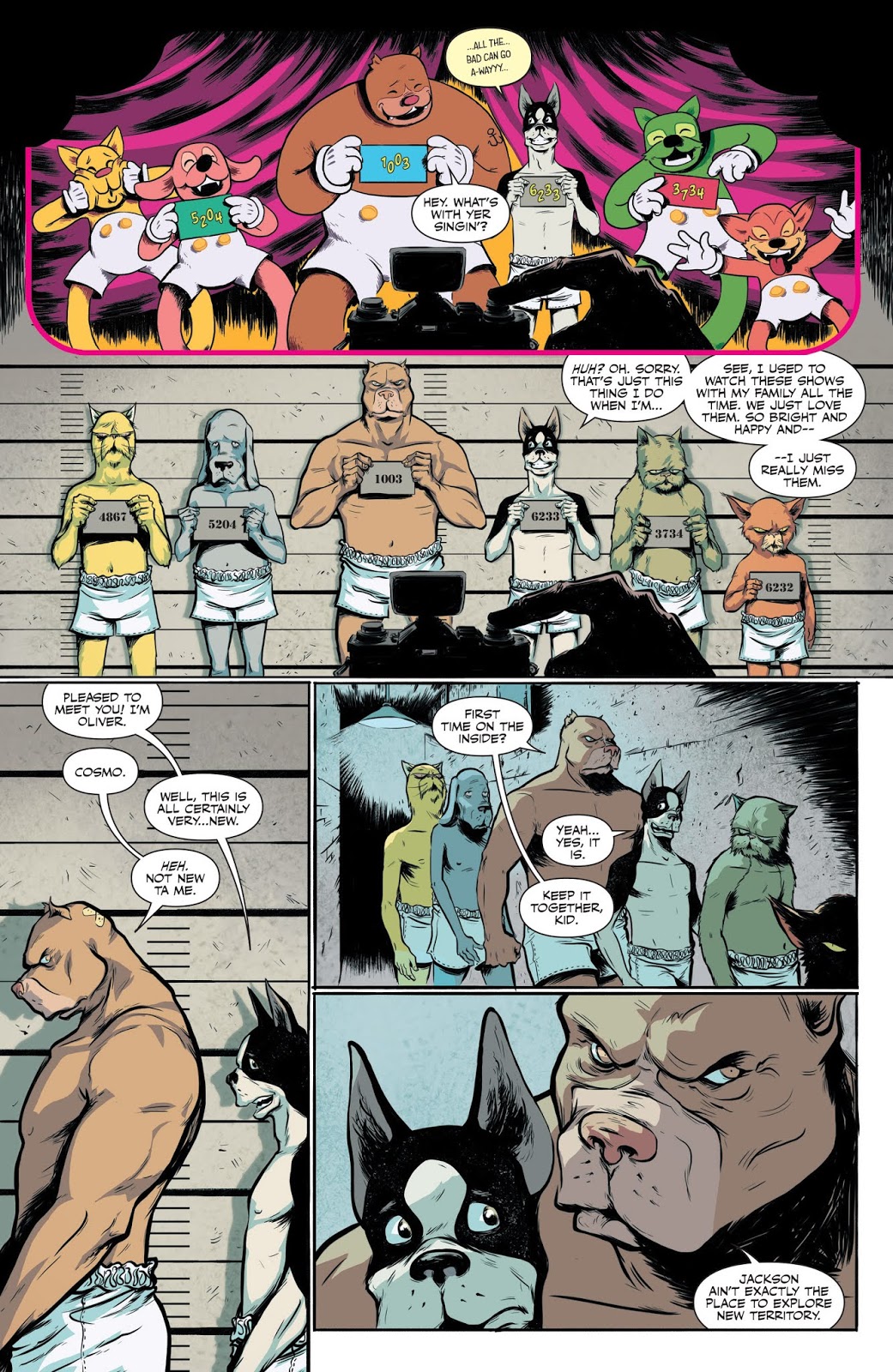 The sample page indicates the strangeness at the heart of what’s essentially a prison based adventure graphic novel. Oliver is an innocent among the felons of Jackson State Kennel, and the only way he can cope with his conditions is to hallucinate his experiences as a musical in which he’s performing. The grim and grey conditions of reality are replaced with all-singing, all-dancing colour.

Even with the broadened selection of graphic novels available in the 21st century Kennel Block Blues stands out as unique. It’s simultaneously jaw-droppingly bizarre and an engaging adventure, cleverly straddling a line that never sees it drop into the completely ridiculous. Both creators are attuned to this, Ryan Ferrier via reconfiguring scenes common to many prison movies, but especially Daniel Bayliss, whose sure touch with starkly contrasting styles of cartooning really sells the entire story. For the musical sequences he draws on the wackyness of early animation, with the bright colours of Adam Metcalfe providing the necessary vibrancy, and Bayliss is equally accomplished when it comes to presenting believable dog and cat characters walking on two legs. He varies the species considerably, supplying everyone with a personality, and his layouts are eye-catching and innovative even when not featuring Oliver’s musical sequences.

Fraser’s plot concerns the dogs having lost their former dominance in the prison, with the cats now in charge, and a clever aspect is how he transfers to a prison plot the musical tropes of characters finding their inner strength or being inspired to rediscover their talents. This is in a straight faced manner. Bayliss is superb until the end. However, for all the innovation Kennel Block Blues runs out of steam around halfway through. Fraser can no longer figure how to incorporate the musical interludes effectively, and without them the story becomes far more familiar and predictable. It makes Kennel Block Blues a curiosity to pull out of the bargain box rather than a graphic novel to search out at all costs. 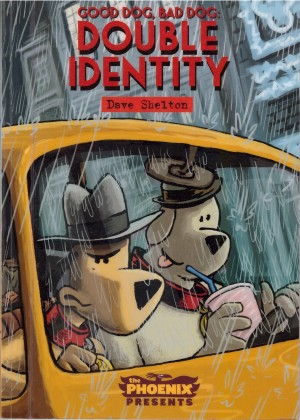