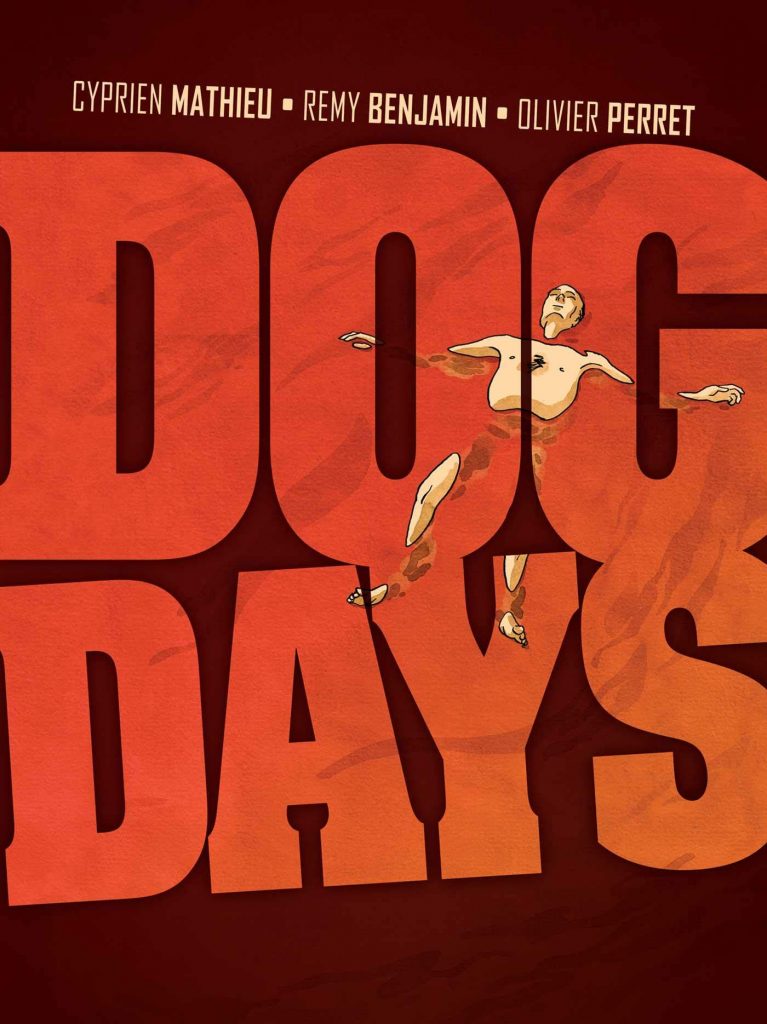 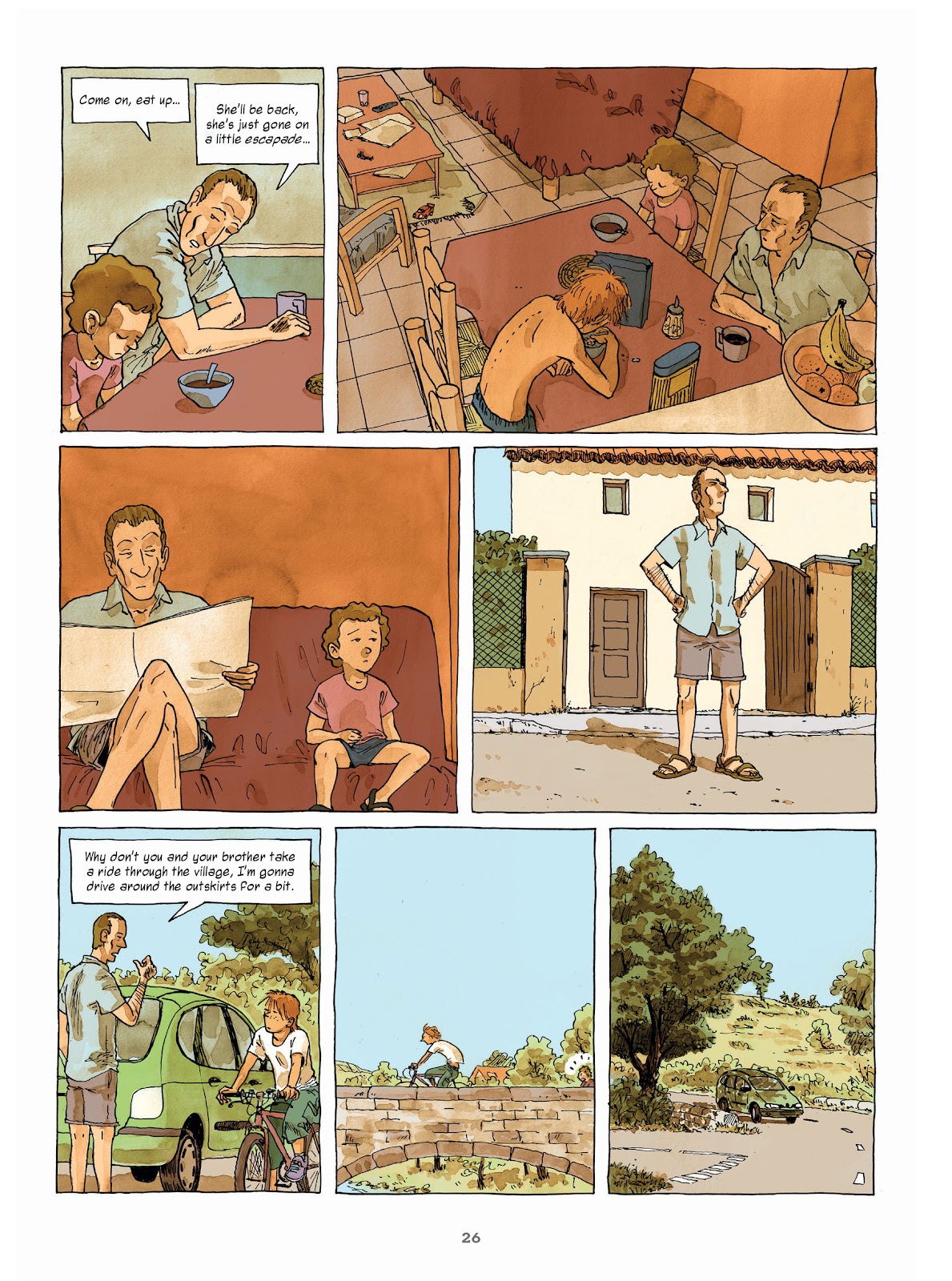 Why is it that English language comics are still light years away from producing the type of accomplished drama supplied by Dog Days? There are some examples, but not many, and quality is sometimes an issue, yet in Europe such graphic novel dramas are commonplace. Writers Cyprien Mathieu and Remy Benjamin (credited in that order) and artist Olivier Perret deliver a story about a summer vacation that takes a grim turn.

So much of what resonates is down to Perret’s talent. His illustrations are fulsome and charming, but the real under-appreciated skill is in showing atmosphere and tension. Francois is a simmering man. He’s taken his two sons away to the resort where he spent his childhood holidays, but France is experiencing a summer heatwave, the traffic is appalling, the sulky older son torments the younger son and their dog keeps disappearing. Adding to the frustration is that Clara has too much work and keeps delaying when she’ll join them. Perret delivers all this via scowls, sulks, queues of traffic and crowded beaches, and when we come to learn more about Francois and Clara’s relationship his subtlety pays dividends again.

Of course, Perret needs a viable plot to exploit, and the writers supply that. Their only misjudgement is beginning at the end of the story in a hospital, and then telling the remainder in flashback. It’s not sensationalism, but instead of generating tension as intended, it actually has the reverse effect as we’re perhaps not paying enough attention to the nuanced rolling out of family tensions as we anticipate reaching what we’ve already glimpsed. Hermione the dog disappears shortly after the family arrive in Ramiolles, and it ties into a rash of dog disappearances in the area. The opening pages have already revealed the truth of that, but it’s not the real issue. As a subtext Mathieu and Benjamin explore what a dog means to people, and how it can hold a family together, but the real issue is Francois and Clara’s disintegrating relationship, which is picked apart from Francois’ viewpoint. Like many people who’ve been married for a number of years, he’s no longer exactly sure what he wants from life, but never has the time to himself to consider it.

Dog Days is a refreshing and engaging portrait of a muted middle-life crisis, and apart from the minor misjudgement of the flashback storytelling, the only flaw is that it remains true to life by having no real resolution. The narrative necessity is that there ought to be one after the bond formed by following Francois’s troubles over a hundred pages.