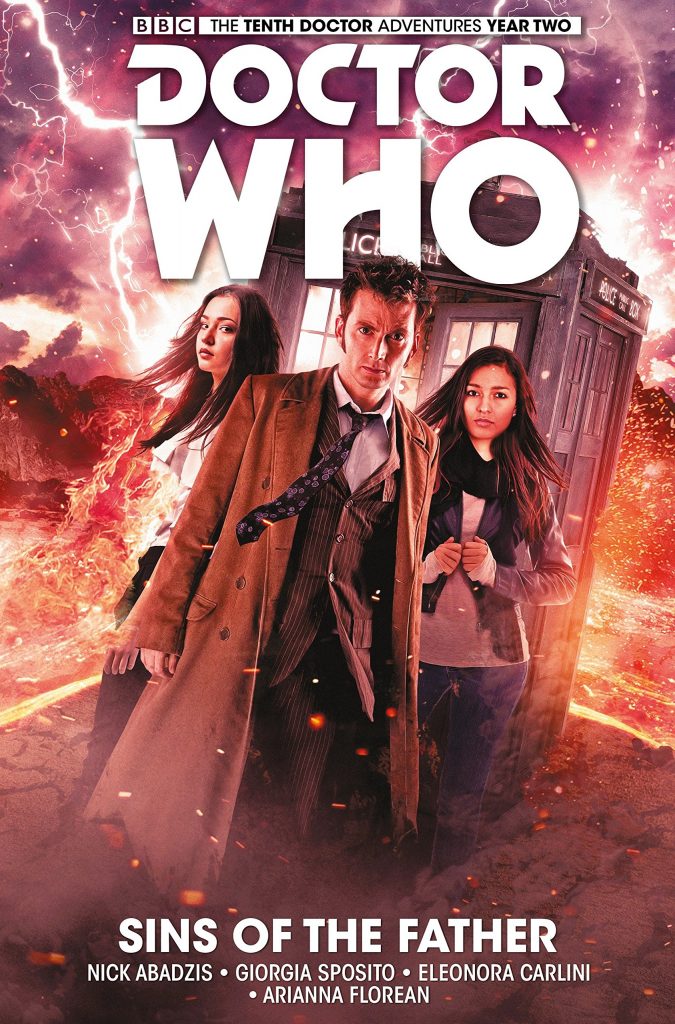 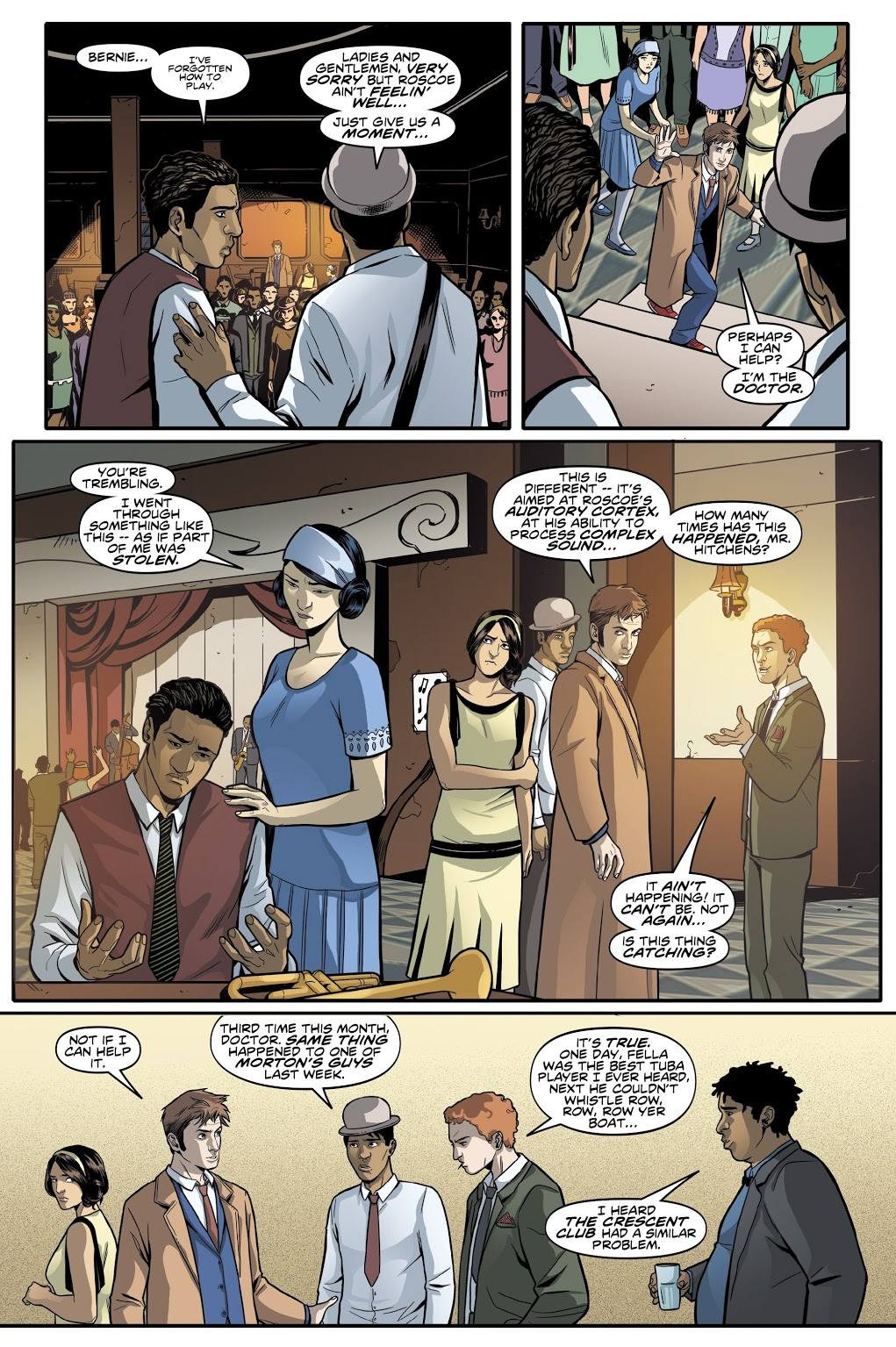 The Doctor promised Gabby and Cindy a stopover in New Orleans during the early Jazz Age, but that was delayed by an attack on the Tardis mid-flight, something the Doctor hadn’t thought possible. He’s been a little out of sorts since the discoveries made during Arena of Fear, and even after arriving in New Orleans his mood hasn’t improved greatly.

Titan seem to have inroads to talented Italian comic artists not often seen on other English language projects, and Giorgia Sposito is yet another. Although there are times when the clubs seem either too grand, or a little underpopulated, her clean lines bring the Jazz era to life, and she’s just as good when it comes to the almost unimaginable. Add good cast likenesses, and it’s no surprise that she’ll be the artist of choice as often as possible for the remainder of this tenth Doctor run. Eleanora Carlini also contributes a sequence with the Doctor, Gabby and Cindy back in present day New York with their families. She’s once again over-exaggerating expressions, but this is otherwise tidy art.

The loss of music is a theme Abadzis has explored before, but it works equally well applied to the early jazz musicians. It’s as if he’s taken an earlier plot and scaled it down, supplying an extra side dish of tragedy. Running through the previous volumes it’s noticeable that Abadzis repeats experiences, shrinking for one, yet this is deliberate reflection always supplied with new twists. There’s also a layered complexity to the plots, few of them ever as straightforward as they may seem, exemplified as we learn what was behind a threat faced in Arena of Fear.

Sins of the Father’s title only really make sense at the end, leading us into War of the Gods, but the distance Abadzis takes us over four chapters is vast. This continues to be an intelligent extrapolation of the Doctor, thrilling, comical and surprising.

This volume is rounded off with a three chapter story featuring four pages for each of the tenth, eleventh and twelfth incarnations of the Doctor, a thread connecting the chapters eventually resolved at the San Diego Comic Convention. Andrew James’ idea is smart given the restricted space, and art from Leandro Casco, Simon Fraser and Walter Geovani is good, but this is a side dish, not the main course.