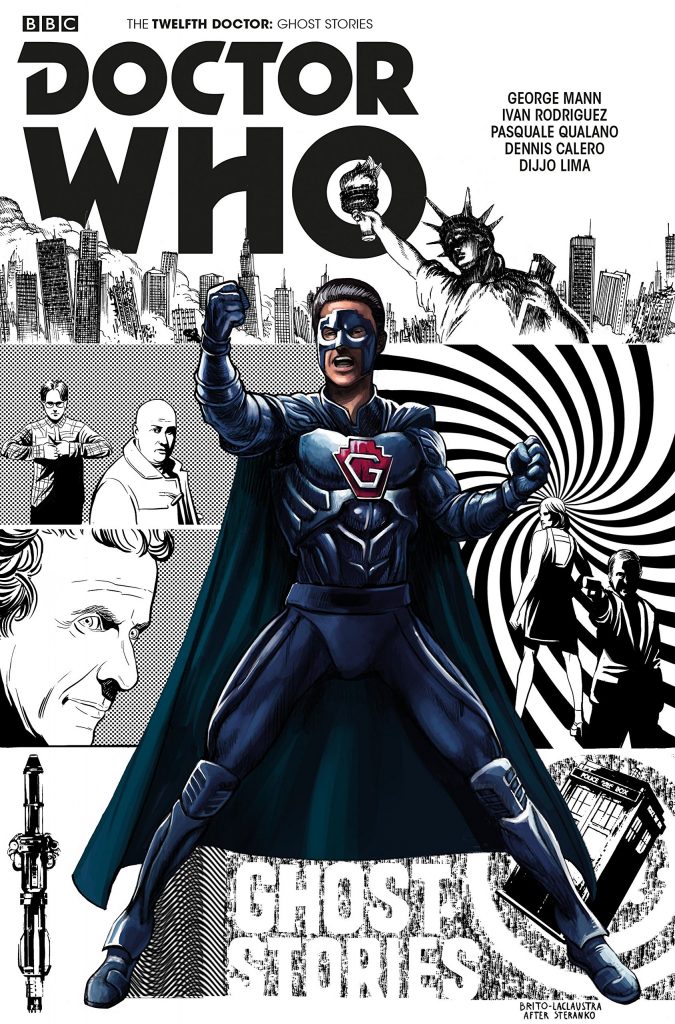 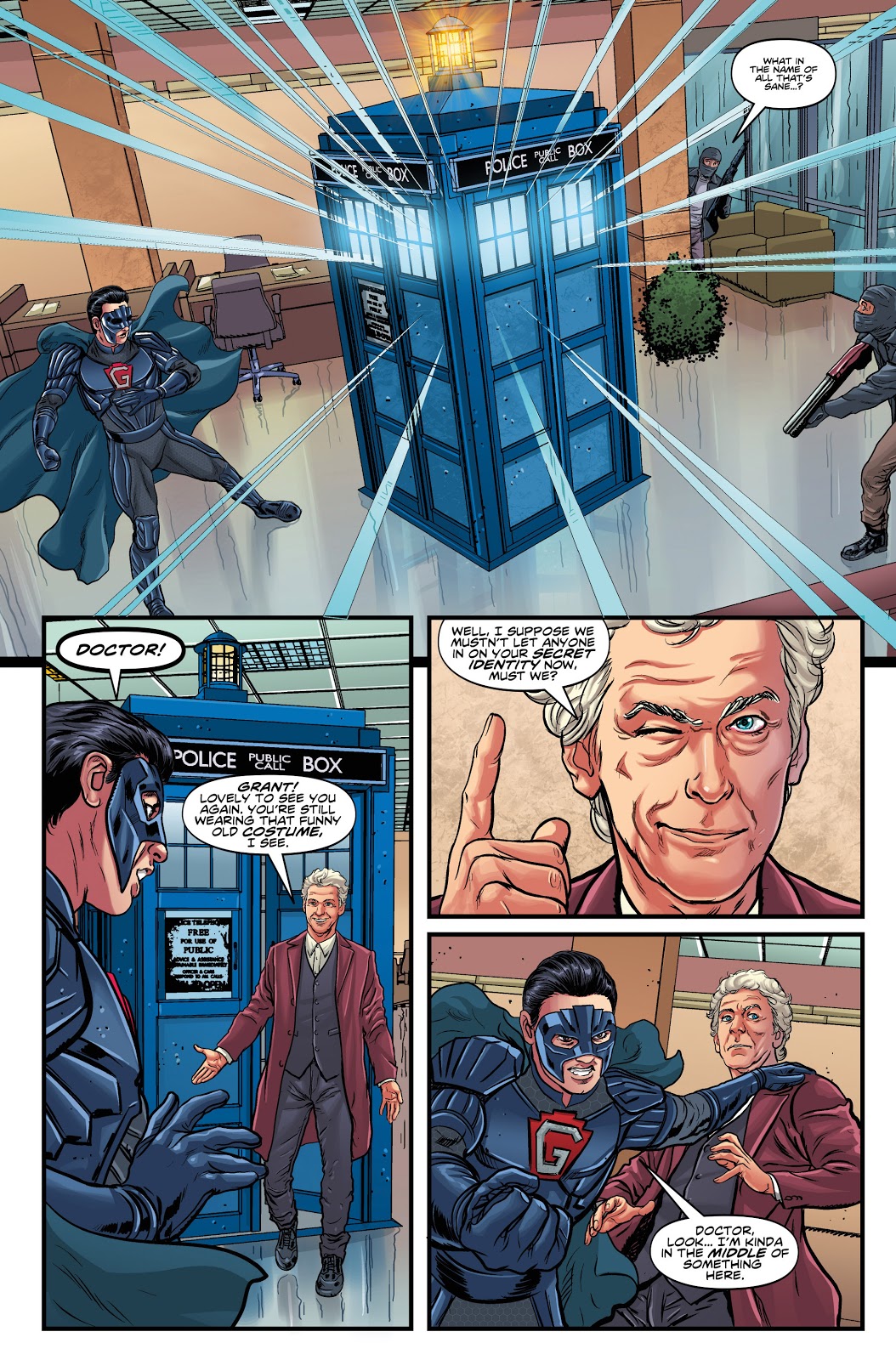 2016 was a barren year for Doctor Who on television, with only a Christmas special screening in which the Doctor met a superhero, the Ghost, although only ever referred to as Grant by the Doctor. The episode ended with Grant giving up his superhero identity and concentrating on his family. It seems, however, that the alien gem that powers Grant has counterparts on other planets, and the best person to help the Doctor deal with that would be Grant. It’s been eight years since the events of the TV show, and he’ll only help if his wife and daughter accompany him…

Seeing the Doctor meet a superhero was a departure, and George Mann ensures Ghost Stories isn’t just a re-run. The basic concept is sound as the Doctor visits three scenarios in which there is a superhero without things working out for the betterment of mankind. In doing so he integrates some plots and devices barely removed from ones regular superhero readers will recognise, reconfiguring them to meet the needs of Doctor Who’s world, although Mann’s relatively original when it comes to the villains of the piece.

Of the three artists Ivan Rodriguez (sample page) is the best value, acknowledging that when most people look around there are other items in sight, so embedding the Doctor and the supporting cast in viable environments. Dennis Calero doesn’t bother with much of that, relying on vast swathes of colour in the backgrounds and much shadow in the foreground, giving his work plenty of atmosphere, but little function, although his cast likenesses are good. Pascale Qualano is a midway point, very detailed on some pages, less so with others, but in some places his characters look to be floating rather than fixed.

The narrative voice is that of Grant’s wife Lucy, a journalist by trade, incorporating a little too much moralising on what it is to be a hero, but her being the observer and assessing the action is pivotal toward the end, as Mann’s theme works its way to a conclusion. Ghost Stories jogs along nicely without ever taking off, so unless you particularly loved Grant and Lucy you might want to investigate other twelfth Doctor material first. After this, the three Time Trials collections were issued.