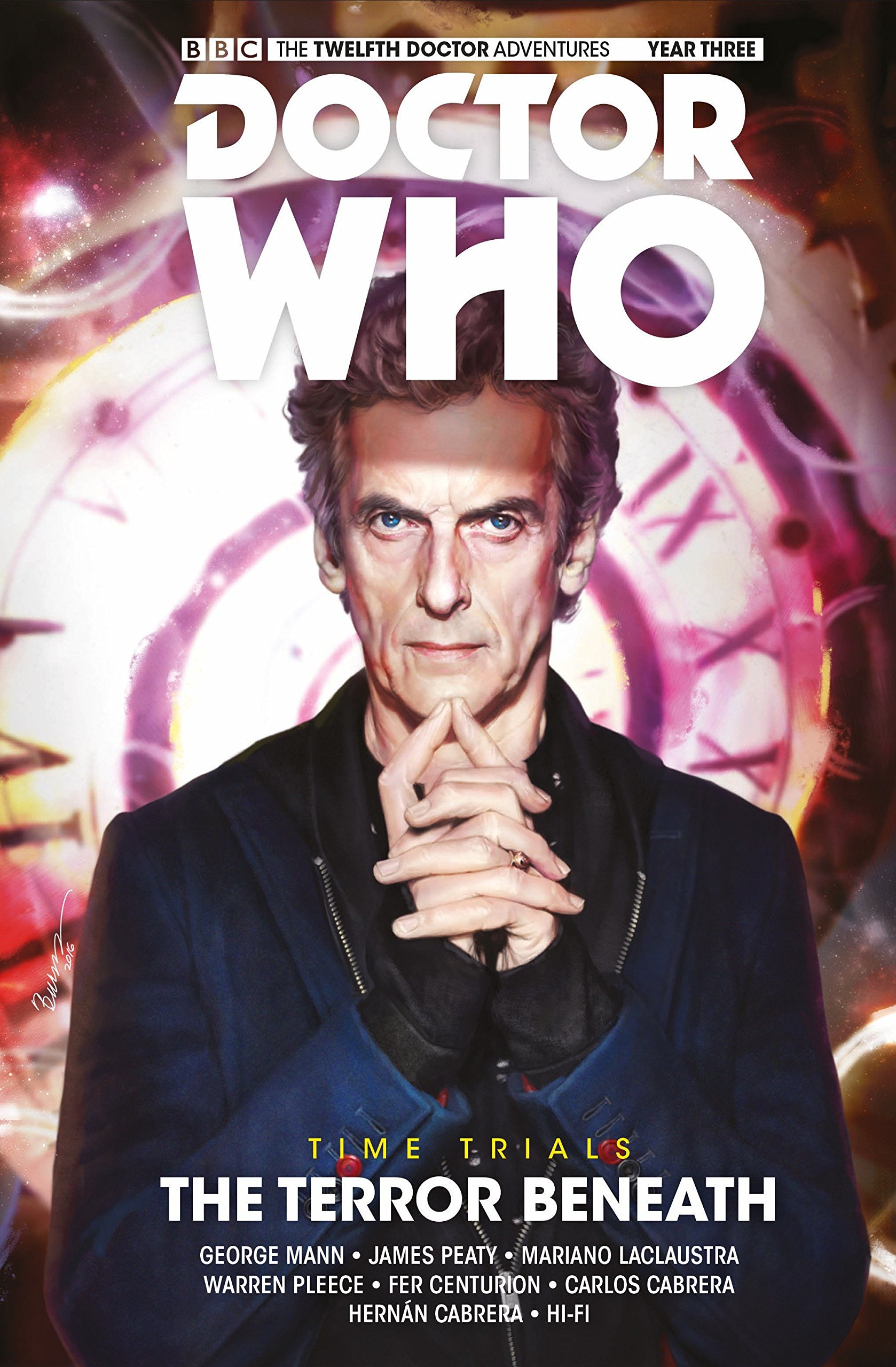 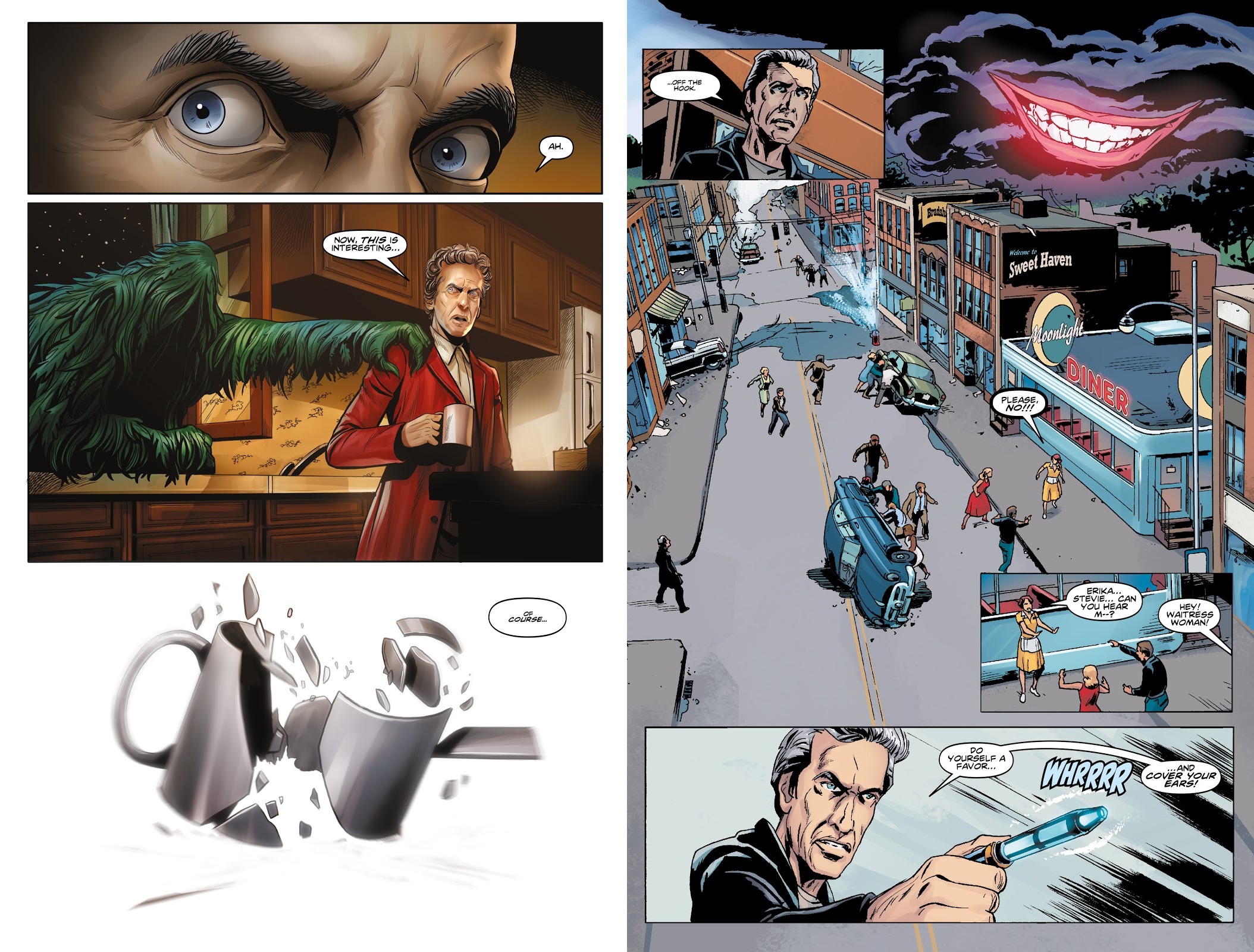 Doctor Who: Time Trials – The Terror Beneath

Time Trials is the collective title applied to the three collections of material issued covering what was technically Peter Capaldi’s third year as Doctor Who in 2017. They concern a bunch of missions that send him back in time, here to the desolation of an out of season British seaside town in the 1970s, and small town USA in the 1950s.

George Mann and Mariano Laclaustra supply ‘Beneath the Waves’ in three parts. It’s quite the joyful evocation of the type of plots the Doctors of the 1970s were involved with, featuring monsters that could be simply constructed from the Blue Peter craft book. Mann returns Hattie (from The Twist), although distressing as it may have been, inhabitants of rural Britain in the 1970s wouldn’t have been as accepting of a bald black woman with tattoos on her head. Best not to open that can of worms, though. For the most part, this is a jolly romp, but Mann’s story structure isn’t the neatest. Both here and with his earlier Doctor Who efforts time is spent wondering as to the purpose of a character beyond the requirement of the Doctor needing someone to talk with (or at). He always comes good, Hattie has a novel role in the conclusion, and the relationship Mann builds with the Doctor is subtle and interesting. It’s also where Mariano Laclaustra is at his best, supplying an emotional counterpoint to the action. Given the design of the monsters is supposed to be makeshift, the only problem with his impressive figurative art is that all too often the characters seem to be floating on the page.

James Peaty and Warren Pleece’s accompanying story is very knowing in drawing all the characters from archetypes, and providing roles for the farming couple from American Gothic is funny, but there are some considerable plot holes. Perhaps it’s been established somewhere that the Doctor’s digital glasses can teleport people, but that’s gratuitously convenient here, and requiring some prescience on the Doctor’s part. ‘The Boy With the Displaced Smile’ provides some interesting visuals, not least the displaced smile itself, but otherwise a town possessed has the feeling of familiarity, an uninspired narrative standby.

Time Trials continues with The Wolves of Winter. 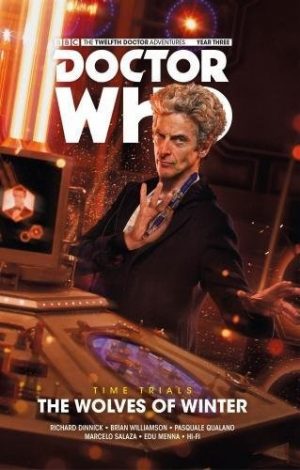 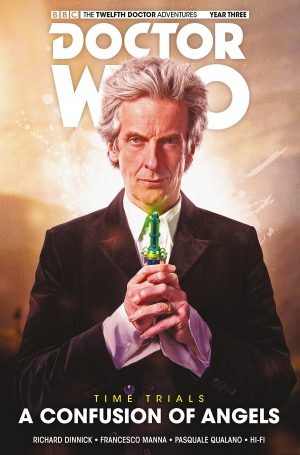 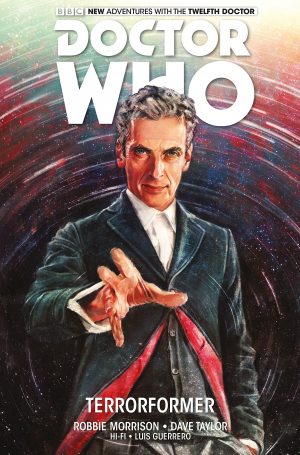 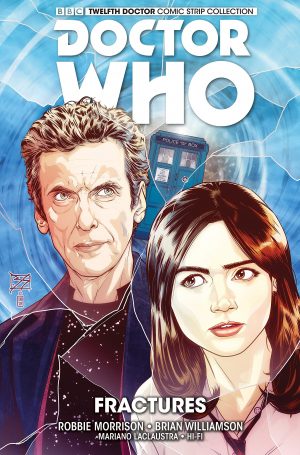