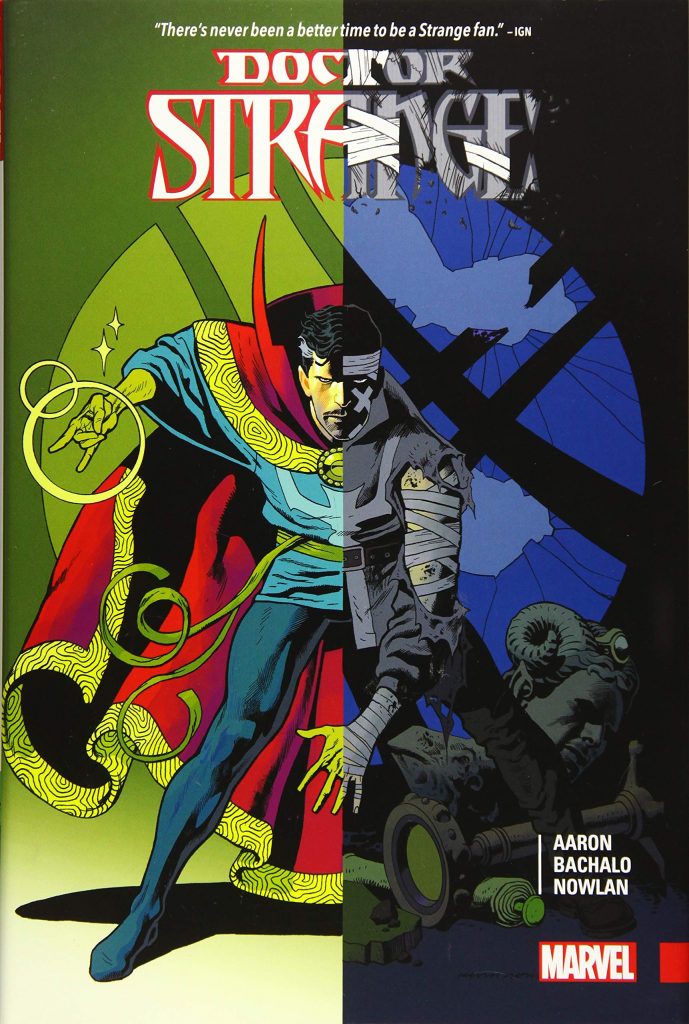 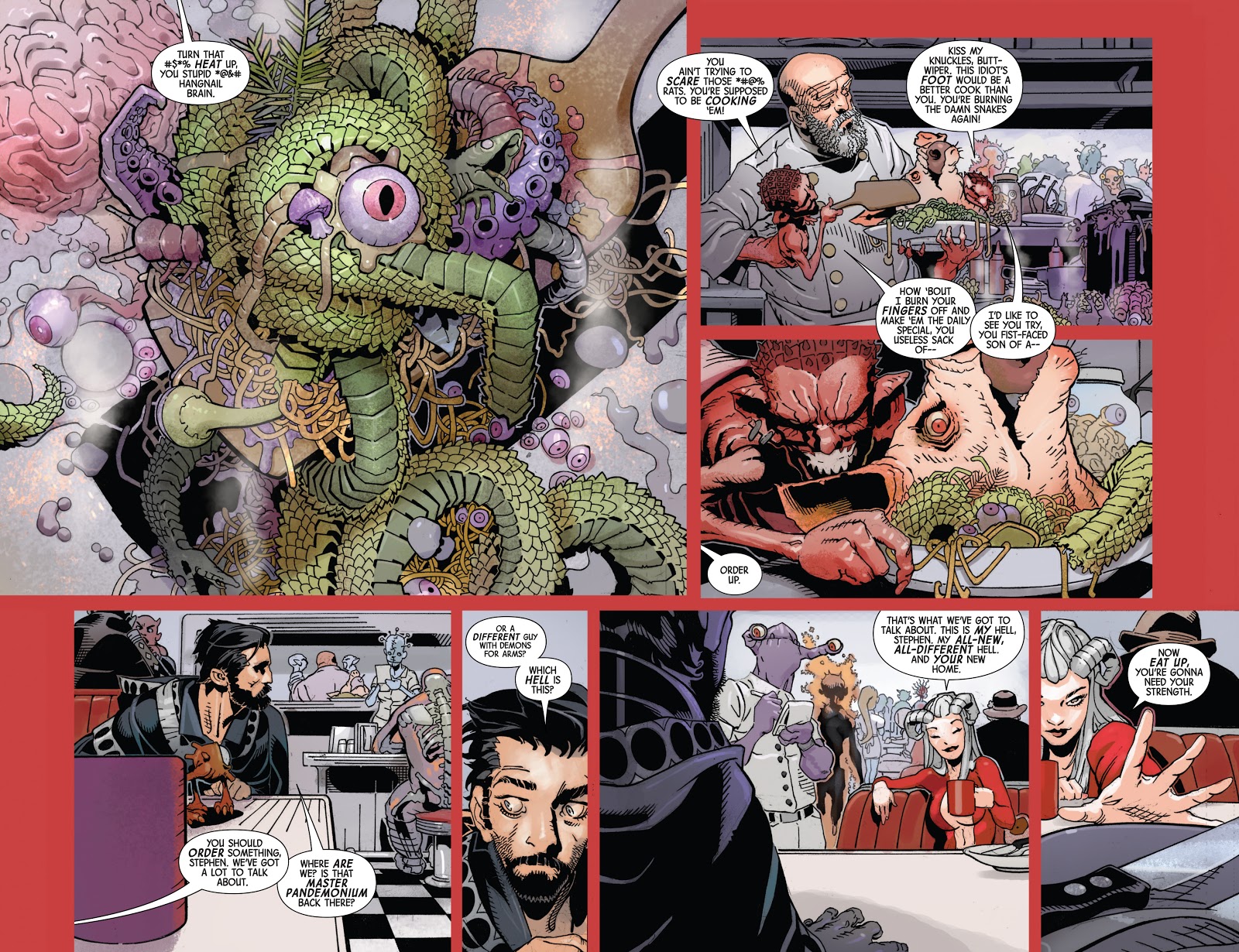 Doctor Strange’s relaunch in 2015 began spectacularly well under Jason Aaron and Chris Bachalo, and their best collaborative work is contained in volume one. Had the content collected here been issued before that it would be considered well above average Doctor Strange, which it is, but it can’t help but disappoint in comparison.

Part of that is because there’s far less of Bachalo’s art in what was previously issued as Blood in the Aether and Mr Misery, although it’s still strange that Kevin Nowlan’s work would be featured as the cover art. It’s not that the replacements are poor. In fact Frazer Irving, Nowlan and Leonardo Romero are excellent, and Cory Smith manages a surprisingly good Bachalo imitation. It’s just that Bachalo has so imprinted himself on this incarnation of Doctor Strange as artist and colourist that any deviation is unsatisfying.

Having set up the series in the first volume with the access to almost all magic removed via new threat the Empirikul, Aaron now turns his attention to Doctor Strange’s more traditional enemies, with the likes of Baron Mordo, Dormammu and Nightmare all putting in appearances. The latter is especially well redesigned by Bachalo, but there are nagging logic problems regarding why Doctor Strange is unable to draw on magic, yet his enemies don’t lack for resources. As was apparent in the first volume, Aaron also has Doctor Strange cross the boundary between supernatural and horror, with far more emphasis on the latter. It’s a viable approach that works for the most part, especially in Aaron’s final chapters when he explores who Mr Misery is, and why he is what he is. He uses Thor, whose adventures he was also writing at the time, extremely well, and in a way never seen before, which takes some doing considering Thor is one of Marvel’s oldest characters. Aaron wraps up Doctor Strange nicely without quite putting all the toys back in the box, but just when everything appears satisfactory, as they did to pad out the paperback, Marvel throw in a closing story by Kathryn Immonen. Under other circumstances her grumpy crosspatch version of Doctor Strange set in a sitcom world might be viable, but after Aaron’s considered take it’s almost a slap around the face. Perhaps once they saw it, readers wanted more, but that Immonen’s not written any Doctor Strange since suggests otherwise.

The unfortunate ending notwithstanding, the work from Aaron and Bachalo is quality, and you might consider that there’s enough of Bachalo’s superlative art to make buying this hardcover worthwhile.