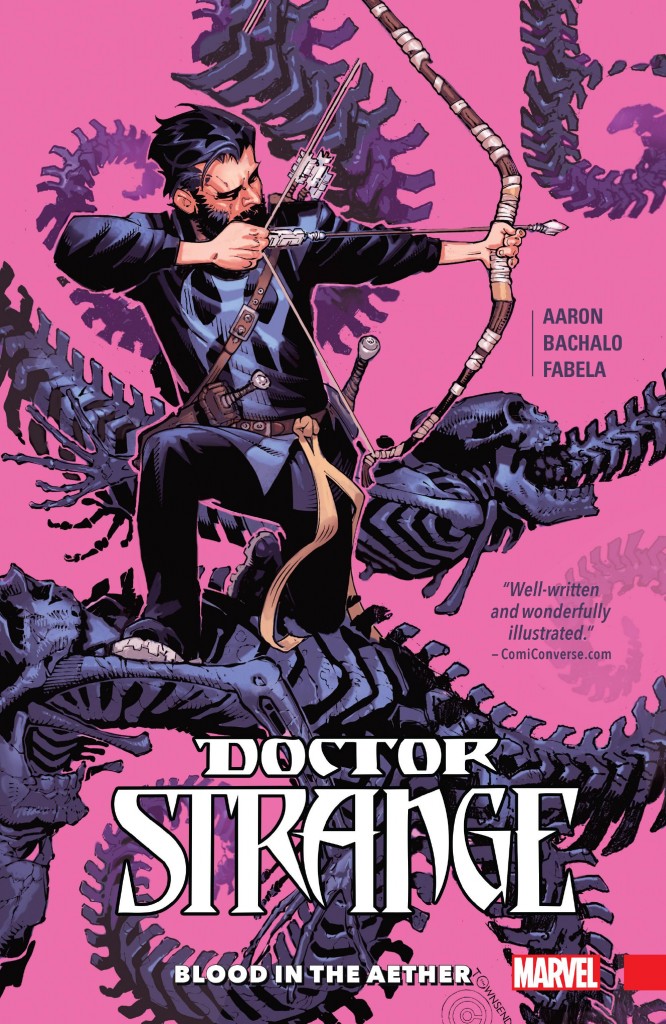 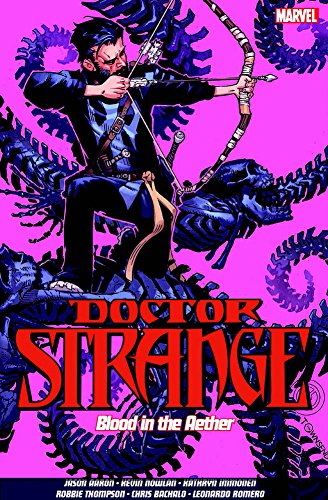 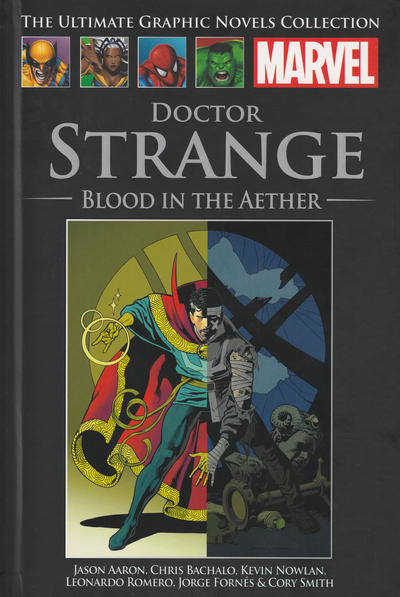 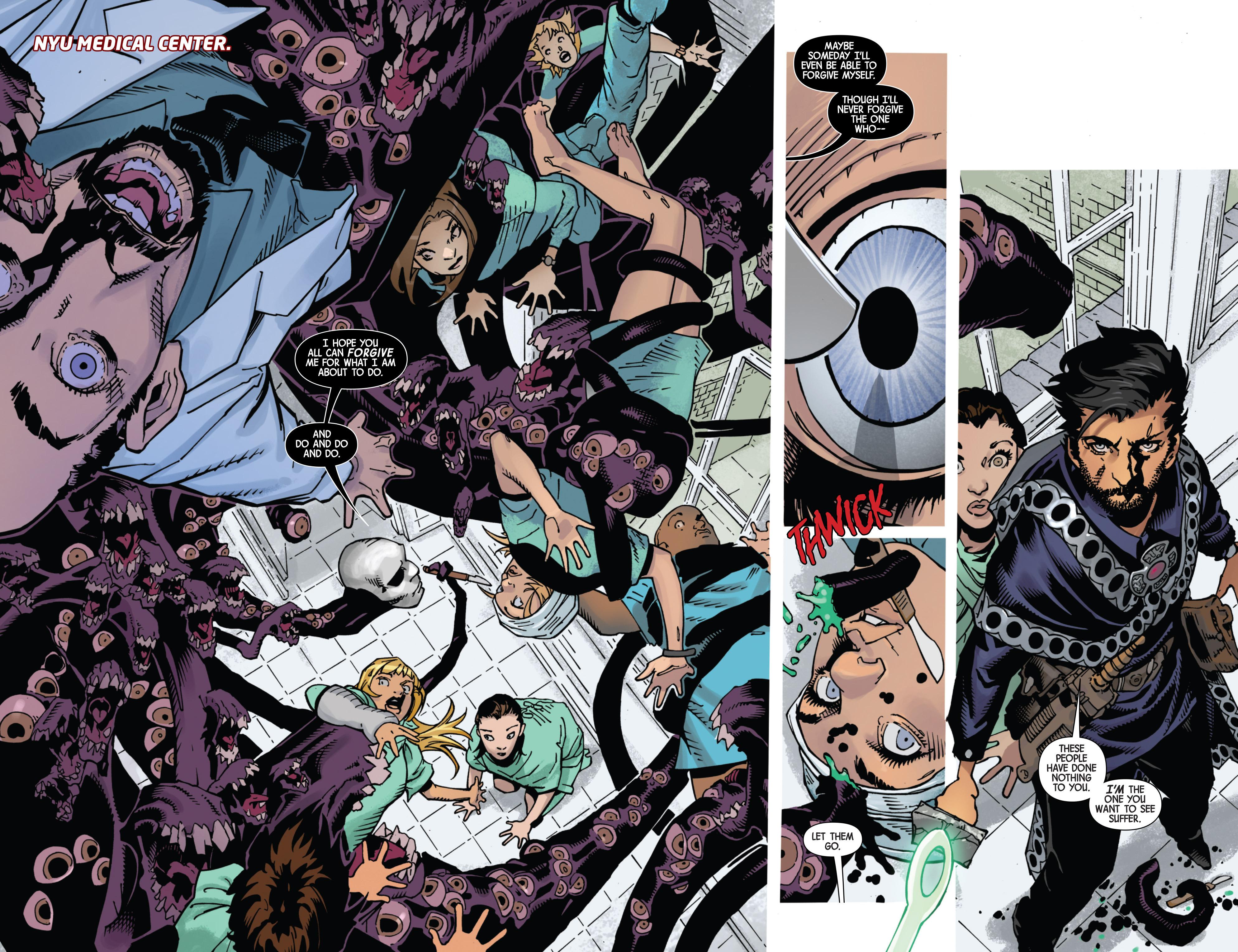 To be blunt, Doctor Strange, and magic in general, was left in a pretty pickle at the end of The Last Days of Magic. The war was won, but at a terrible cost. It’s not overtly stated, but much of Jason Aaron’s opening chapter appears designed to equate Stephen Strange with his movie version, then just hitting cinema screens. The rules have been rewritten, and old magic may no longer work, but the opportunity exists to create new magic.

It’s an uncertainty to which Doctor Strange has to adapt as best he can, and as noted early, it requires that he now carry around all sorts of accessories to enable what he once achieved with a wave of his hands. A trip across New York back to his home now requires a cab.

There’s no loss of enthusiasm from Chris Bachalo after two volumes of magic. His pages still pack in detail and exude style, but there are fewer of them in this collection as Jorge Fornés and Cory Smith also contribute, and the opening chapter switches between the always welcome Kevin Nowlan and the slightly grittier Leonardo Romero. They’re all good, but Bachalo has so imprinted himself on this incarnation of Doctor Strange that even Nowlan comes off second best. The needs of the story require many of Strange’s old foes put in an appearance, and Bachalo gets to deliver his version of each. His Baron Mordo and Dormammu are slightly modified, but traditional. The real gem is that instead of the pasty goth in a leotard of old, Nightmare lives up to his name, a demented, twisted creature.

There’s diversion to Aaron’s tour around the magic practitioners of old, and he definitely moves Doctor Strange into horror like never before, but the nagging, and never answered question, is why none of their magic abilities appear to have been affected by what’s occurred. As a joke we see the new Hell’s Kitchen, and a couple of other surprises, not least Aaron dipping back into the events of the hardly sparkling Original Sin crossover, but the wonder is all in the art, not the plot. We already know Stephen Strange as principled and resourceful, so Blood in the Aether comes over as marking time as Bachalo shines.

It’s also available as a hardback in the UK as part of the Ultimate Graphic Novel Collection.