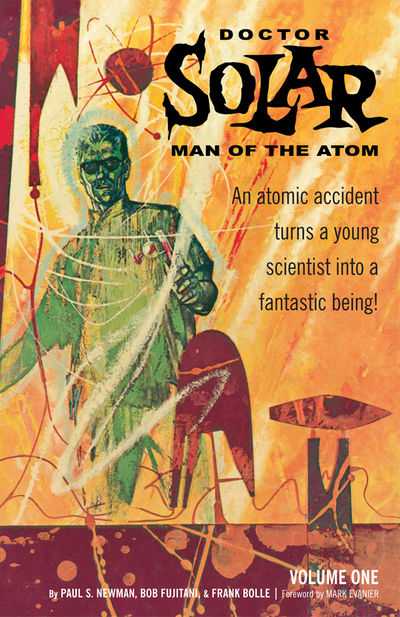 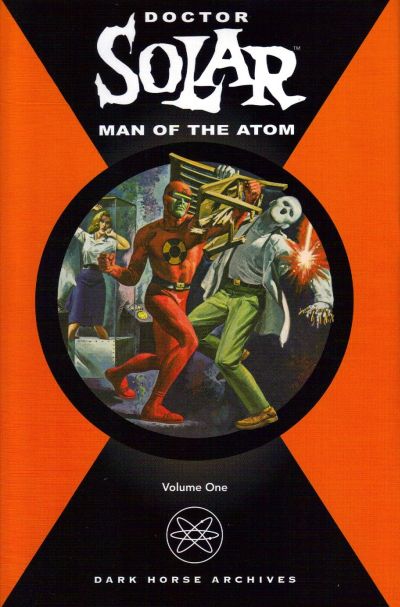 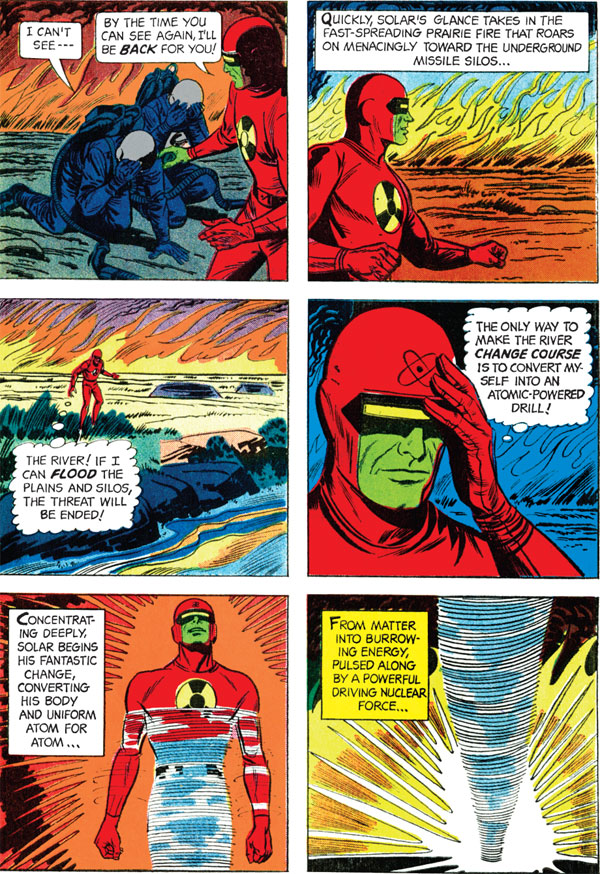 Under their Dell imprint, Western Publishing had been a major player since comics’ earliest days, and for reasons clearly explained in Mark Evanier’s erudite introduction, their titles were rebranded as Gold Key.

Despite the quality, their superheroes never captured the media spotlight of DC or Marvel’s costumed cut-ups. Gold Key’s most recognisable stab was an understated nuclear era star with the rather unwieldy codename Dr. Solar, Man of the Atom, who debuted in 1962.

Crafted by writers Paul S. Newman and Matt Murphy with art by Bob Fujitani, the two part origin ‘Solar’s Secret’ and ‘An Atomic Inferno’ began the series. It details how sabotage at research base Atom Valley culminates in the accidental transmutation of Doctor Solar into a (no longer) human atomic pile with incredible, impossible and apparently unlimited abilities. His very presence is lethal to all around him. The mysterious Nuro is behind events, and when his operative targets Solar’s girlfriend Gail Sanders, the reluctant hero – still learning his potential and limitations – must act fast.

Nuro’s then plots to use radio implants to turn Gail into ‘The Remote-Control Traitor’ before unwise atomic testing triggers tectonic terror for the entire region on ‘The Night of the Volcano’. By the third issue a solid pattern is in place. Solar’s research continues aided by his two confidantes, Gail and project leader Dr. Clarkson, facing a wide variety of nefarious challenges and unnatural disasters in two stories per issue.

In ‘The Hidden Hands’ the science hero becomes a clandestine globetrotter to foil a plundering terrorist with the power of invisibility, whilst Atom Valley’s own prototype weather satellite triggers atmospheric conditions that splits the hero into polar opposites in ‘Solar’s Deadly Double’.

Until now Solar’s superheroic activities have been conducted in a white lab coat, but big change comes with ‘The Crystallized Killers’ when Solar’s top-secret activities are exposed to a ruthless thief trying to steal the Atomic Ace’s latest elemental discovery. This, and his advancing mutation, leads to ‘The New Man of the Atom’ as Solar adopts a public masked persona and finally dons a costume. All whilst stopping an incipient atom war.

Artist Frank Bolle joins with ‘The Impostor’, wherein Nuro despatches a face-shifting automaton to infiltrate Atom Valley and discover the masked hero’s true identity: a saga concluding with spectacular nuclear combat in ‘Android Against the Atom’. When there’s a drastic drop in sea levels, Solar discovers malevolent extraterrestrials are behind the ‘Vanishing Oceans’. No sooner does he deal with them than ‘The Guided Comet’ covertly controlled by Nuro, simultaneously threatens human existence and acts as an almost-foolproof deathtrap for the Man of the Atom.

This charismatic collection offers potently underplayed and scientifically astute (as far as the facts of the day were generally known) adventures blending the best of contemporary movie tropes with the still fresh but burgeoning superhero mythology. Enticingly restrained, these action tales offer a counterpoint to the eccentric hyperbole of DC and Marvel and remain some of the most readable thrillers of the era.

This was previously collected in hardback, as was Volume Two. 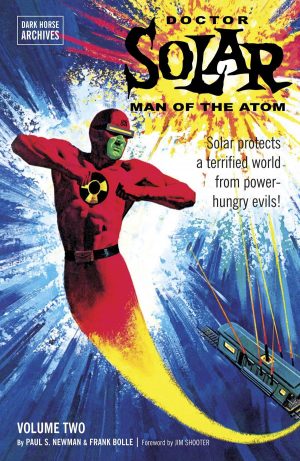 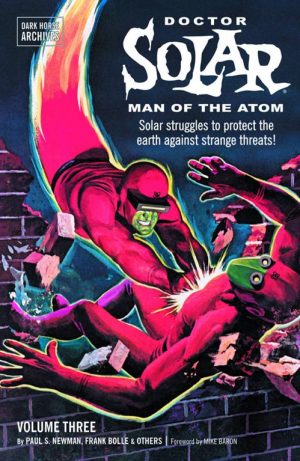 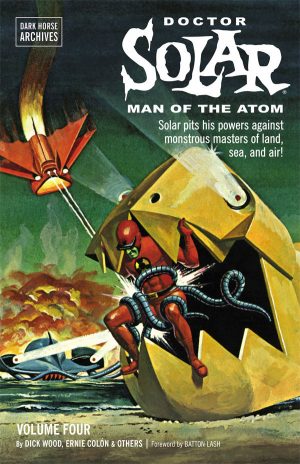