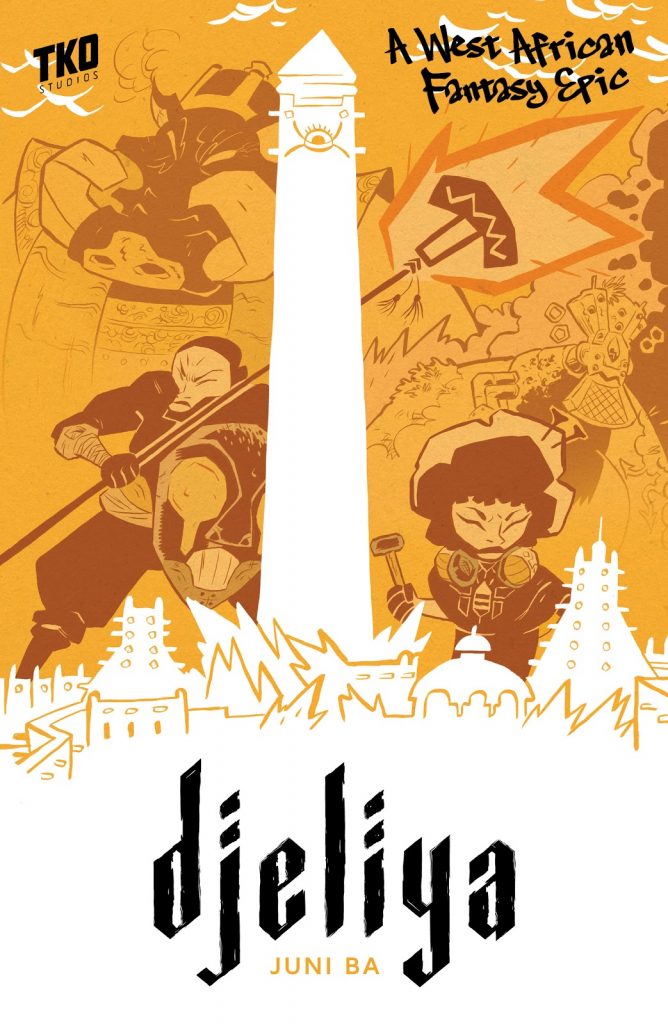 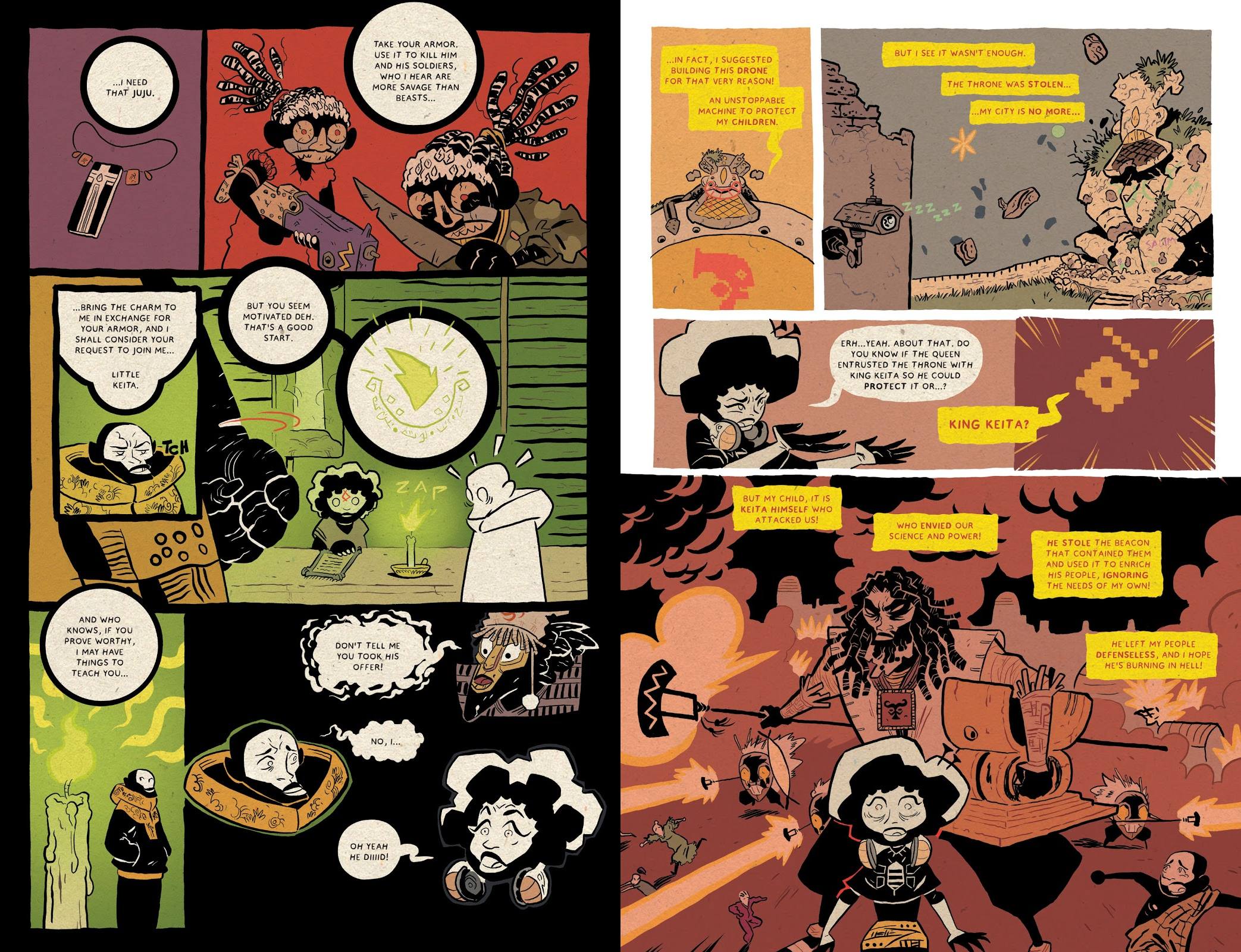 In the olden days the Djeli advised West African rulers and their people, guiding them and educating them via music and storytelling. Djeliya is an art that’s become corrupted, and its practitioners survive in the modern era the best way they can.

Juni Ba’s story is complex, frustrating and poorly told. Even skipping forward to read the author’s explanatory notes at the back before continuing, Djeliya offers no concessions to anyone unfamiliar with the African cultural touchstones used. There’s a considerable irony to this being the case when storytelling is a central theme. Was no editorial advice offered?

As best as can be worked out, Awa Kouyaté is a Djeli accompanying Mansour Keita, who’s from a family that once ruled, but whose power and influence is long gone. He’s rather a wastrel, seeking easy answers rather than genuine meaning, but Awa can only advise. They’re thrown into a miasma of cartoon animals and villains, a modernist cartoon culture applied to ancient characters whose adventures are part of a long oral tradition. Ancient stories are told as a present day mission continues.

If the meandering story fails to capture the attention, there’s much to be admired in Ba’s kinetic art, which is a far more successful integration of the traditional into the modern. There’s an imaginative use of colour and prodigiously original designs, Ba noting Cartoon Network as a creative influence. A fairly long interlude sequence strips away the colour, and diminishes the appeal of Ba’s art.

With art that good and strong folklore as a background Djeliya ought to be a treat, but it’s not. There’s presumably been no editorial input on the basis that TKO Studios generally work with established creators who know what they’re doing. This is Ba’s first graphic novel, and while he’s greatly talented, he’s desperately in need of the structural refinement sympathetic editorial advice could provide.