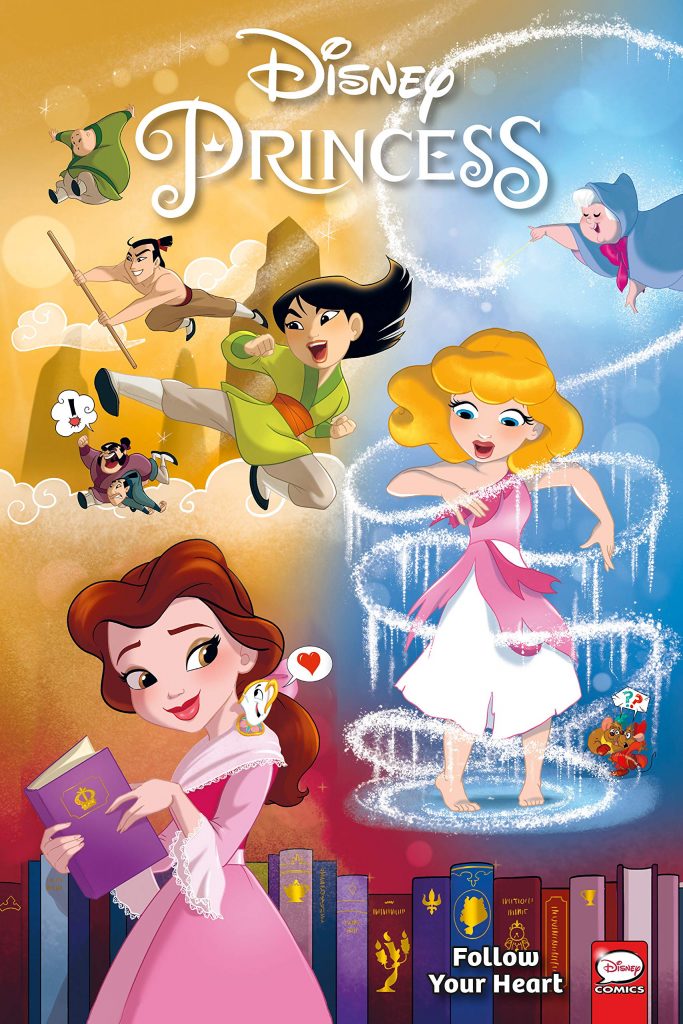 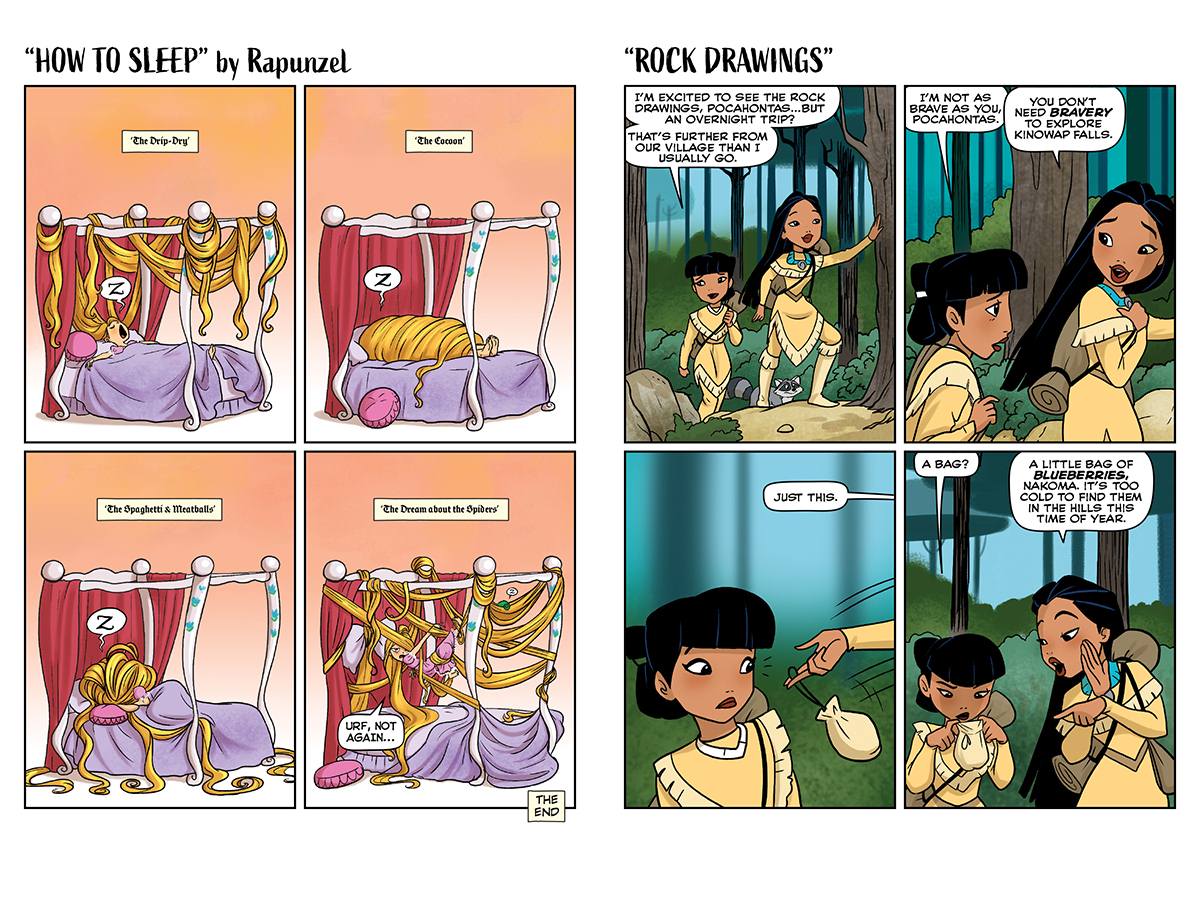 This traditional graphic novel sized Disney Princess book reformats the formerly landscape content first presented as four panel strips in Disney Princess: The Comic Strips Collection. It’s a mixture of one page gag strips drawn, and often also written by Amy Mebberson separating other strips running to several pages. A broad view of what constitutes a Princess is taken in order to include the female leads from all Disney films going all the way back to Snow White.

The amount of writers has increased, but there are still no credits for individual strips, so no indication which are written by Mebberson, and which are the work of Georgia Ball, Geoffrey Golden, Pat Shand or Patrick Storck. As previously, though, there’s thought applied to the jokes, which aren’t just generic gags, but require the personalities of the women to make them work, or sometimes their supporting cast. In some cases, however, it may mean readers not familiar with every Disney film may not get the joke. In order to aid the process, though, the opening pages feature thoughtful introductory pages for some princesses starring in the longer strips.

These are of varying lengths, with the longer ones including Mulan leading a meditation class, Ariel trying to play assorted instruments and Tiana and Lottie interviewing to find a date for Lottie. A particular treat is the opening strip of Snow White singing with the forest birds, beautifully drawn by Mebberson modifying her style and colouring to mimic the rich look of the 1930s Snow White animation. These strips are unashamedly aimed at the young girl who loves all things Disney, and are well tidily crafted to ensure maximum appeal for the target audience.

There are three other collections, with Gleam, Glow and Laugh the next issued, but as there is no continuity each book can be read individually.