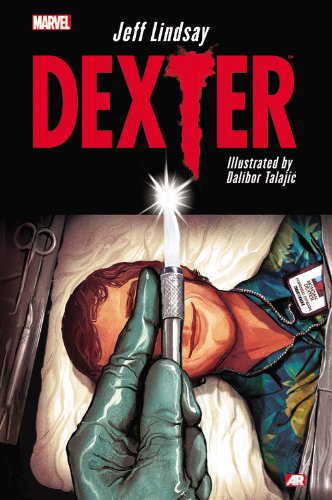 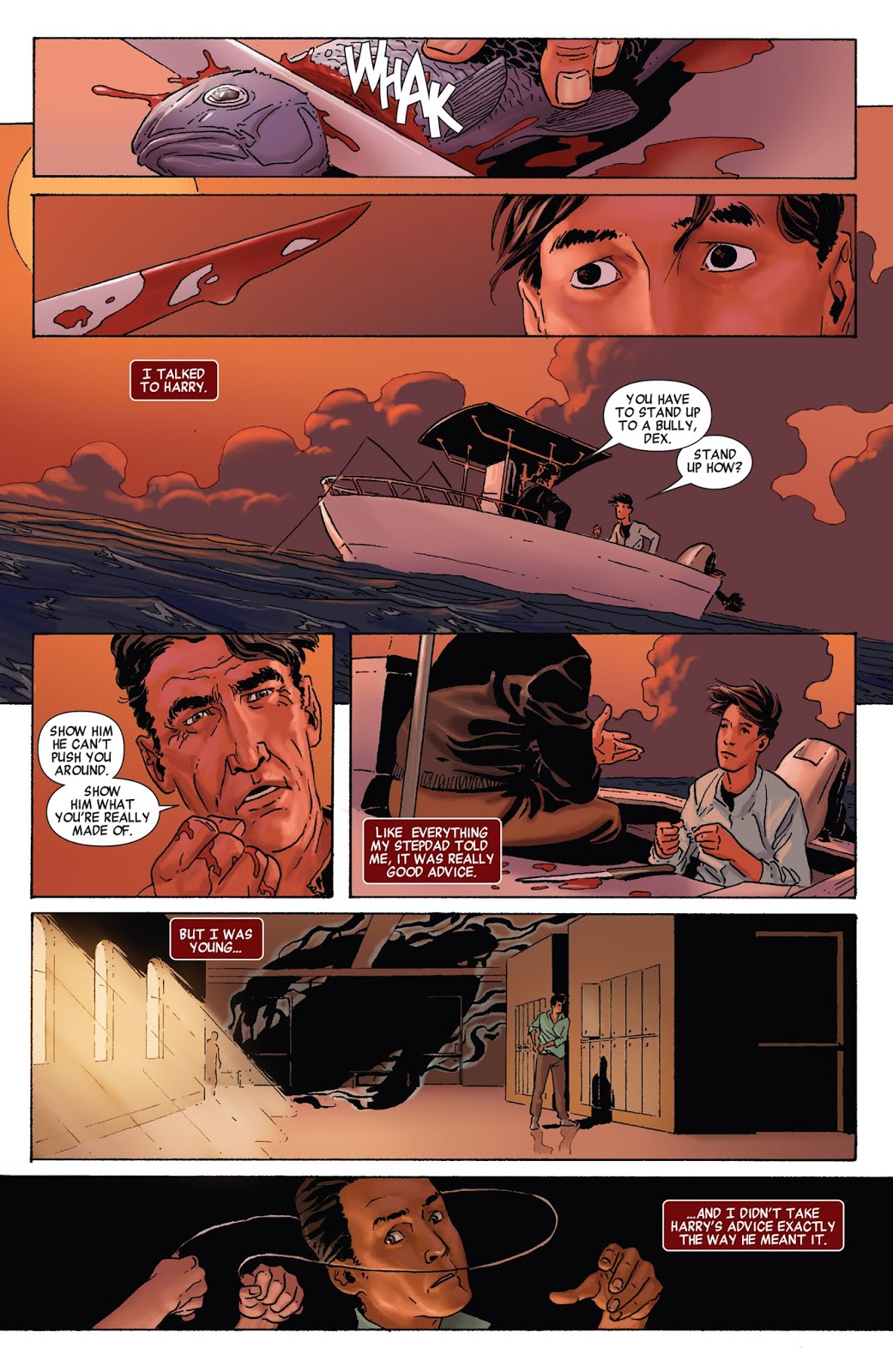 With tales of serial killer Dexter a stylish TV hit, having a knock-on effect on sales of the original novels, some form of comic adaptation made commercial sense, but it’s surprising to see it handled by Dexter’s creator Jeff Lindsay. He comes up with one hell of a hook as Rita insists Dexter attends the High School reunion he’d intended to avoid. This is problematical. Since his school days Dexter has learned to conceal his sociopathic tendencies, but dealing with the school bully back in the day he wasn’t as careful, and while Steve Gonzalez survived, he’s well aware of Dexter’s true personality. Gonzalez, however, has reinvented himself since his school days and now runs the New Hope charitable foundation helping the homeless, and is employing those who solve their substance abuse problems constructing an island resort.

Image likeness of Dexter’s TV actor Michael C. Hall obviously weren’t on the agenda, but artist Dalibor Talajić otherwise meets all expectations. He makes the most of the Florida location with brightness bathing all daylight scenes, puts the effort in background detail, and ensures when Dexter’s in a construction site it looks like work is actually taking place. The script calls for Gonzalez to be slimy, and Talajić conveys that well, along with the easy relationship Dexter has with his police detective sister.

The mystery of Dexter stories is never really who’s responsible for crimes earning Dexter’s attention, but how Dexter will be able to trap and deal with other serial killers. The extra frisson to his graphic novel is someone being very aware of what Dexter is, and so aware on one level at least of what may be coming. The prepared man is the one with a chance.

Lindsay adapts well transferring his writing skills to the comic format, using compact captions and never over-writing. He uses his own version of Dexter, rather than the TV show iteration, which dispensed with the idea of Dexter carrying what he refers to as his ‘Dark Passenger’, the instinct enabling him to recognise the dark in others. This is nicely illustrated by Talajić as a black mass with tendrils extending around and above Dexter. Perhaps Lindsay overplays the gag of Debs punching her brother on the arm, but otherwise he doesn’t put a foot wrong. The scam central to a series of killings is well conceived, and the detective work is well paced, so fans of either the novels or the TV show ought to enjoy what they’re getting. Lindsay and Talajić follow up with Dexter Down Under. 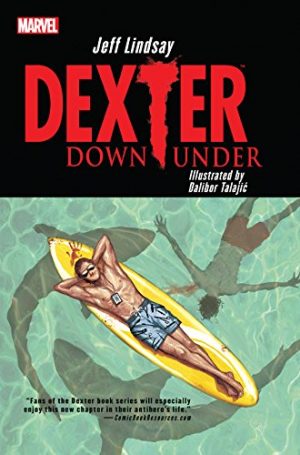