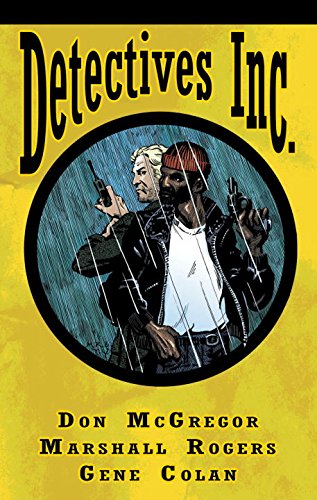 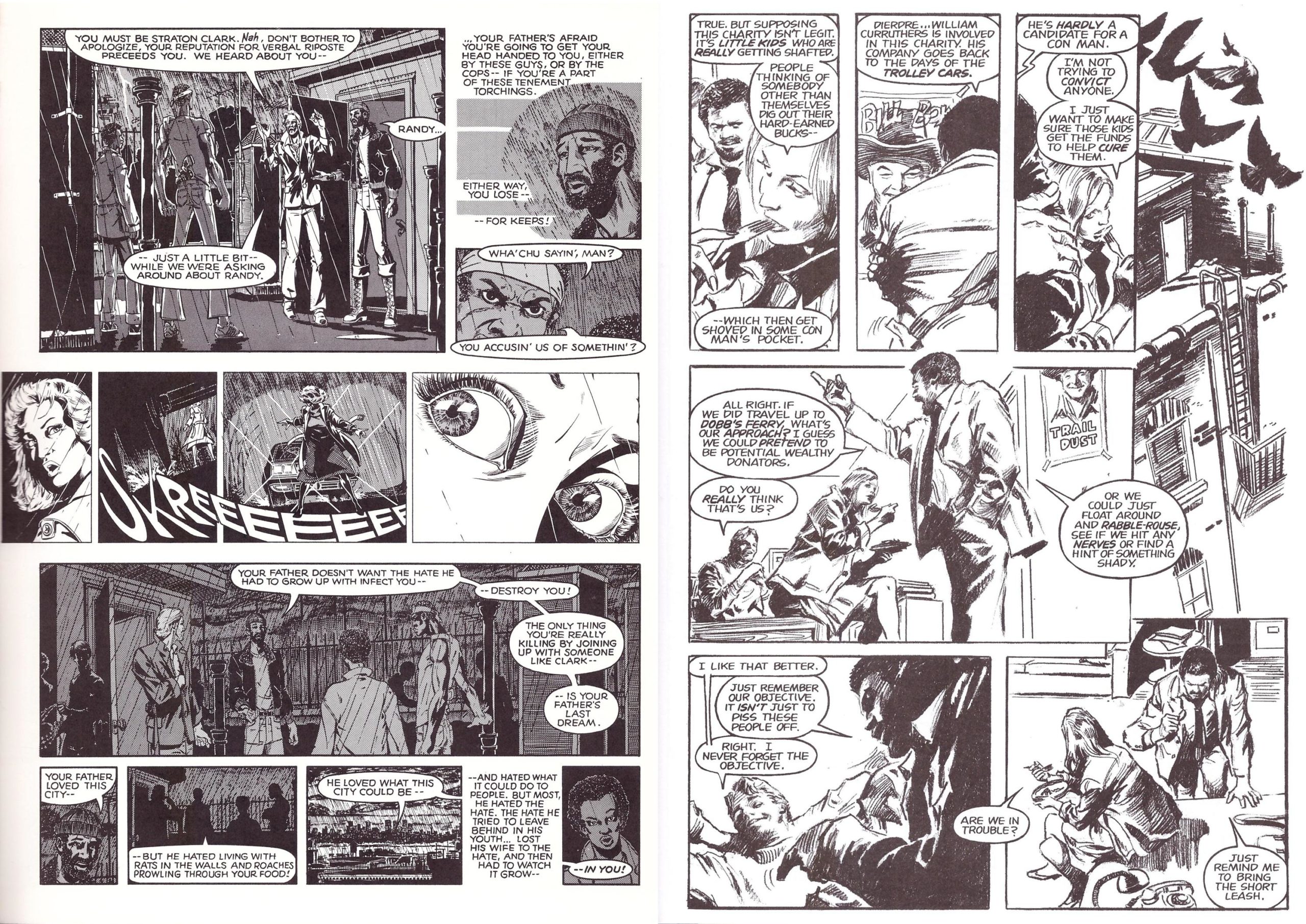 Detectives Inc. unites Don McGregor’s two 1980s stories about a pair of New York detectives, their troubled personalities, and their run-down world. Because the two stories look so completely different it’s almost as if there’s been a mistake at the printer in pairing them.

In 1980 the creative combination of Don McGregor and Marshall Rogers was pretty well the peak of dream collaborations. McGregor’s literacy never built a big enough audience at Marvel, but earned constant praise, while Rogers had been a commercial success and award-winner on Batman (see Strange Apparitions). Freed from the constraints of the superhero publishers by a new market of specialist comic shops, they opted for New York crime noir, two detectives, one reflective and troubled by a killing, the other plain troubled, with massive amounts of pent-up anger regarding his failed marriage.

To be fair to McGregor and Rogers A Remembrance of Threatening Green was commended when first published, but it’s not aged well. While both creators may have resented editorial interference when working for Marvel and DC, its removal is a case of giving them enough rope to hang themselves. Rogers’ pages are a parade of design prioritised over basic technique, weightless, poorly constructed figures floating over intricately constructed background detail, and McGregor’s writing is leaden. He’s aiming at creating fully rounded people, each piece of dialogue and every narrative caption building these, but so much is just piffle, and white detective Bob Rainier a car crash of a man, yet intended as tragically heroic. Also damaged by time (and Rogers’ objectifying portrayal) is what’s intended as a sympathetic look at a lesbian relationship and unreasonable prejudice, with Bob representing the leering attitudes of men. Almost every emotional reaction is ramped up, and McGregor lets his cast ramble on and on and on to little point. Wade through that and the core is melodrama.

Five years later A Terror of Dying Dreams followed, this time with the art reproduced from Gene Colan’s pencils. It’s aged far better. McGregor now examines the topic of domestic violence, and his outrage transmits. Without exploitative content the subject is more realistically handled, and no easy solutions are provided beyond feeding into a murder mystery. McGregor’s also toned down the banter, which now works as dialogue instead of writing, and the difference of having an artist whose priority is telling a story is immense. This isn’t prime Colan, the black and white reproduction creating an absence in his pages that would usually be filled by colour, but the cast have a previously missing depth and weight, and the eye isn’t constantly distracted by poorly drawn people.

Crime graphic novels were a real novelty when these two stories were originally published, and it’s now difficult to imagine the leap forward represented by the genre alone, wiped away by time. The second is still readable with a valid point to make, but there’s little to redeem the first. 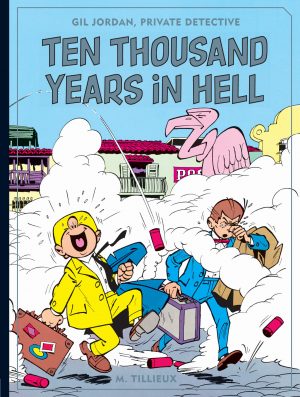