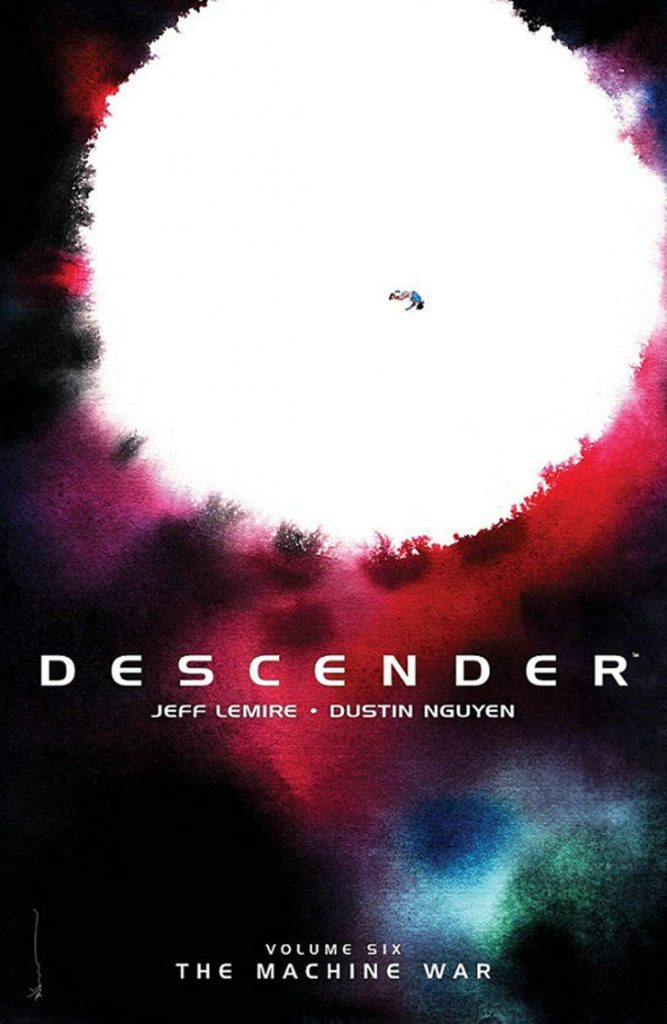 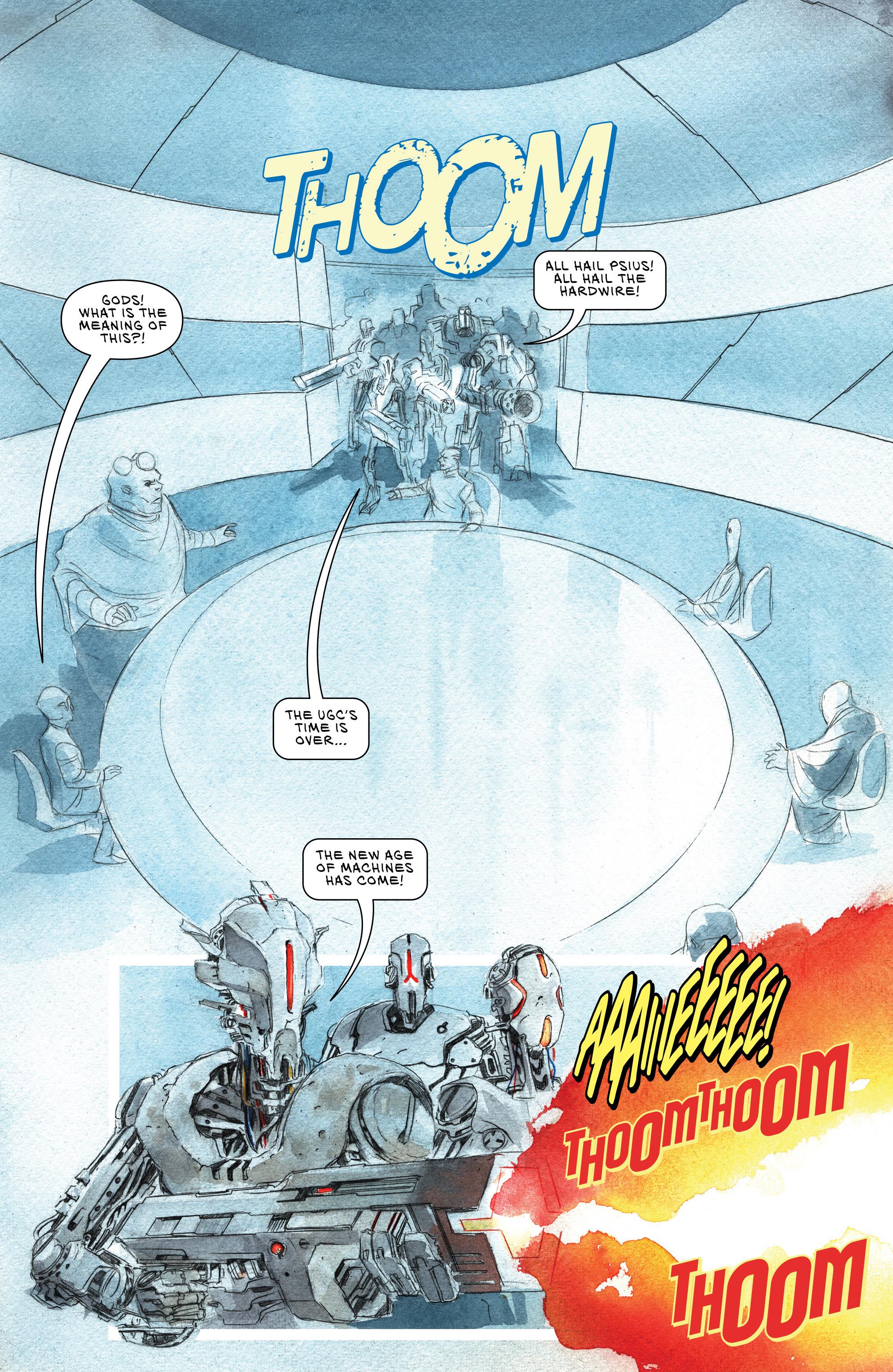 If you’ve read Descender this far, you will likely suspect that while The Machine War is billed as the last book, it is not the end. Reading Jeff Lemire’s commentary will confirm that it is the conclusion to a sterling series, but also the start of a new one for Lemire and co-creator Dustin Nguyen. So let’s begin at the end.

After Rise of the Robots there is this unsettling notion that humanoids as creators of artificial life might be the reverse. As Tim-21, Telsa and Qoun reach their destination they learn the truth of the Descenders. With it comes revelation about the sudden and devastating emergence of the giant robotic Harvesters, the threat of their return now a dangerous reality only Tim-21 can stop. Elsewhere the Machine War rages as the Hardwire incites a deadly purge of organic life in retaliation for years of abuse. One robot stands apart. The mining droid Driller seeks redemption for past sins he curiously regrets. Has he found a way to redeem himself and save the galaxy? Andy, Effie and Blugger are close to finding Tim but Andy has a choice to make. Torn between his love for Effie and Tim, he battles his own bitterness and a survival instinct bred in by years alone. As violence intensifies and each side battles for dominance, the choices of a few will doom or save them all.

There are a number of themes you could ascribe to The Machine War. It could be a tale of revenge or a call to rebel against constraints. Perhaps it’s an ominous oracle that karma will one day take a meaty chunk out of humanity’s collective buttocks for all the bad stuff. The impressive and frustrating aspect of Lemire’s writing is you can totally get why the galaxy wants rid of robots. On the other hand you also understand why the Hardwire feels that all organic life should be made to feel the taste of their own lash. As reader you sympathise with a character’s actions before suddenly berating them for a stupid choice or dogmatic stance. Who is right and who is wrong? Is anyone? Plot twist after plot twist changes your perception time and again, and while some characters are vile there’s that suspicion that they are only that way in order to survive. Link that with the way Nguyen paints his cast so approachably and it’s not hard to see why Descender has won fans across the board.

Artistically Nguyen has an impressive talent to vary his styles on demand. Whether crafting those little details that define each character or splashing epic collages across the pages, he has consistently produced superb work across the series. Were you expecting any different for the finale? Nguyen has produced good work for big publishers like Lil’ Gotham, but sadly in the comic biz you tend to be defined by what characters you work on. It’s a reality he reflects on while stating that being able to define and imagine the characters is what he found so attractive about working with Lemire on Descender. It certainly has brought the best out of him, re-defined him and elevated his status as a unique illustrator.

Lemire had a vision of how Descender would start and finish but that changed over time. Allowing that to shape the story results in a good, if climactic, ending. It will continue with Ascender, a follow-up series set 10 years in the future within a changed world. Lemire blending his trademark dark fantasy with Nguyen’s experimental landscapes is a tantalising prospect.