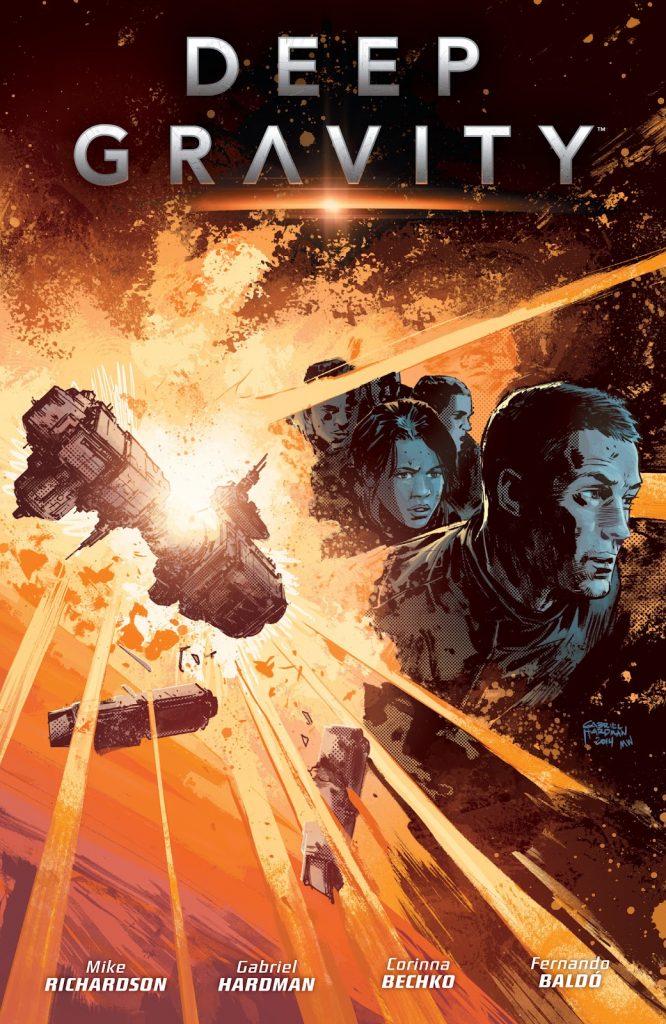 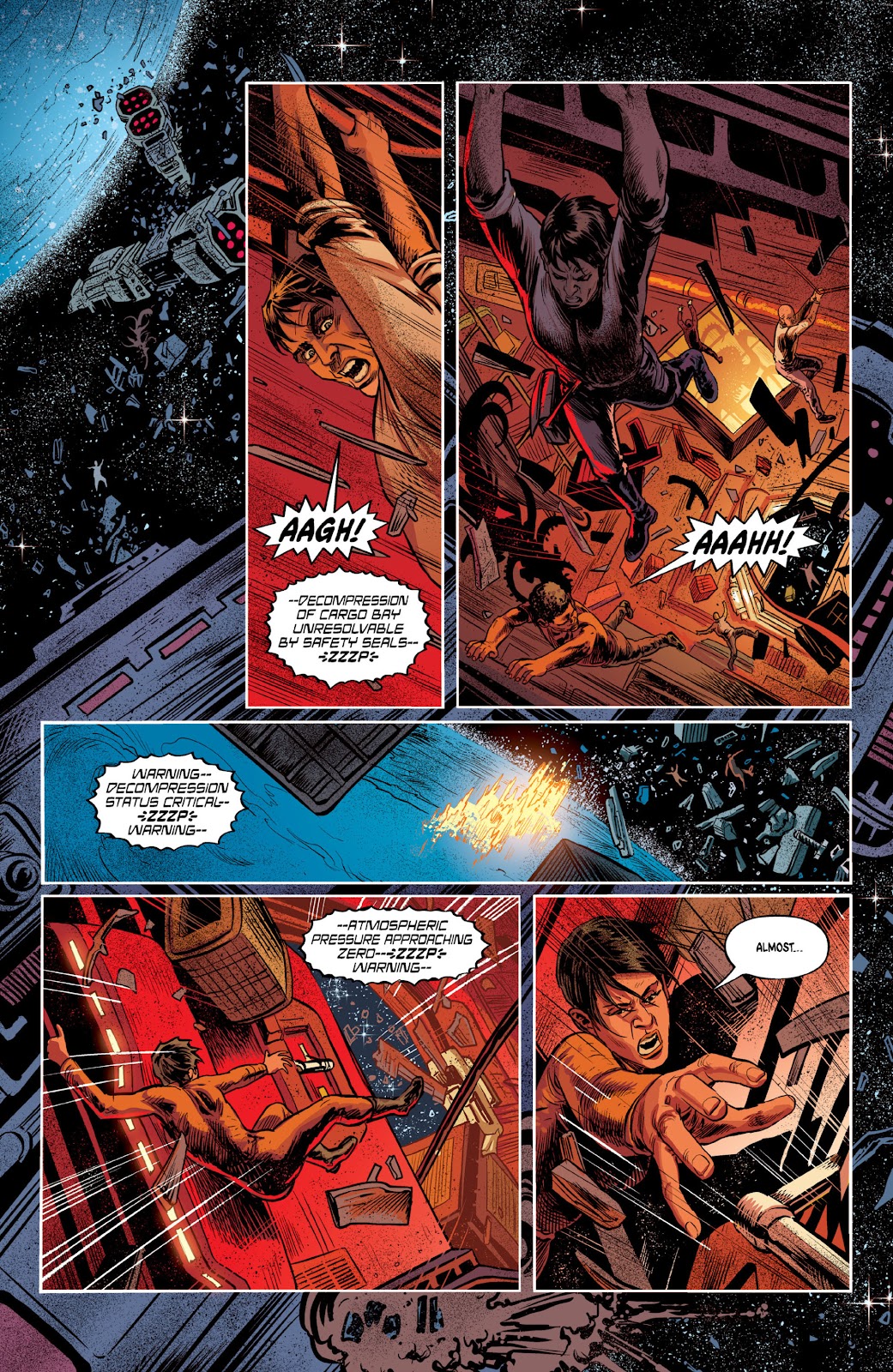 Sometimes a straightforward short, sharp movie-blockbuster style yarn in the manner of Aliens or Avatar is all you need to make your day, and if so this slim compilation is just the ticket.

The narrative territory chosen by plotter Mike Richardson is well-explored, but eternally rewarding and begins with a little lesson on cruelly exploited exo-planet GILISE MG452: Poseidon.

Circling a red dwarf, the biological goldmine takes three years to reach from Earth, which is about as long as any human can survive there. Miners, scientists, trappers, security grunts, support staff and techs are all scrupulously rotated out every thousand days or so by Maelstrom Science and Technology Corp which has the sole and exclusive license to mine Poseidon’s extensive resources. It’s not just the excessive gravity and high background radiation. Poseidon is a wet swampy world of bugs and monsters that all hate humanity.

Scripting from Richardson’s plot, Corinna Bechko and Gabriel Hardman begin with engineer third class Steven Paxon floating into near-disaster fixing a glitch as Deep Space Freighter Vanguard approaches its destination. Inside Captain Chadwick is again arguing with Drummond, the company Efficiency Officer. The commercial contract to exploit Poseidon is extremely coveted and ferociously defended under the harsh scrutiny of government oversight. With Maelstrom determined to keep profits high, the luxury of fully qualified, First Class – i.e. unionised – technicians and engineers is one the bosses have controversially decided they cannot afford.

The latest tri-annual changeover is about to begin and the next five weeks are going to be phenomenally busy, but as the newcomers undergo orientation, which is basically stay in base compound, don’t go anywhere and remember everything here wants to kill and eat you. Paxon is getting increasingly nervous. The sub-par engineer was once a major player in Maelstrom’s Structural Design Department, but took a low paying job just to get to the fetid hellworld. He even stayed awake for the entire trip, unlike the majority of replacements who made the journey in cryo-sleep. As his recently defrosted friend Greg Werner keeps telling him, no woman is worth all that.

They haven’t been on-planet for more than a few hours when disaster strikes. Taking a curious look through the perimeter fence Greg is attacked by a toxic monstrosity. He is envenomed and loses his legs before the security teams can even react. Already depressed, Paxon then meets Michelle, the girl he chucked everything for and came light years to apologise to, but she’s still angry even after all this time. He has no chance to make amends though, as one of her horrific but valuable specimens breaks loose in the compound at that moment.

The five weeks’ rotation transition is packed with such incidents, delays and debacles, and as departure time looms Paxon still hasn’t resolved his issues with Michelle. That’s when Greg informs him he won’t be going back with him on the return trip. Werner’s injuries are too great and he can’t heal in cryo so he’s stuck on Poseidon until the next ship arrives. After which the tale leaps into high gear.